After the years of seeking, on my terms, I felt like I was being stretched for endurance.  Yet God met my desire with a question. Will you marry Me?

Proposing: Will You Marry Me? 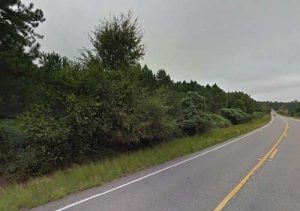 I was driving over to St. Simons Island to pick up something for Martha.  The trip from Atlanta to St. Simons is grueling. You kind of feel like you’re in a film loop.  All you see for hours is the same thing—flat, green nothing! During this drive, the Lord blew my mind. He asked me a question. The words came: “Will you remain single for Me?”

These words carried a wave of emotion.  First of all, I wanted a wife and children.  I’d even had prophets come a few times, unprompted, picking me out of the congregation to say, “Soon, you will be getting married!” So my first response was to be crushed.  I wept for hours. I had to count the cost of this. Marital and familial desires would have to die upon my answer of yes. I’d be seen as an oddity among Christendom, which bows at the altar of marriage. People would assume I wasn’t sexually whole. I would have to face life being often solitary, a dread I faced regularly as an only child. The question, “Then who will I grow old with?” shook some deep level of inner security. And then the obligations – my parents always wanted grandchildren. The list went on and on.  And all I knew was that my answer wasn’t allowed to be a “Yes” and then “Just kidding.” He was asking me to give Him something that would mark me for the rest of my life.

Yes to His Question: Will You Marry Me? 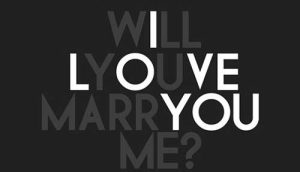 Well, towards the end of my drive, I finally gave Him my answer. “Yes, I will remain single for You.” And I have to be honest, there was a motive for self in this. When I realized what I would be giving up for Him, I thought about what I would gain. I figured that if I gave this to Him, maybe it was because He had a deeper plan for my life.  And just maybe, the plan was that I would be married to Him.  I thought, “Now I will have the intimacy I have desired with You!” So the tears were turned into joy.  Why would He ask me to give Him something and not fill the void with Himself?

I believe the above question is the reality, but it too would be satisfied on His terms. In my next post, I’m opening up a part of my testimony that is very private. I mentioned it at the “Love Reigns” conference upon His request, and write about it here for the same reason.

MY DELICOUS BRETHEREN, I JUST LOVE YOU.YOU ARE A TREASURE TO US HIS BODY.AS I SAW THE WAY YOU LOVED AND SERVED SISTER MARTHA, MY HEART WAS FILLED WITH JOY OF KNOWING WHAT THE LORDS PRECENSE IS IN A MENS SPIRIT.YOU HAVE BEEN SET APART FOR THIS HOUR. HIS COMING IS EMINNENT, YOU HAVE BEEN PLACED IN THE FRONT LINES.YOU HAVE THE FAMILY THAT DEARLY LOVES YOU AND APPRECIATES YOUR KIND AND GENTEL SPIRIT.YOU PREACH IT, BUT YOU ALSO ARE LIVING IT. GOD IS SMILING AT YOUR OBIDIANCE. MAY THE LORDS PEACE AND BLESSINGS BE WITH YOU IN CHRIST LOVE… Read more »

Wow! I will be Pondering this Today.

This is just so poignant. I will keep in silence for a while to listen and learn and absorb all this into me.

Bless you John and thanks for sharing your story and the bare, gut wrenching reality of the cross. But to gain Father God as our inheritance, to know and be known by Him is a pretty sweet deal. Is does cost everything. Consider yourself hugged today by a big sister.

How can our humanness even begin to handle it?!

Wow, John…Wow, I just don’t know what else to say. Bless you for your obedience! I can only imagine the richness of the blessing that has come and is yet to come into your life for this act of consecration to the Lord. What an inspiration!

My dear brother in Jesus, thank you for being a channel of His love. Thank you for yielding yourself to Him and allowing His Life to flow through you. You are a testimony to Jesus’ goodness and faithfulness when we present our bodies as a living sacrifice to Him. I am encouraged and humbled by your words.

When we purpose to allow God to fill our need of Him – when we choose Him, ALL of Him, most often His suffering isn’t part of our thought out “deal”. As a young (adult) Christian it only made sense to me that if I wanted ALL of Christ then His suffering would be included in that ALL. So I questioned others about their thoughts on the subject in Sunday school one day and was met with a resounding, “Oh no! He loves us too much to ever want us to suffer.” So for years I’ve (most often) quietly carted… Read more »