For out of His fullness (abundance) we have all received [all had a share and we were all supplied with] one grace after another and spiritual blessing upon spiritual blessing and even favor upon favor and gift [heaped] upon gift.
John 1:17 AMP

Grace is the unearned and undeserved favor of God, and we can’t help but feel it and be moved by it even though we can’t see it at work. Confrontation is the Sword of Truth in action, and grace travels with truth. There is an absolute place of grace in spiritual confrontation. Grace enables the one called to confront, and grace prepares the one being confronted.

The Place of Grace in Preparation 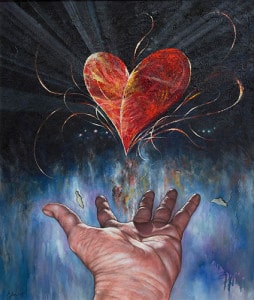 If the Lord calls you to confront someone, you can know with absolute certainty that you aren’t going in first. The Holy Spirit has been at work preparing the way for the Word that He’ll be speaking through you. In many ways, spiritual confrontation is the equivalent of ground troops moving in to route the last surviving enemy soldiers after the air force (Holy Spirit) has bombarded the area, disabling the most effective of the enemy’s defenses.

We are not sent in to confront someone without the Holy Spirit working on his or her heart beforehand. There is grace upon grace for the one who is confronted…ALWAYS.

By the time the Lord sent someone to confront me, He’d already been speaking to me, calling out to me, doing all He could to get my attention in private. I had to be confronted because I would not heed Him when He came to me quietly. Confrontation was an escalation that I set in motion because I wouldn’t listen. But believe it or not, one of the best moments I’ve ever shared with the Lord came after a confrontation.

I was on my face in despair over who I was and suddenly I began to see all the times He’d tried to show me this sooner. I could see the move of His hand, turning me this way and that, coaxing me to lift my eyes. I saw the ripple move through my life before peaking in confrontation. I was floored by the attention to detail of the brilliant and relentless hunt for my heart that God undertook. He really did KNOW me. And His commitment to mowing down every obstacle to my belonging to Him and Him alone was staggering. I experienced God’s love for me so deeply that day that I’ve never recovered – nor do I wish to.

The Place of Grace in the Act of Confronting 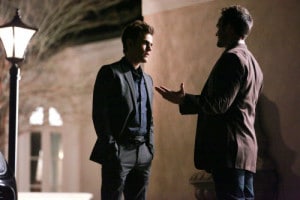 It is God’s grace that enables us to confront when we’re called to do so. The Holy Spirit needs a clean, uncompromised vessel to confront. Since we’re not dealing with flesh and blood but with angels and principalities, a door left open to the enemy is disastrous.

If I confront someone while I’m still hurt or offended by their sin, the enemy has a door to walk through. If I confront someone with unconfessed guilt of my own, the enemy has a door. If I initiate confrontation outside of the Holy Spirit’s parameters of delegated spiritual authority, then I’ve opened the door to the enemy and invited him and his minions into my home to do as they please.

There is a work of the Spirit powered by grace to remove my flesh from any part of the confrontation. Sometimes it’s quick, and sometimes it’s painfully drawn out, but always it’s required.

The Place of Grace in the Aftermath

2 Peter 3:9 NASB
The Lord is not slow about His promise, as some count slowness, but is patient toward you, not wishing for any to perish but for all to come to repentance. 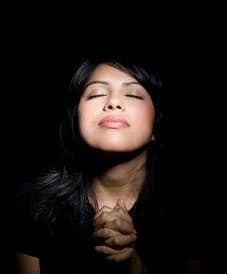 Grace doesn’t disappear when the confrontation is over, if anything, it ramps up. God desires “all to come to repentance.” He will move heaven and earth to deliver and redeem the heart that is truly broken in surrender before Him. This isn’t idle talk. This is my testimony. I’ve watched Him move mountains in my life so that He could draw me closer. The place of grace in confrontation is front and center – real and present and engaged. Just like the One it comes through.

John 1:17 AMP
For while the Law was given through Moses, grace (unearned, undeserved favor and spiritual blessing) and truth came through Jesus Christ.

Jen, certainly the Holy Spirit has taught you this… it’s exactly how He deals with us and as we ourselves should bring correction, speaking the truth in love. Bless you!

“I had to be confronted because I would not heed Him when He came to me quietly.” Wow! This is the lesson for me this morning Jennifer. Thank you precious one. Our Lord has given me such love for you and your willingness to share your heart.

Me too. Overwhelmed by the delicate yet firm spirit

Amen to Sam’s and Sue’s comments, Jennifer! All of the posts on this subject have been the best I have ever read or been taught. I see you Shulamites really have this thing down because that anointing runs down from the head and Martha has been so committed to this. Oh how the Body of Christ needs this revelation! Thank you so much for sharing!

Bless you Jen. Bless your heart. This is as real as rock.

OH this blog is so full of “grace” and “truth”” I can so identify with all of this in the confrontation that the Holy Spirit has orchestrated in my life. You have described it to perfection. Bless you all for this flowing of the Spirit through these blogs on Confrontation.