I have met nothing in my life but the jealousy of God. Everywhere I’ve sought affection from mankind, the Lord has set up a blockade to thwart my fulfillment. What I received as scorn, hatred, accusation and suspicion, has been God’s own doing. My Father desires for me to seek affection from Him alone. And like putting my hand to a flame, every attempt I’ve made outside of that has resulted in my being burned.

Jealousy for My Affection 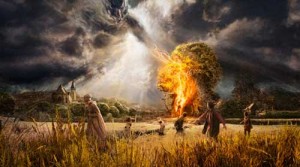 This view has been progressive and has taken years for me to accept. Though I’ve known it in my head for decades, my heart has taken longer to embrace this. As I look back on the pain of my burning, I see His face rather than the face of man. My forgiveness of abusive men and women has become easier as I see Him beneath their eyes. Their scornful, hating faces are but a facade placed upon God’s own righteous jealousy. They couldn’t have done otherwise; they were each anointed by God to deliver a blow. How can I blame them for God’s own doing? Their hatred was God’s passionate love.

I, a Gomer, would have tried to attribute things to my earthly lovers but my Divine Lover has turned every one of them against me. It wasn’t done out of hatred, no matter how hateful it felt. God passionately and demonstratively displayed His fervent desire for my attention, affection, and love. It was much like being thrown into a Lion’s den and consumed by His hunger. He will have no rival, and has chastened me everywhere I have sought another’s affection.

Surrendering to His Jealousy 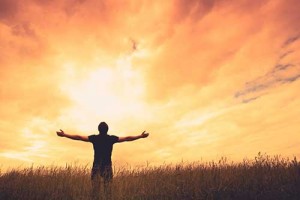 I surrender to His choice! I’m sorry that He must treat me so harshly to keep me from idolatry. I choose Him and an eternity with His affections over temporal tokens of fellowship. I will not fight His choice but ask for His Life to receive this expanse. I do know at the core of my being that I’m not being diminished or cheated but rather kept and expanded. It might feel like I am missing out but it’s a lie. This is God’s divine delay and promotion. I can’t say that I haven’t hated it because I’ve fought it all my life. Yet I again choose to receive rather than resist. It’s a privilege, not a punishment. If I look at it from the surface, my life is fraught with apparent withholdings. But if I inquire of the Father to reveal His heart towards me, I see His vehement flame burning for, not against, me.

Set me as a seal upon your heart,
As a seal upon your arm;
For love is as strong as death,
Jealousy as cruel as the grave;
Its flames are flames of fire,
A most vehement flame.
Many waters cannot quench love,
Nor can the floods drown it.
If a man would give for love
All the wealth of his house,
It would be utterly despised.
Song of Songs 8:6-7 NKJV

P.S. I saw this video the other day and it seems very appropriate to display my point.

I always love a good object lesson to illustrate a thought. Hope you enjoy it as much as I have!

Story of my life too John
Thank you for putting it into words. The video made me cry.

This pretty much wraps up my life.
Thanks for sharing

This is beyond deep my brother. Wow!

When we come to see not only others but ourselves through His eyes we see the Truth of His Love.
<3

Excellent Word John… Surrendering our rights (our righteous judgments) enables us to RECEIVE His love, His grace, and His power for His Glory.
Luke 18:17 “…Whoever shall not RECEIVE the kingdom of God as a little child shall in no way enter in.”

I can’t tell you how much that touched my heart . I have lived this for the last seven years and God truly has kept me. I knew he had to get the idolatry out of me, but your words this morning and that wonderful video has settled something inside me. I am blessed by it.

John, your message has left me undone and speechless. THANK YOU!!

P.S. When I saw that video on Facebook recently, I so thought of you and your days of shepherding! 🙂

Yes, at first I looked intently at this man because I thought it was John. Aha! But it seems he is a brother!

Oh my goodness John! I want to bawl my eyes out! Why is it that Love is so difficult to see, to understand, much less accept… Is it because it is so war-like? And how can our desire not collide with His and He not win over us who have been HIS idea from the start!! If I woud have it my way, love would be nice and sweet… Yet you chose again to recieve, and positioned yourself…and so must I. This is truely warfare if I have ever seen it… Yes, may Undefeated, Undying, Priceless, Burning Love have His… Read more »

Yes, Sandy. Thank you. It is really “war-like”. Beatiful thought.

thanks for 2 encouraging messages–and reminders

John, thank you so much for sharing this!

This is too poignant… but you’re right my friend.