Tempted to Hate by Open Wounds 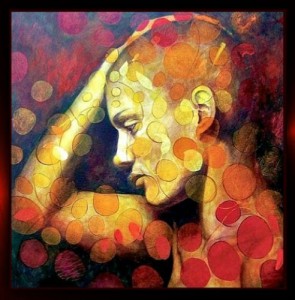 Every single time I have succumbed to hatred, there was an open wound in my heart that was poked. And that wound was ‘open’ because I needed to forgive the one who gave it to me. Sometimes it was a deeper forgiveness than the work of forgiveness I’d already done, and sometimes it was the realization that I hadn’t truly begun that work at all. Either way, I had been tempted to hate the person who poked at my open wound, a wound that was only open because I lacked forgiveness.

As soon as I forgave (or began to forgive, depending on the size of the wound), my irresistible urge to hate the person with the white-hot hate of hell itself simply disappeared. My open wound, while unforgiven, was a bridge to the demonic. Once I forgave, the bridge was torn down. I might still be tempted to hate, but the enemy was no longer in the camp, so the love of Christ could fill me unopposed.

Tempted to Hate the Word Vampire 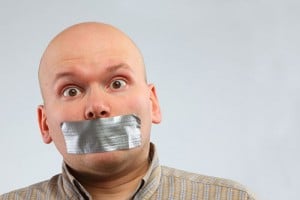 I met a man a few years ago, before I was born again, and I hated him. I loathed everything about him, but I couldn’t have told you why. I just said, “Everything that he says and does and all that he is just rubs me the wrong way. I can’t stand him!” Then I was born again. Though the intensity of my hatred was lessoned considerably, I still struggled where this man was concerned. Why couldn’t I conquer that hate? Wounds.

This particular fellow is a word vampire. He sucks your life out by bombarding you with words until death seems like a nice, QUIET escape. It doesn’t matter who he’s talking to because that person doesn’t really exist. It’s always about him – what he’s doing, what he’s done, what he’s going to do, and what he knows. The only questions he’s ever asked me are rhetorical in nature. And after years of struggling to love him in any way, the Spirit revealed the open wound that this fellow inadvertently pushed with every selfish syllable that fell out of his overworked jaw: not being seen.

With three brothers, three sisters, and only two parents, the fear of not being seen is an old, OLD wound from when I was quite little. And let me be clear, my parents were engaged and attentive; they weren’t the problem. The sheer amount of competition for their attention made me fearful on that score. And that fearful wound was stabbed every time I encountered this word vampire whose every life-sucking sentence screamed at me, “You don’t exist! You don’t matter!” I wasn’t just tempted to hate him. No, hating him actually felt like self-defense, and no wonder.

Tempted to Hate but Saved by Forgiveness 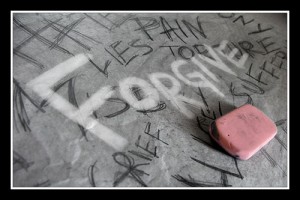 After the wound was identified, I forgave my mom and dad for the truly heinous crime of being human parents and procreating more than once. I forgave my brothers and sisters for the unbearable rudeness of being just as needy and greedy for love as I was. And I forgave myself for the near unpardonable sin of being both selfish and vulnerable as a child. Now when this word vampire comes around, I occasionally groan but I don’t hate him. I can see him for the very broken man he actually is rather than the hideous and tormenting ghoul I was compelled to hate before.

I’ve since experienced the Lord’s love for this man, and I’ve even had the unction to pray for his healing and a radical encounter with Jesus Christ. It feels like I have my heart back and that’s what I want. I want to have a heart that’s vulnerable because it’s wide open to the Lord, not because it’s compromised.

It just all became more clear. Thanks Jen!

oh Jennifer, forgiving and overlooking another’s faults gives them their heart back as well as my heart back. This has to be wisdom from above. TOO compelling not to desire this divine love and power to forgive. BLESS you, dear.

Yep… it was such a joy to read this today. Jennifer, you expressed it brilliantly. I think we all meet people who tempt us to hate, each according to our different conditions, backgrounds and “open wounds”. As for me, the Lord has been confronting me deeply to do a work of “recognizing” before Him that I do not differ that much from my worst enemy or the worst sinner that we read in the news. That has brought a lot of releasing and has taken away condemnation and draws me near Him. Most times, He tells me that the “unrepented”… Read more »