…casting down arguments and every high thing that exalts itself against the knowledge of God, bringing every thought into captivity to the obedience of Christ…
2 Corinthians 10:5 NKJV 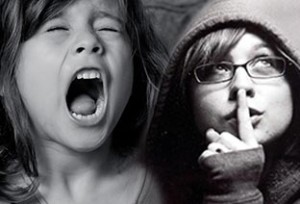 Blurty was wide-open with her thoughts and opinions and pronouncements. She often blurted out whatever thought came to her mind. Tightlipped rarely spoke, and when she did, her words were carefully chosen and considered. Tightlipped never spoke out of turn or spontaneously.

For years, Blurty was regularly corrected for her many blurts. She was taught the importance of discretion and she learned that many of her thoughts were unkind and unloving. Blurty learned that words can hurt people, and she learned that she could be hurt by them, too. Blurty experienced great humiliation many times, but she also became familiar with the truth of what she thought and why.

Tightlipped listened intently to others and decided to speak only the things she knew they would like. As a result, she was rarely corrected because she so rarely said anything that the listener found objectionable. Tightlipped became a chameleon, with different thoughts for different people. She learned that this was easier than being corrected or having people be disappointed in her. So Tightlipped gradually lost touch with the truth of her own mind and heart.

Over the years, Blurty changed and grew, maturing into her own person. She knew what she could live with and what she could not. Blurty was a woman who knew her own mind. She never stopped being corrected, and she would still say the absolute wrong thing from time to time, but she also never stopped learning and growing.

Tightlipped neither changed nor matured. She simply grew more skilled in the presentation of thoughts and words that had no actual root in her own heart. Because of that, she was stunted in her growth as an individual. Tightlipped had left the truth of her own heart and mind to chase the illusion of love and approval found in mimicking the hearts and minds of others. She was rarely corrected, but she was also rarely loved. It’s hard to love a flickering illusion.

Only God’s Silence is Golden 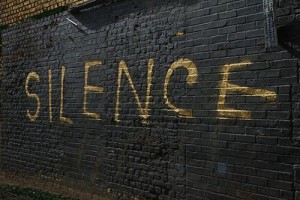 This is the story that the Holy Spirit gave me to show me that there are worse things than the humiliating failures of my Blurty-ness. I have not appreciated the Lord’s keeping of me in even the weaknesses I was born with, but I am genuinely grateful now.

Over the course of my life, I have often cursed my indiscretion, my blurts, my spontaneous utterances and proclamations. I’ve hurt other people with my words and I’ve hurt myself as well. I’ve known crushing humiliation caused by my careless tongue and foolish thoughts. But now the Holy Spirit has come down on that self-cursing with a sledgehammer. He showed me Blurty and Tightlipped and said, “Enough!”

The Gift of the Cross that Brings Silence 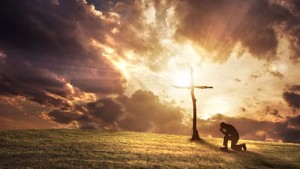 I will no longer curse my Blurty. I thank God that He exposed me to the Light when I would have hidden away. It’s been the saving and sanctifying of me.

This is so me and I am grateful for not only the confirmation but also the divine application of it in my life which has brought new and sweeter fruit. Thanks Jennifer!

Indeed a story from the Holy Spirit. I also bless you.

Nailed as tight-lipped so living in delusion!!!!! This is awesome post: I have been corrected. Father bring me to the taming of tongue by the Holy Spirit thus freedom and truth!!!!
Bless you dear one for again your heart’s honesty.

I am right there with Sue!! Oh my, what an eye-opener for me! Thank you Jennifer!