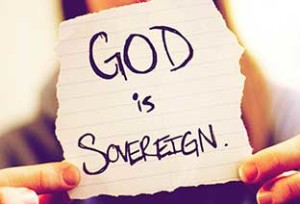 The other day during a time of ministry to someone, Martha said, “If you do not believe in the absolute sovereignty of God, you will not see that you have a Shepherd.” Since I first met Martha, her message through teachings, in her books, booklets and other writings and most importantly, as manifested through her life, has been the absolute goodness and sovereignty of God. I have witnessed her response of bowing and worship to many of life’s challenges sent from the hands of the Father over the years. Over and again I have witnessed the evidence of the foundation God has built in her life of the unshakeable belief in His absolute goodness and sovereignty. And I have witnessed the Shepherd carry her and keep her and transcend through her and bear rich fruit for Himself even in the most difficult suffering and circumstances that issued out of that belief.

Foundation of the Prophet

Her statement, that if we do not believe in the absolute sovereignty of God, we will not experience the fullness of our Shepherd, brought to mind when the Lord called Don home two years ago. The Shepherd picked me up and carried me and transcended in and through me above and beyond what I could imagine. Even through my grieving and sorrow, there was a very real “peace that passes all understanding” deep in my spirit that held me. How could that be? It was during that time that the Lord began to reveal to me the foundation of His goodness and absolute sovereignty that He had been mysteriously building in my life. Until that crisis, I really had no idea just how or even if He had been building that foundation.

Reward of the Prophet

Often I have quoted that scripture, as the Holy Spirit would bring it to me. It has been made very real to me through the experience of it over the years, and most significantly at Don’s passing. Even the other day, when Martha made her statement, I became more keenly aware of the connection between that verse in Matthew and the peace I experienced after Don went home. I realized that as I have received Martha as prophet and authority in my life, I have also received her message and reward in many things, including a growing foundation of God’s absolute sovereignty and goodness. The measure of that foundation, I believe is in direct relation to my reception and surrender to the authority God has placed in my life. 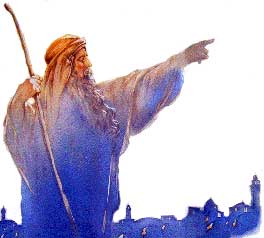 There are many insights and revelations that the Lord gives to each member of His Body and those revelations and expressions of Himself are imparted as in Ephesians 3:21; by “submitting yourselves to one another in the fear of Christ.” As I receive and ‘submit myself to ‘another in the fear of Christ’ in the Body, led by the Spirit, I have received many of their insights and revelations out of their own absolute surrender to Him—‘a living impartation,’ as John says. He is the reward ­– more of Him, His message and His ways. There is an incredible promise in Matthew 10:41, to receive the reward of the prophet by receiving the prophet and the reward of a righteous man by receiving the righteous man. But there is also a condition: receive. Amazingly, more often than not, therein is our stumbling block…

Strong’s Concordance #2983: lambánō -“actively lay hold of to take or receive,”– properly, to lay hold by aggressively (actively) accepting what is offered; emphasizes the volition (assertiveness) of the receiver.

Dictionary: to accept as authoritative, true, or accurate : believe; to act as a receptacle or container for; to permit to enter…

As I receive and ‘submit myself to ‘another in the fear of Christ’ in the Body, led by the Spirit, I have received many of their insights and revelations out of their own absolute surrender to Him. Carol, that was a wonderful understanding of scripture imparted. Thanks for sharing.

Yes, thank you Carole, this brought to mind at the last “LOVE REIGNS” conference how God struck with HIS staff that I had not bowed to HIM through this prophet in my life and had not completely blessed HIS sovereignty.
BUT, in repentance and many tears I am believing for HIS blessing on Martha, and all Shulamite that HE will restore all the “years of the locust have eaten”, because I too have witnessed how GOD has blessed this ministry and this precious Martha for HIS purposes that bring GLORY to HIS SON. AMEN and AMEN Carole.

Thank you Carole, for this revelation. It is true that when we receive one another, submitting each other, we are giving way to the Spirit of God to move in the Original Freedom that is His nature.