Jennifer asked me a question the other day: “Does the motivation of a murderer make a martyr?” For instance, if I’m a Christian and my murderer kills me but they’re motivated by the color of my skin rather than my faith, does that mean I’m a victim of a hate-crime instead of a martyr?

As I thought about it, I realized that martyrdom is something so much higher than the mind driving my killer or my proximity to something sacred. Actually, martyrdom may not even have anything to do with the murderer at all. Martyrdom is more about the spiritual realm than what we can even see. The intention of the murderer’s heart may be motivated by something entirely different than the devil that is driving them.

Martyr Made in Charleston Church 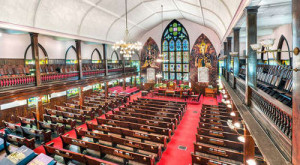 We’re hearing about this in the media even today. Dylann Roof sat in a church with 12 beautiful people for over an hour before he decided to finally murder them. His six-month plan would definitely be enacted. He was demonically motivated by bigotry and extreme hatred. He was going to kill some blacks that were violating his world. So if his motivation was the color of their skin, and this possibly was not directly about their faith, would they be martyrs?! That is a very limited view of this event. Firstly, it was performed in a church at a prayer meeting and Satan knew what he was after, even if Dylann thought it was about something else.

Martyrdom is a highly spiritual event and involves the heart of the martyr. Ultimately it has everything to do with Satan’s assault and hatred. He can use any tool he chooses. ISIS, KKK, deranged individuals acting out their hatred—all the devil needs is a vessel motivated by him. And I don’t necessarily have to be in the act of proclaiming my faith to be a martyr. Those Coptic Christians murdered by ISIS were led to a beach and martyred because they stood for Christ and Satan used whoever he could to kill them. Were all of them martyrs? Only God Himself knows, because God makes martyrs. Only God Himself can deem a death to be martyrdom. And He Himself is the Rewarder of their sacrifice.

Martyr a Reward of God 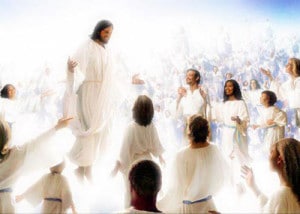 Being a martyr is a privilege! It’s a gift rewarded throughout eternity. Dylann killed 9 beautiful saints, precious to God and now in His presence.

So I say all this to declare that Dylann’s motivation doesn’t determine the spiritual position of those who died in this tragic event. They may all be martyrs because the battle is not a worldly one. Racism drove Dylann, but the devil had his own agenda. Satan’s only a vessel used by God to make a martyr. It’s God who calls a martyr; everything else is just assisting in His promotion. Martyrdom is the highest privilege.

When the Lamb broke the fifth seal, I saw under the altar the souls of all who had been martyred for the word of God and for being faithful in their testimony.
Revelation 6:9 NLT

Blessed is the one who perseveres under trial because, having stood the test, that person will receive the crown of life that the Lord has promised to those who love Him.
James 1:12 NIV

9 SLAIN IN A SHOOTING AT HISTORIC CHURCH
CHARLESTON, SC 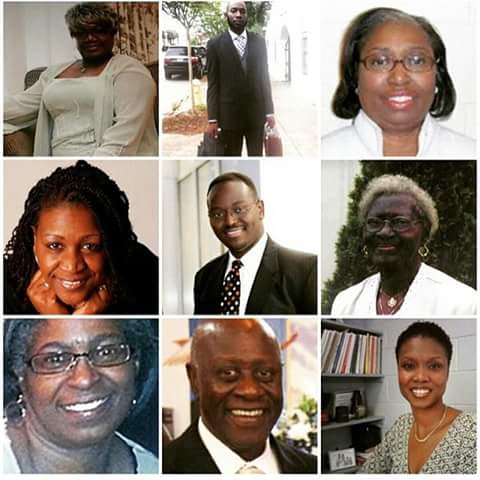 […] half of whom were killed in cold blood. And we’re not talking about just churchgoers either, but a family! These are people who lived and worked together, and loved each other. They dwelt together daily […]

0
Reply
Episode #475 – Heart of a Love Letter from God - ShulamitePodcast.com

[…] their relationship, their living relationship. Even when John was talking about on the blog the Charleston shooting, that wasn’t even a commentary to me. That was how all of that affected him with God. And he […]

Many of the family members of those killed stood up in court to call Dylann to account for what he did AND to forgive him for it. It was absolutely beautiful and amazing! http://abcnews.go.com/US/dylann-roof-hears-victims-families-speak-1st-court/story?id=31896001

Yes, what a beatiful testimony. This young man and the evil behind it miserably failed, probably the worst failure ever. They got right the opposite, just because they messed with the wrong people, because His people prefer dying themselves rather than missing His Love. Only His Love can forgive. Only Love can manage this increasing evil.

Again, so glad to see these issues being addressed according to God’s word. Great question & good insight Shulamite.

Thank you so much John for remembering our brothers and sisters in Christ in such a moving way. Also, thank you for including their pictures as their faces reflect the glory of our Savior. I ache for their families who are suffering with grief and am praying for comfort. You have also given me much to ponder in your statement: “Satan’s only a vessel used by God to make a martyr. It’s God who calls a martyr; everything else is just assisting in His promotion. Martyrdom is the highest privilege.”

Thank you John. You put martyrdom on the line. We hurt with those who weep. May the Lord extend true forgiveness. We bless His name.

Bless you John for this “God-Heart” homily for these precious saints. These victims families, church community, and those believers in Charleston have shown the world that forgiveness is possible only through Christ. As that grieving mother said, “every fiber of my being hurts:” as we hurt with her.