“God created humans. We would be more. We claw to be more. We lie to be above human. But all things are given to the human. God relates ONLY to the human. Live in super spirituality, grandiose superiority, strength and confidence…and God is gone.”

—Martha Kilpatrick, “Being Human” from Heart of David article series

The Holy Spirit brings me back to this truth again and again and again. It’s an especially useful reminder when I’m overwhelmed. Few things are worse than feeling the depth of human weakness when there’s a lot to do and people are counting on you. Being human doesn’t feel like a gift then…it feels like a nightmare from which there’s no awakening. Loving me feels impossible in those moments. But today I’m sharing the Spirit’s reminder, because I doubt that I’m the only one who needs it: all things are given to the human.

Loving Me or Judging Me? 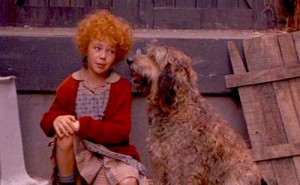 When I first moved to Georgia from New Hampshire, I was in second grade. On the first day at my new school, I was told that I was poor. I was absolutely shocked! When I asked why I was poor (ha!), I was told that my lack of troll-doll pencil (hee!), weird sandwich bread (homemade and delicious), and strange clothes gave me away. When I made the mistake of saying that we didn’t have a TV, I might as well have belted out “Hard Knock Life” at the top of my lungs. I was a marked girl.

In New Hampshire, none of the other students had stylish clothes or trendy school supplies or brand name snack food, so I had no frame of reference for rich or poor. We were all swimming in the same pool, at least in appearance. Also, we had food and church clothes and a house that was warm and smelled nice. I didn’t think that I lacked anything at all, so to be told that I did, and was to be pitied or shamed for it, stunned me to my core. I remember thinking, “I wonder if mom and dad know?!”

I cried, because even though I still wasn’t sure what it meant to be poor, these kids sure seemed to know and it clearly wasn’t good. I also cried because I felt my own helplessness down to my bones. I’ve never forgotten that feeling. It was my first real encounter with self-consciousness. And it’s as wretched now as it was then.

When Loving Me is Under Attack

I am only struck with the “burden” of my humanity when I look at myself with the eyes of the enemy. His eyes only ever show lack of any and every kind, and always as a shameful thing. Satan hates humanity, so his eyes are twisted and darkened. When I allow self-consciousness to take hold, I begin to look at myself and everyone else through that veil of hatred. My humanity becomes unbearably awful and shameful and sooner or later I’ll lash out at the Creator who dreamed us all in the first place.

Loving Me is Only Possible Through God’s Eyes 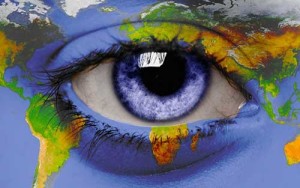 I don’t look at little children as pitiable creatures – “Aw, Timmy’s 4 and he still falls down when he runs downhill. What a clumsy git!” Or “Jane is 3 and she can’t even toast bread. Is she stupid?” Or “Nate and Jake are 5 and they still don’t have a paying job. Lazy much?!” If this was my view of small children, I would be a first-rate fool and a world class villain. Cruella DeVille would look rational and almost kind next to me! Yet I think nothing of condemning myself in comparable terms, and cursing humanity in general as well.

I am so accustomed to this evil view of humanity that I am often stunned by the delight of God. I am bowled over by His joy, and humbled by the peace that radiates from Him when I expect fireworks. I am slain by the hug He gives when I would kick me for the high crime of being human. When I gaze at Him, I see the world as Love sees. Loving me, loving the completely human me, is easy when I am free of self-consciousness and the devil behind it.

Above all things have intense and unfailing love for one another, for love covers a multitude of sins [forgives and disregards the offenses of others].
1 Peter 4:8 AMP

no Jenn, you aren’t the only one who needs this reminder that we are HIS human creation and that his LOVE covers the multitude of sins I could name, even this morning, that this blog brings tears and laughter. You are gifted in creating pictures with your words. Also thanks for sending me back to Martha’s writing “Being Human” from the Heat of David series.

An absolutely vital DAILY reminder for me!… And you explained the issue so true and clearly! Thank you Jennifer…

“Loving me, loving you” is living by faith, isn’t it!

I honour you, Jennifer, as the Lord’s mouthpiece.

As always, crystal clear and razor sharp truth,enfolded with the warmth and compassion of His humanity, making me laugh and cry at the same time!

I need to go there very often. If I do not tarry at His humanity much, I get deceived very easily by religious stuff.

You are valued and treasured as an authentic letter from Christ!

“Few things are worse than feeling the depth of human weakness when there’s a lot to do and people are counting on you.”. That caught me cause it is right where I am. Thanks Jen I so needed to hear this. I too will stop for a moment and think about how God looks at me. I take my eyes off the ‘view’ of Satan and focus on my Father. Thank you thank you thank you! I love confirmations!

Jennifer, I love it when you share episodes from your childhood. I can relate to so many of them and often the Holy Spirit shows me that I have yet to receive His healing for those scabbed over hurts. So thank you for being His vessel of truth and freedom as you faithfully tell His story of you. I am praying for all of you in these busy days of preparation for the retreat. Prov. 16:9.

Yes, I understand the welcome shock of His kindness and love. I felt it this morning. Having known very few feelings of love it always delights my heart and soul when I become aware of His sweetness. I am reminded who He really is. These verses were helpful to me today. 2 Cor. 1 “8 For we do not want you to be ignorant, brethren, of our trouble which came to us in Asia: that we were burdened beyond measure, above strength, so that we despaired even of life. 9 Yes, we had the sentence of death in ourselves, that… Read more »

Everywhere I turn in this post I find something more to spend time with.
I am full to overflowing…yet there’s so much left to chew on!

Hmmm… absolutely. Jennifer touched here on some amazing points. First, the devils’ hate towards humanity and his fight to own it to ravage it. Second, the love of God through Jesus Christ for that same humanity. Third, our hearing of one… or the other.

Yes, who do we hear?