I am the Good Shepherd; and I know and recognize My own…
John 10:14 AMPC

I just had the most amazing experience of being known by Jesus—not just known but protected, too! And I would have missed out on the whole experience if I had relied on ‘goodness’ or made an assumption rather than follow the lead of the Holy Spirit. 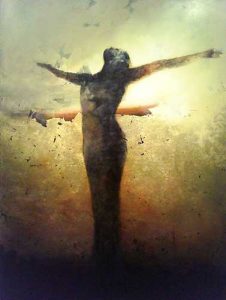 I wonder how much time God spends just pulling masks off His face that we, His children, keep putting on Him? I have been the queen of assumption – and can be again with very little provocation – but the Holy Spirit has worked tirelessly to bring me to Christ in all truth and reality. Because He is so faithful to sanctify me, this time I didn’t assume the worst.

I was faced with a choice of two parties recently: one that was big and bright and made me happy just thinking about it, and one that promised to be painful with a side of bamboo shoots under the nails. I had a brief thought that happy-fun-time was right out and third circle of hell was right in, but then I squashed it before it could fully bloom. I got quiet instead. To my surprise and joy, I felt no compunction about going to the big, bright party. Not even a twinge! I was completely settled about my decision being God’s will. Turns out, being utterly known by Jesus isn’t just an idea. He knows me, knows my wounds, and He moved to save me from a situation that would have gutted me like a fish.

Known by Jesus and Loved No Less 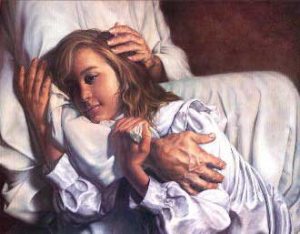 From start to finish, this whole incident has given me such an overwhelming assurance of God’s love for me. I feel cherished. It’s the way I felt when I was little and mom made my favorite meal. On the surface it seems such a small thing, but it’s the love and knowing behind the gesture that makes it priceless. God cherished me! And I find myself wishing I had another heart to give Him because mine just isn’t enough.

We are so deeply known by Jesus. But we miss out on His cherishing of us when we hold to our presumptions about Him. He isn’t who we think He is. He is so much more than we ever give Him credit for, and He loves us so much better than we can see in our blindness. I am personally known by Jesus, all the way through, and He loves me just as specifically and uniquely.

Now this is what the Lord says—the One who created you, Jacob, and the One who formed you, Israel—“Do not fear, for I have redeemed you; I have called you by your name; you are Mine.
Isaiah 43:1 HCSB