I’ve written about this before, but I had a new experience of the lesson and wanted to write about it again. “Dear John, it’s not personal!” It’s so easy to take things personally. I don’t have particularly thin skin but when things feel pointed, I can take it personally. Yes, I may get my feelings hurt or become offended, but God has told me repeatedly, “It’s not personal!” Oddly enough, nothing is personal for the one in Christ (more on that in a minute).

It Really is Not Personal 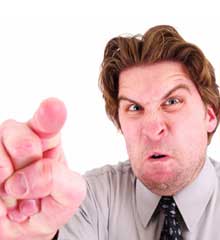 Today I went to the chiropractor. As I’ve described before, you wait in a u-shaped queue of nine seats to be seen by my doctor. I was in seat #5, waiting to be seen. There was an elderly lady sitting to my left and the next arriving patient would sit in seat #6 on my right. The next patient was actually a woman and her two young boys. From behind me, I heard her tell the receptionist that she wouldn’t sit in seat #6, preferring to be seated in seats 7, 8, and 9. She hadn’t gotten close enough to me to notice if I smelled (hahaha), so it couldn’t be that. And I was dressed normal, not like a vagabond or as if I had just come out of the gym. So what could it be? I could have gotten offended but instead I just let things play out.

After I was seen by my chiropractor and went to the reception to be checked out, I joked, “Do I smell?” The receptionist giggled and began to tell me that this woman has some serious problems in her life. She assured me that it actually wasn’t about me at all; this lady was just concerned that she be the only one sitting right next to her preteen boys. I replied, “I thought it was something about me.” She said, “Oh John, I thought you were kidding.” I was joking, but it was odd to have someone refuse to sit next to me. God would say, “Hey John, I told you it’s not personal!”

In my post It’s Really Not Personal I wrote this:

“If it’s true that it’s no longer “I but Christ” who lives, then nothing is personally about me. To live without taking things personally would be such freedom for my body, soul and spirit. Talk about uncompromising focus. If nothing was personal, you could live free of man’s influence. Neither their disdain nor affirmation could sway me from my focus on Christ, because nothing would be about me.”

Purposing to See It as Not Personal 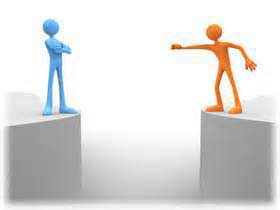 It is my earnest desire to live unaffected by others. There is such bondage in being effectible. Now, I don’t think I will ever live unaware, because that’s not how I’m made. But it’s one thing to be aware of others and quite another to be drastically influenced by them. My influence is the Life of Christ in the Spirit. This is how Jesus lived. He was aware of those about Him, He was even moved by their condition, but He wasn’t influenced by them. He followed the Will of the Father, not the whims of man. If He had walked about influenced by the will and hatred of man, He would have been a pawn for hire. Man would have swayed His movement and actions. This was the Father’s to do and His only.

Here’s another point. The reason it’s not personal is because I will never be as important to others as they are to themselves. Probably the reality of my visit to the chiropractor is that this woman wasn’t even aware of me at all. Most people are so focused on themselves that they hardly see anyone else. This isn’t a judgment; it is just the reality of humanity. We can be a bit narcissistic. So at the end of the day, truly it’s not personal at all.

You’re right John…
In the end, nothing really is personal..
Except Him!
Jesus Christ!

To accept that, I think is what changes how one aborbs interaction with others…

The Sheperd’s way: concerned of everyone and untouched; aware but unrelenting (in His purpose).

Ah… nice points you shared. It is my earnest desire to live unaffected by others. :)I understand you well. That’s a kind of prayer in your life, isn’t it? God may answer it not the way you like it!! I see Him already answering it making you FULLY aware of others, like the Shepherd is. It is poignant to see that your greatest weakness is God’s greatest gift for you and others. I would not worry about that weakness of you too much. Your calling is to be Shepherd… and in His Sheperdness you are being transformed to be aware… Read more »

“It is my earnest desire to live unaffected by others.” Yes! This has been a private (no longer) plea of mine for years. Often as I’ve witnessed God’s answer to this plea I’ve found myself involved in an inward battle that goes like this; “Boy Tammy! You could care-less!” “What!? I care!” “Well then, why aren’t you reacting (to whatever is going on)?” Then God, in His gentle, loving way reminds me, “Here is your answered prayer.” Bless Him! Bless Him! And then there’s this…”I will never be as important to others as they are to themselves.” Ouch! Are others… Read more »