I said to someone last week, “It’s such hard work to keep God away.” He laughed and said, “You need to write a post about it.”

I am remembering the first time, long ago, when I saw that many people – even professed Christians – can fight against God with ferocious effort.

For some years I had witnessed – up close – someone fight God’s calling, resist God’s evident love. This one made the whole God-affair so complex and heavy, then blamed God for being too difficult. And I was shocked to see that fighting God requires a monumental, exhausting work.

To Keep God Away is Harder Than Serving Him 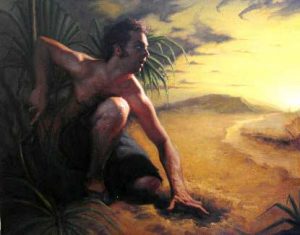 Ah, the one talent servant! There’s the proof of my statement.

And the one also who had received the one talent came up and said, ‘Master, I knew you to be a hard man, reaping where you did not sow and gathering where you scattered no seed.’
Matthew 25:24 NASB

Oh, what an accusation of the True Master! “He gave me almost nothing, less than He gave to others, demanded that I produce from a zero balance and then took away whatever I could have tediously labored to gain!”

Then you can blame Him for your rebellion…or try to.

‘And I was afraid, and went away and hid your talent in the ground. See, you have what is yours.’
Verse 25

The One-Talent fellow did nothing to discover the secret of multiplication ­– GIVE! He did no work but to dig the hole. Was the reason to keep it for himself? But he did have to work hard to excuse and live with his accountability.

The other two servants multiplied with seeming ease. They had no complaint about the hardness of the task. They received their portion and freely gave it back to the Master when He asked for it. Receive and give. Not so grueling.

Then an unexpected reward was bestowed on them, rich in honor and in joy!

‘You were faithful with a few things, I will put you in charge of many things; enter into the joy of your master.’
Verse 23 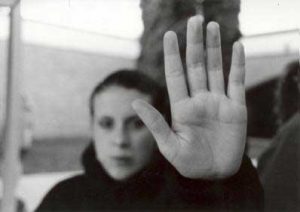 I know one who worked hard her whole life to keep God away, to keep Him from rescuing her. She refused His will, blocked His blessings, yet demanded them as her due. She lived for herself, about herself and alone by herself. “I Did It My Way” is not a good song to boast about.

She has now repented, transformed into a new chance and admits her foolish story. There is hope! But there are years of waste behind her that only God can redeem.

I confess I, too, thought it was the hardest thing to try to follow God. But I came to need Him, so I let Him in and found out I had a Marvelously Good Master.

To be a disciple who follows, the path is deadly, but not grim, tedious labor. He walks with you and tells you how to walk. The only work is to relax and flow with Him.

How miserable it is to fight God! There is no joy, no life, and no peace. There is only that looming shadow of an Immovable Force you cannot control or make go away. Alone, confused, bitter—that is the fruit of such hard labor.

To insist that you will have both God and you is an existence of futility and worse…it becomes a kind of madness.

Give up the fight.

At the terrible end of your unwinnable war, you will get what you chose – you will not have God. You will have only the empty you and the darkness you chose…for ever.

‘Throw out the worthless slave into the outer darkness; in that place there will be weeping and gnashing of teeth.’
Verse 30

The Bible is truly frightening if we were to read it, and yet it could radically change us…if we believed it.

Dear Martha, that last sentence you wrote was one of the best “slaps in the face” I have ever felt! If you know what I mean…

Dearest Sandy,
Well, you can imagine how I came to know that statement. (smile)
Bless you for hearing. Thank YOU for writing!

One can only send you, and those with you, a virtual hug and kiss from so far away! But it comes from the heart of someone who is always listening…