While I was watching TV this past weekend, I heard a man say, “All of us are heir to the idea that we die as a consequence of disobedience, and in that sense it is a punishment.” I was amazed at these words. This is an idea we all face, and it causes some of us to stumble. “If I am dying, I am being punished.” Though he was speaking of our final death, I wish to apply it to another death. 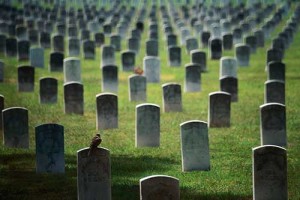 How many of us can say that death and the pain of our personal crosses feel like disapproval more than approval, anger more than love? I know I have from time to time looked at my personal crosses as more punitive than redemptive. “I am bad so God sends a cross to punish me.” Wow, what a warped way of looking at this.

A personal cross is for liberation. I am gifted through the work of the cross, not punished. Now, my resistance to the cross by choosing self-will over Christ results in chastisement, but the cross in itself is not punishment.

The whole process of death to self is my Abba’s way of fathering me. Christ Himself experienced this. Though He was God’s Son, He learned obedience through what He suffered (Hebrews 5:8 HCSB). The cross is not God’s anger and hatred; it’s His love to lead us closer. 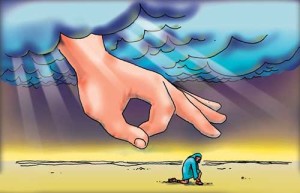 Death is not the enemy. It isn’t the nuclear option to deal with His awful children. Death itself is a passage that elevates. We all will experience death without exception, and not just our ultimate death. Every crossing of my will with His is a death. Everywhere I am given a choice to obey His will for my life rather than following my own path, the cross is present. And without fail, His will is always better, even if it doesn’t appear to be at the time.

So often, I’ve colored in the lines with Him having an angry face towards me when my will isn’t in suit with His—hence the punishment. But God is being my Father, preventing me from tanking my destiny in self-will exploits. These exploits may even have to play out a bit to make the scenario obvious, but when the cross comes, it’s to free me.

I write this as a defense of the cross, to say it’s the presence of His love not evidence of my disobedience. It’s corrective not punitive, His concern not contempt. The cross is not the enemy; its presence is proof of His love. No, it doesn’t always feel good, but it’s the evidence of His desire to draw me in closer.

But God forbid that I should boast except in the cross of our Lord Jesus Christ, by whom the world has been crucified to me, and I to the world.
Galatians 6:14 NKJV

Death does not punish but destroy ? Once the offender is dead , no memory of being alive or committing a crime or having been punished for it

Can you expound on this David? I want to answer it to the best of my ability and I want to make sure we are talking about the same thing. Bless you man!

“The cross is not the enemy; its presence is proof of His love.” John, this statement is so piercing……thank you!

So it’s our sin nature that is warping our vision of what is going on (who God wants to be to us and is doing with us.)
We are misunderstanding Him… Because of ourselves.
So, the amount of our misunderstanding of Him as being angry at us and punishing us shows how much we are being self centered.

“Death is not the enemy.” It’s me!
Even to the point of not realizing He is loving me…

His mercy for us just became so much greater!
Bless you John!

Absolutely, John. I also have to reorder my life to BELIEVE that God IS Love, and therefore absolutely everything He does is out of love and for Love’s sake in order to confirm, affirm and establish as a Rock that Love.

Therefore, our definition of “Love” must be timely revised by the Spirit and the cross. Today I do not understand “Love” as I understood it a year ago, because Love expands His definition in us, as “from glory to glory”.

Oh my John, your question,”How many of us can say that death and our personal crosses feel like disapproval more than approval, anger more than love?” I confess that i certainly have…if not for God’s love for me expressing HIMSELF through this Body of Christ, my despair would have taken me away. HE, the lover of my soul, had to become more precious than my choosing my own way. no wonder that Isaiah 53:6 jumped on my spirit so many years ago,and HE had to imprint it on every fiber of my being that “I have turned to my own… Read more »