This story was told to me by a precious child of God. She is a beautifully simple and honest soul.

In all this writing about loving yourself, she was a bit undone. She’s so willing to be a ‘nothing’ person, never considering herself to be “Someone.”

And she was struggling with the command to love herself, humble child that she is. “I don’t understand this at all, Lord. Show me a way to see this.”

The Love in a Mailbox 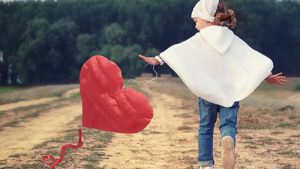 She began to remember the mailbox her son built for her. He asked her what she wanted. “Oh, I don’t know,” was her usual answer. He said, “Would you like brick? Do you want planters for flowers?” He persisted. All were possibilities she would never have imagined for herself. “Oh, that would be amazing!” So, she agreed to all his ideas.

And he proceeded – with great joy – to build a mailbox to end all mailboxes!

With that image, she began to understand. She loved the beautiful mailbox not so much for the brick work and planters, but because it was the personal gift of her dear son. It was created for her from his heart.

What if she had despised that special project of her son’s labor? It would have killed his joy and hurt his soul! What if she had said, “I won’t use this mailbox. I would rather use an old rusty one instead.” 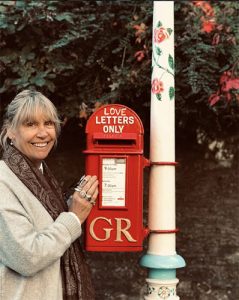 But that is how she had treated God by despising and dishonoring herself.

“To love your self is genuine respect for God as your Creator.”

She saw as never before that God created her specifically, with intricate love and joy. “I am a creation, not just a human. And He planned carefully every part of me! When I don’t love His creation of ME, what I am and who I am, it is terrible ingratitude that must wound Him.”

“Respect for His creation of me – that He calls a masterpiece – becomes love for my own life, my body, and my self—because of HIM.”

For we are God’s masterpiece.
Ephesians 2:10 NLT

God’s Holy Spirit brought this verse in Psalm 87:7………”every fountain of delight springs up from your life within me!” TPT I had asked myself, do I delight in HIS life within me, LORD give me the delight and joy to love and delight in what you have created me to be, because only His life in my life will be a delight and I don’t want to miss any of it.
Blessings and love to you and John for these writings on loving ourselves!!!!!