I last wrote about the great faith of the Roman centurion. His faith was so great that Jesus said, “Truly I tell you, I have not found anyone in Israel with such great faith” (Mathew 8:10 NIV). This is quite a commendation. And what made His faith so great? He didn’t even require Jesus to see his servant. “The centurion replied, ‘Lord, I do not deserve to have You come under my roof. But just say the word, and my servant will be healed.’” The centurion knew authority and knew One who had it. He came with an insistent pursuit.

This has everything to do with my initial post, “God Likes Our Faith-Filled Insistence.” The centurion pursued Jesus with great faith that He had the answer. He came to petition Jesus, knowing He had his answer. Sure, Jesus could have said no, but the centurion had faith-filled boldness to pursue and request. 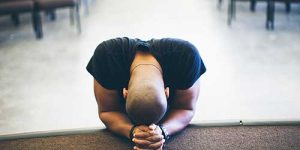 This is not a common position for even the average believer. Many slink towards God with hopes that He might possibly answer, “If He just doesn’t remember what a wretch I am.” The phrase, “I don’t deserve it, but maybe…” comes to mind. While others flagrantly demand their RIGHTS to be answered and RIGHT NOW! Neither of these positions was how the centurion came. This man of great faith knew where his answer would be found and he entreated Jesus to be his Answer. He wasn’t too low to not expect an answer, nor too high to demand it be done NOW. He just came with a great faith to the Source of every answer, and it was the Father’s great joy to answer the centurion’s great faith. Our God is Creator of everything, He is our only supply, and our faith is the only thing that pleases Him (brings Him great joy).

There’s another person I’d like to reference whose faith-filled encounter with Jesus made them whole. It was the woman with the issue of blood. At the end of Luke 8, a woman pursued Jesus with a faith that drew virtue from Him. She had the faith of insistent pursuit. She came crawling to Him, destitute of any other solution. She had spent all her money on faulty solutions but today she was going to the Solution. He had her answer, she knew it, and she, with insistent pursuit, received it from Him. This is a far cry from questioning His ability.

Each of these three people – the Canaanite woman, the Centurion, and the woman with blood sickness – received the answer for which they looked. And in their lives, I am seeing what God desires from my own prayer life. Words like unabashed, bold, shameless, relentless, insistent, and impudent come to mind. Not the brazen boldness of entitlement, which is repugnant, but the faith of insistent pursuit that comes from knowing He is my only Answer.

These people came in different stages of their own destitution. That is the fact of us all. None of us have anything God didn’t give, regardless of how much we deny it. Yet destitution is not the wonder here; faith in our Answer is the true miracle.

Struggling to have an Insistent Pursuit 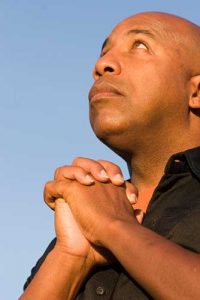 For years I have seen strugglers who wrestle to believe God would be even willing to answer their prayers. Possibly believing He had the power to answer but doubting His willingness. This is where they stumble. It’s being humiliated by life but not humble enough to have faith. As I said in the other posts, it’s self-pity to believe I’m beneath an answer. This is actually pride in reverse. Shame is the pride to believe we’re not worthy of His answer.

But what He’s teaching me is that He loves my faith-filled insistence. He loves for my heart to bow low, submitting to Him as my only Source, while not allowing my feelings to get in the way by accusing Him of being unwilling. I come to Him in faith that not only can He answer but also He will answer, because I have no other alternatives. My three examples of people with great faith each came to Jesus, not from above and to instruct Him, but also not too low to prevent them from receiving Him as their Answer.

This reminded me of a so g by Ray Watson..Passionate Pursuit…
https://youtu.be/KXPcKzUE40w

Involved, not instigating. It’s not faith in AN answer, it’s faith in the One Who IS Answer. His Answer is too big to be an AN; they can be instant, but they stretch out beyond. I dragged around a painful problem, the avenues I could head in to solve it weren’t right; they weren’t honest or honoring of God…they weren’t faith. Sometimes my insistent prayer is, “Look at this! Help!” I don’t know how or what, He does! An expectant mess…we climb on the Father’s lap, knowing heart deep there’s no place else to go. Yes! “unabashed, bold, shameless, relentless,… Read more »

“It’s being humiliated in life but not humble enough to have faith.” Usually true. It could also be humiliated in life, but still waiting for an answer out of faith. That wait could be anywhere between a couple of weeks (Job) to 40 years (Moses). Still, the answer is the same, as illustrated by you throughout this series. Thanks John. As hard as it is to hear, it is still what I needed.

I will have to copy this post, John, you have so intrinsicly explained these three different people, different positions in life according to the world, but all three were received and answered and blessed by the Savior of the world. I have to fit in here somewhere, the second paragraph which you described “slinking” in to ask all the way to “demanding” describe me too vividly at times in my walk. May all who read and ponder and receive God’s wisdom in this post be renewed in the faith that each one has. May we receive the desire you have… Read more »

…and the fact that they didn’t accuse Him for what they were suffering (like Martha accused Jesus for Lazarus’ death) says something, eh!

Well, Tammy has said it so well, I have believed like this also that I wasn’t worthy…..but John you have so encouraged my spirit that the Holy Spirit living in me can give me the prayers and courage to pray them in trust, not doubting.
Yes and amen to Tammy’s prayer for” God to bless you as HE continues to bless through you”.

“I have seen strugglers who wrestle to believe God would be even willing to answer their prayers. Possibly believing He had the power to answer but doubting His willingness.” For the greater part of my walk John, this was me. I praised God for loving me enough to pull me up out of the depths of destruction but believed I could never be worthy of “real” answers to prayer. HE IS SO FAITHFUL to never give up. “I” am not worthy and never could be but Christ is more than worthy and… “I have been crucified with Christ; it is… Read more »