He heals the brokenhearted and binds up their wounds.
Psalm 147:3 HCSB

We’re not meant to stay broken. Maybe that should go without saying, but it doesn’t. We are called to be many things in this Christian life – humble, vulnerable, selfless, repentant, honest, and above all, loving – but none of them are synonyms for being broken and wounded for all eternity. Unending depression and/or grief, feeling overwhelmed (or utterly underwhelmed) by your life, approaching each day like it’s a treadmill to nowhere that you walk until you drop of exhaustion—and then begin again the next day…that’s brokenness. But broken isn’t meant to be normal. What is normal for the world is no longer normal for a born-again believer, and I need to be reminded of that regularly.

He heals the broken… 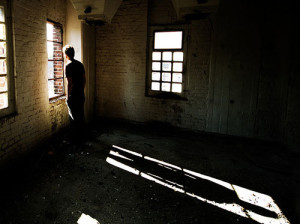 The world operates almost exclusively on the exploitation of pain and weakness, so there’s no incentive to promote or celebrate true healing. A broken soul is less likely to fight back and more likely to just accept their condition. By definition, the brokenhearted and walking wounded are not intact. It’s extremely difficult to say “no” when you’re not intact. I know that very well. But God doesn’t leave us broken; He promised healing and He does not lie. We are meant to be healed.

Beware the people in your life who not only don’t want you healed, they work to keep you broken. They don’t necessarily look like villains, and it doesn’t really take a full-court press to wound the wounded. A few poisonous words here and there are sufficient to plant doubt and discouragement. The character of Grima Wormtongue, so brilliantly sketched by Tolkien in The Lord of the Rings trilogy, was only slightly exaggerated for the sake of drama. The tongue can and does inflict great and terrible evil.

For every kind of beast and bird, of reptile and sea animal, can be tamed and has been tamed by human genius (nature). But the human tongue can be tamed by no man. It is a restless (undisciplined, irreconcilable) evil, full of deadly poison.
James 3:7-8 AMP

As part of the lie that God is not good, we are sometimes told that it is normal for God to leave us broken. Sometimes the enemy get particularly vicious and says that our brokenness is just part of sharing the sufferings of Christ. But as John has so beautifully laid out in the last two weeks, there’s suffering and then there’s suffering. 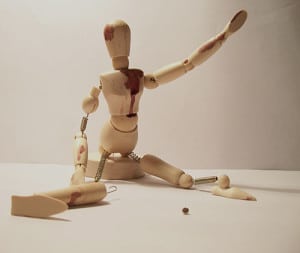 To be broken is to be in a state of hindered or nonexistent fellowship with God. You can be a prime physical specimen and be broken. You can be crippled and be gloriously intact. You can be sick and yet healed. And you can be in the process of being healed, still wounded but coming into the Light and thriving. We are not responsible for what others do or say, but we are absolutely accountable for who we listen to and take to heart.

There is a battle being fought every day to keep the born-again believer from moving through life in the power and authority of the Resurrected Life of Jesus Christ. The Life that wins is our new normal! That doesn’t mean that we won’t “walk through the valley of the shadow of death” ever again, but the valley isn’t our home. In unhindered fellowship, our Father – Who inhabits eternity, Whose name is Holy, and Who dwells in the high and holy place ­– lives with the “thoroughly penitent and humble” in order to “revive” their spirits and hearts. Our healing is absolutely part of His purpose.

A broken soul is less likely to fight back and more likely to just accept their condition. You touch so many points here, Jennifer, but when you said this I remembered a rare film called “The Mosquito Coast”. The main character wants “right angles” and he is a kind of genius (a villain and bit of “saint” at the same time) that said something that has remained with me: “No human being should admit a single second of oppression in this life” (or something like that). Meaning by that that the human spirit is free beyond any earthly situation, however… Read more »

Thanks, Jen and Sam…so appreciated all that you’ve shared today! As a pastor, it’s so grievous to see some people remain in their broken condition and fail to come to the TRUTH that Jesus came to set them free! I’m afraid, Jen, that some of the voices that people are listening to are those in their own head…strongholds of ungodly beliefs that need to be torn down!

I really liked the link she makes between being able to say “no” and “being intact”.