My son quoted that to me recently as we were discussing some of the GetAlongWithGod.com posts about the consequences of our actions. Though a piercingly true statement, the principle that we cannot choose our consequences is hardly original to Camus. It was written and illustrated all through the Bible long before Albert Camus experienced the truth of this revelation in the twentieth century. It is an absolute in every life. It certainly has been in mine.

The Motive Behind Consequences 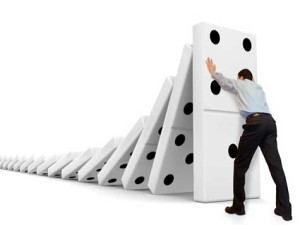 Even as I recount the recent consequences of unforgiveness (to say nothing of the many dreadful consequences of sin in my whole life’s journey), I have discovered a secret in the heart of God. This hidden motive lies behind the consequences that come from His hand as a result of my choices, both good and bad.

Jeremiah 31:2-3 NKJV
Thus says the Lord: “The people who survived the sword
Found grace in the wilderness—
Israel, when I went to give him rest.”
The Lord has appeared of old to me, saying:
“Yes, I have loved you with an everlasting love;
Therefore with lovingkindness I have drawn you.

Hosea 11:4 NKJV
I drew them with gentle cords,
With bands of love…

He has often spoken these life verses to me, even as I was facing the consequences of my wrong choices. I’ve come to believe those painful consequences are God’s divine cords of lovingkindness, designed to draw us back to Him, our Father who is Love. Even when under the judgment of God, these consequences drove me to despair and caused me to see and to cry out to Him.

The Love in Consequences 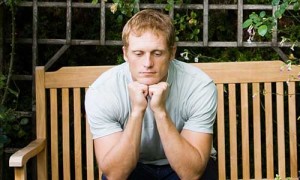 Psalm 78 is such a perfect illustration of who we are in our independence and rebellion, of the wrong choices we make, and the consequences that follow. We see our God judge, but then He forgives and restores…over and over again. At the end of that chapter, He reveals Himself as our Shepherd, there through it all.

Psalm 78:72 NKJV
So he shepherded them according to the integrity of his heart,
And guided them by the skillfulness of his hands.

In Jesus’ parable, the father gave the prodigal son his absolute freedom of choice to leave and take his entire inheritance with him, and the son chose to squander it. The consequences that followed were devastating.

But “when he [finally] came to his senses” in the depths of those consequences, in the degradation of the pig sty, he saw himself. It was those dire, divine consequences – the ‘cords of lovingkindness’ – that shook him into seeing his miserable, wretched self, his literal life and death situation, and what he had done to his father…and to God. It was the unbearable nature of the prodigal son’s consequences that brought him face to face with himself and into the crisis of making a different choice. And he chose to go home. Home!

It is grace upon grace – incredible, indescribable, undeserved grace. So…

What shall we say then? Shall we continue in sin, that grace may abound? God forbid. How shall we, that are dead to sin, live any longer therein?
Romans 6:1-2 KJV

Carole, what an encouragement to face the consequences of my disobedience……that truth that will bring me back on the path of obedience and blessing. “The blessedness of HIS pleasure……the saving, redeeming and restoring me to HIS love. May this post bring us all to the truth of HIS passion and love for us.
May HIS blessings abound on you all.

Something that I pray to remember to do anytime there is an “uncomfortable” situation in life be it emotional, physical, spiritual, is to seek Gods truth about my actions that may have brought it about. If it’s happening to me – more than likely it’s a result of my sowing. Often before asking, I’m oblivious to the possibility that I’ve done anything contrary to His will for me. However, as time has passed in my walk, I’ve come to understand that He loves me deeper than I can fathom. And He honors my constant prayer of “Whatever it takes Lord,… Read more »