It’s not terribly comfortable to live bewildered. Yet these first four years of being born-again are marked by bewilderment as much or more than anything else. It is the second-biggest byproduct of my ‘untraining’ at the hands of the Holy Spirit. And slowly but surely, I am making peace with a life full of being bewildered. 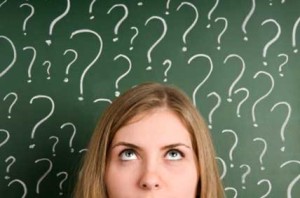 Take my last post, “Discernment is Hearing God.” I told the story of Love’s discernment manifested in the Shulamite Body of Christ toward me. What I didn’t say was how bewildered I was by it. I could not figure out why they weren’t behaving the way I expected them to behave. They were a riddle that I couldn’t solve, and the result was bewilderment. And the beginning of fear. It was a very healthy reaction, actually, because I was dealing with God, not people.

The hands-off approach wasn’t a gimmick or a tool or some psychological insight; it was discernment. I’ve spoken to other people who came through by means that were the exact opposite; God was on top of them no matter which way they turned. Discernment is a treasure in earthen vessels. The result of discernment is finding yourself disarmed by people who shouldn’t even know what kind of weapon you’re packing. So I was bewildered, and that condition has only become more common on this side of salvation. 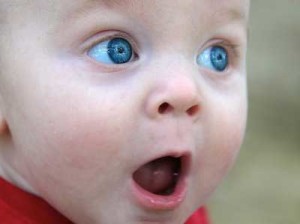 In the world, you are making yourself very vulnerable if you stay in a place of unknowing. Ignorance is only acceptable insofar as you make an effort to educate yourself out of that state. If you admit to confusion or lack of comprehension about something, the polite and even kind response is to offer clarification or to provide an answer. So imagine my surprise when early in my walk, Martha kindly but firmly shut down my attempts to do just that.

We were considering a situation that we didn’t understand. I immediately began to throw out possible explanations. Martha stopped me. She wasn’t interested in opinion or conjecture. She wanted the Lord to tell us the truth of the situation and then give us His will for what to do about it. I was stunned. It hadn’t occurred to me that I couldn’t just go on thinking and doing as I always had and trust that God would bless my ways. I really thought that everything I did and said was just magically made Godly once I was saved.

Hence the need for my ‘untraining,’ and the beginning of bewilderment as a way of life. God has never failed to provide me with clarity about His will and discernment of people and situations, but He does it in His time and by His ways. He does NOT dance to my tune or move by my ways, and He never will. So until He moves and speaks, I wait…bewildered. 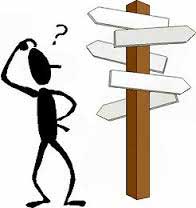 The first few times Martha answered a question of mine with, “You have to move by the Spirit,” or “You have to be led of the Spirit,” I wanted to scream and pull out my hair. Wait on the Spirit?! But I have to know NOW! It was maddening. My need-to-always-know was a tyrannical demon on my back and the very idea of waiting to hear enraged it.

That was a massive stronghold that had to come down before I could even attempt to make peace with living bewildered. But I never could have imagined the hidden reward of my ‘untraining,’ of learning to wait and listen for the “still, small voice.” The confounding wonder and brilliance of the mind of Christ was not unexpected, because after all, He’s GOD. But the inexplicable peace? The miracle of stillness? The divine quiet that fills my very body in the waiting? Absolutely shocking. I thought that waiting would be unbearable, stressful, frightening, a nightmare even! And there was some of that at first, but it vanished quicker than I would have thought possible. Now there’s just Jesus, and a divine bewilderment.

I don’t mind living bewildered. All it means is that God is about to move or speak or show me something. I would not trade that for the all the earthly wisdom in the world.

“She wasn’t interested in opinion or conjecture. She wanted the Lord to tell us the truth of the situation and then give us His will for what to do about it. “. If I apply this wisdom in each moment, then I am practicing His Presence. Thanks for a great post Jennifer.

More to digest, and YES and AMEN to LA and Sam….living bewildered will be treasured from now on. Bless you
dear for sharing.

Oh wow! Jen, the Lord used you to show me HIS meaning of that verse in Isaiah 55–I’ve been saying it for years now when confessing sinful thoughts–but there was a much deeper meaning. Imparted life, dear sister! Blessings

I loved this one so much. It is brilliant!

Love today to you, you precious one.

I. Agree with Sam wholeheartedly