A few months back I went to a relative’s 100th birthday party. It was quite a distance away but the Lord asked me to go, so off we went. I drove rather than flew so I would have more time with God. His revealed purpose for my trip was to simply say thank you to this beloved great aunt for seeing me. It is one thing to spend time with someone, but it is quite another to see them. Being seen is huge. To see the person, not just a person, is a enormous gift to that person.

All of us can be with people and not actually see them. I think it might be that we only see what God allows us to see. And as a small child, He let this relative see me. She and I didn’t spend a bunch of time with one another; because she lived quite a distance away. But through the years we occasionally spoke over the phone, and what she said told me that she saw me.

Being Seen in a Pool of Strangers 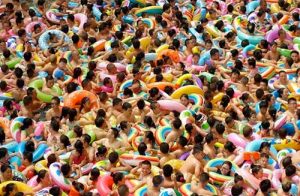 At this party I met many distant relatives I never even knew existed. I exchanged typical niceties but essentially I was thrown into a pool of strangers I just happened to be related to. One of them, a second cousin I think, became a delight to be with. She saw me, and the quandary I was in, and attempted to make this awkward scenario more comfortable. Remember, my goal was to wait for my cue to go deliver a message to my great aunt Maizie. The rest was just the path to get there. But this second cousin ended up directing me to a message which validated my whole trip. I was shocked how it played out.

A Word About Being Seen 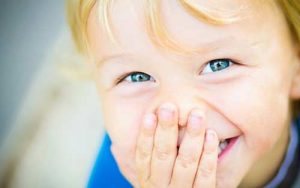 Without knowing anything of my interaction with Maizie or what God had asked me to do, she recommended that I go listen to a podcast of a pastor she enjoys. And the random message I chose literally spoke about “being seen.” Here is a quote from that message.

“People are searching for God; they want to see God. But what they need more than anything is to realize that God sees them. And the church, when we come together, is the way that God allows Himself to be seen by a world that is looking for Him. We make the Invisible, visible. But more than making it possible for people to see Jesus through us, it is even more important that they are seen by us. That they realize that Jesus sees them because we see them.”

In my next few posts, I am going to speak about being seen. It is something deep in my heart that God has put together. I can’t wait for you to hear it.

“You are the God who sees me!” She also said, “In this place, have I actually seen the One who sees me?” So that well was named Beer-lahai-roi (which means “well of the Living One who sees me”).
Genesis 16:13b-14a

This past week the Lord has shown me how He sees us at all times. He’s had me in a study of Psalm 139 and Hebrews 4:12 & 13. It is both comforting and frightening to know we are so open to His view. Thank you.

So blessed by the post! THANK YOU!
PS I TRIED TO ORDER 2 ALTOGETHER FORGIVEN THIS AM AND IT JUST KEPT SAYING ‘LOADING’. Is there a way to get these ordered soon? I wanted them in time for a gift. Thanks for any help/direction.

Thank you Heidi! So pleased the post blessed you. Jennifer will be calling you soon to put your order through. Sorry about that. I will check to see what is happening. Bless you!

AH, JOHN, are we like “little children” calling out “watch me, see what I can do” As your post is calling us to acknowledge,the “God who sees me”
Can’t wait for more!!!!!

You’re going to enjoy them. Bless you and love you Sue!

Out of obedience was born this brand-new blessing! I’m excited to read what is next!

I think you are going to enjoy it. Love and blessings to you Tammy!