Since the Triumph of the Lamb conference, I’ve had a recurring word swimming about in my spirit—it’s impudence. The Lord spoke the word during my opening prayer as well as in my preparation for the meetings. 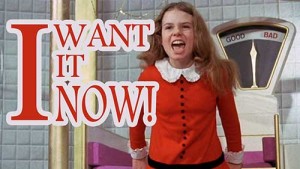 Impudence is a word often seen in an unfavorable light. It conjures up thoughts of bratty children and arrogant people with inappropriate demands. Looking through the dictionary for impudence or impudent, you will see these definitions.

Impudence is harsh, strong and aggressive. I haven’t wished to be considered as any of these. But God thinks differently about this than I do. In Luke, He states that impudence was an effective method of answered prayer.

I tell you, though he will not get up and give him anything because he is his friend, yet because of his impudence he will rise and give him whatever he needs.
Luke 11:8 ESV

This is a shocking verse, which contains deep truths about our required desire levels, as well as His response to our desires. 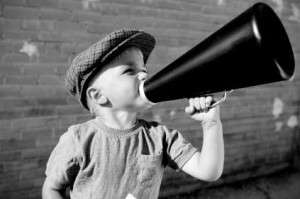 If I have learned anything about my relationship with God, it’s that He loves me to be His child. Healthy children are fully alive, desirous, delightful and often demanding. Children know what they want and when. Looking at this scripture about the man and his friend, one thing is clear: he came as a child. He had a need and he was going to have it met through his impudence if need be.

I’ve often been guilty of coming to God in the opposite stance. I ask God with caveats. “Could I please have this, if You’re willing?” Yuck, how namby pamby! This request sounds more like an accusation than a request. It’s insulting to God, with weakness that questions His goodness. If I have a need He requires me to have, why wouldn’t He supply it? God is my source of Answer, so where’s my confidence in His supply?

Impudent prayer is shameless and immodest requests. And as relates to this scripture, where Christ is teaching on prayer, it appears He rewards impudence. This parable of the friend requesting bread at night follows the Lord’s Prayer. It’s like Christ is saying, “Here’s the prayer and here’s how you come with it.” Are my prayers shameless, lacking of modesty, delivered in boldness that is bordering on cocky? I have to admit, not as much as I would like.

Confident in His Having It 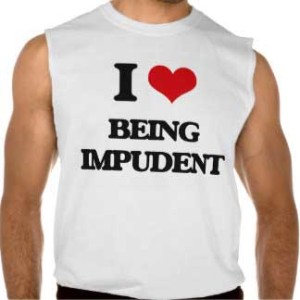 The request of this man towards his friend was done in the confidence that he had the answer. It’s like he saw him buy that bread earlier that day and knew he needed it now. “Hey, I need that bread. I can’t get it on my own, the stores are closed, so give it to me!” WOW!

God requires many things of me. This makes them all NEEDS. Forgiveness, honoring parents, seeking Him with all my heart, mind and strength, purity, loving others, belief, not having fear, entering the rest of His Life…all of which I have horribly violated. At different points in my life, I’ve lived in bitterness, disrespected my parents, sought everything but Him, been profane, acted hatefully, dwelt in fear and unbelief, and strove to achieve in my efforts. What I’m seeing today is I have the right to demand of God that He supply my needs! He wants my passionate request to meet His ample supply.

I believe we will never have these requirements with passive participation or simple desire. We can’t just want it; we must demand it as our right. It’s our right because He paid for it and requires it of us. We must demand it to be manifest. Jesus has made way for all of our needs to be met, but I believe many of them won’t be manifest without a forceful, impudent demanding of it from Him.

And from the days of John the Baptist until the present time, the kingdom of heaven has endured violent assault, and violent men seize it by force [as a precious prize—a share in the heavenly kingdom is sought with most ardent zeal and intense exertion].
Matthew 11:12 AMP

P.S. As far as I can see, the impudence that can demand His answer, falls in line with the model of the prayer Christ gave:

Our Father which art in heaven,
Hallowed be Thy name.
Thy kingdom come,
Thy will be done on earth,
as it is in heaven.
Give us this day our daily bread.
And forgive us our trespasses,
as we forgive those who trespass against us.
And lead us not into temptation,
but deliver us from evil:
For Thine is the kingdom,
and the power,
and the glory,
for ever. Amen.
Matthew 6:9-13 KJV

[…] entitlement and that lie that says something was withheld. And I had, the truth is I struggled with John’s post where he talked about impudence, because for me I couldn’t see how it wouldn’t be a […]

0
Reply
Strategies of Prayer – Having Boldness With God

[…] You’re free to live and free to choose. And God honors your choices. Ok, John has written a post, a couple of posts about praying in impudence. He’s using the, I think, the ESV. Isn’t […]

Amen. This is life giving. I relate to the nampy pampy approach waiting for Him to do what I can’t do but there seems another side to it as you pointed out to take it by force. He is waiting with the door wide open saying come and get it, I am fully available to you.
Reminds me of the Israelites being given the Promise land but they had to go in and take it. All the while His grace empowers and supports us in pursuit of Him.

He owns the cattle on a thousand hills… in His Kingdom there is no lack. Bless you John, I needed to hear that!

Amen and yes!
An end to wimpy and soulish prayers!

Right on, John. Thank you for your openness.

If I have learned anything about my relationship with God, it’s that He loves me to be His child. Healthy children are fully alive, desirous, delightful and often demanding. Children know what they want and when.