I was reading in Joshua today about Achan and the battle of Ai. The thing that blows my mind is that Joshua specifically stated in his going-to-battle speech, “Hey guys, just don’t take any of those accursed things.” 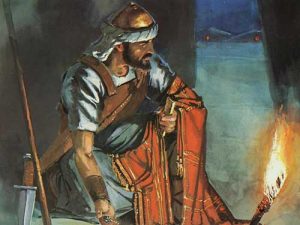 Achan must have missed the meeting because within hours of Joshua’s speech, he saw and took for himself some of those “accursed” things. He was specifically warned, not months or years or even days before but on the very same day—and still went on to commit this act. He couldn’t have forgotten, so he either missed the meeting or just didn’t care.

The Lord always warns us. Though in the past I have accused Him of being gleefully punitive, the reality is that He wants us to succeed. God is not about issuing out beatings and sentences of punishment just willy-nilly. Our Father desires that we all come to the fullness of the knowledge of Him. Because of the wickedness of our hearts, we can accuse God of being maliciously punitive, but this is not the case.

In the Old Testament, He struck the people with judgment who were absolute in their willfulness. Now, God wasn’t sitting behind every bush or tree, dune or camel, ready to pounce on unsuspecting sinners. And He didn’t take joy in punishing Israel, just as He doesn’t take joy in chastening us. We’re His children and He wants to love us and wants us to know Him.

Holiness and God’s Burning Desire for Us 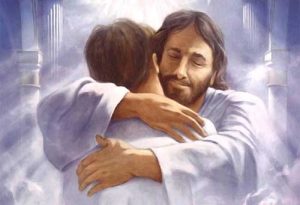 God is rich in mercy. His commandments, though impossible to maintain, are not in place for Him to exercise His muscle of discipline. God’s Commandments are in place for our dependence on Him. His holiness cannot abide with our sinfulness or willfulness. But for us to live out His Holy commands, we’re absolutely dependent upon His Life to fulfill them.

Adam and Eve were given but one command, yet they could not live it out. Ten Commandments were given to Moses for Israel to abide by, and they could not perform them. Christ came with the fullness of The Law, because we cannot perform that either. We have been made utterly dependent on Christ’s own Life to live God’s holy standard.

God’s wrath and judgment show us the extent of His holiness. It’s a given that we’re wicked on our own. We have been since the beginning! We have never been anything but wicked in our self-life. What we miss and we need to understand is God’s level of holiness. His fire of wrath and judgment is to emphasize His burning passion for us to be one with Him, not just His absolute holiness. We need to see who He is and so He shows us through consequences.

Achan and His Life 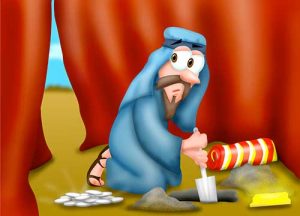 Achan disregarded the word of God through Joshua. And many paid for his sin with their lives. And ultimately Achan himself was stoned, and with him, all of his peeps. No matter what we conclude about God’s fire, the extreme measure of God’s wrath simply speaks of the absoluteness of His holiness, and also His desire for us to be in right relationship with Him. God’s judgments are as much about His passionate desire as they are about the magnitude of His holiness.

On this end of the cross, the Spirit of the Living God gives us the ability to satisfy God’s righteous requirements. Christ gave us His own Life to satisfy the legalities of our death sentence for violating the Law but also the power of His living His life through us to maintain our relationship with the Father. The impossibility of the Law is not set for our condemnation; it’s for the exposure of our absolute need and dependence on our Father and an invitation to lean on His Life.

For all those words which were written long ago are meant to teach us today; that when we read in the scriptures of the endurance of men and of all the help that God gave them in those days, we may be encouraged to go on hoping in our own time.
Romans 15:4 (PHILLIPS)

Good words..I do think Jesus came to show us the real character and nature of God. I think Old Testament people had this distorted view and you see that in the Old Testament. God seems so violent and wrathful in OT then comes Jesus who goes against much of Old Testament religious practices like stoning in cases of adultery. Jesus came to fulfill the law and t all points to him. Love the podcast on the spirit and the word where you use John 5:39-40. All of scripture is inspired to point to Jesus so that we come to him… Read more »

John, you are always defending the Father’s love, character, rightness and passion. You vindicate His ways toward us.!
I so appreciate this post, every word.