John’s post yesterday pushed a few buttons, and as someone who had a button pushed, I want to address some things.

What is God saying to me about this? 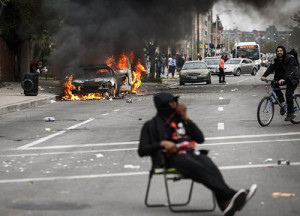 I was pierced by John’s words because I never stopped to ask God what He wanted to say to me about all of the civil unrest and governmental corruption dominating the news right now. I just took it in and mulled it over humanly. I didn’t bother to go to God with it and find out what, if anything, He wanted from me. I cried over some stories and cried out to the Lord over others, but that’s a far cry from listening for His specific will and word to me. Was there a specific prayer that God assigned to me? I didn’t ask Him…until I read John’s post. I just assumed I knew.

I’m so grateful to the Holy Spirit for using John to check me and correct me. I want to pray in the will of God. That’s my great privilege and responsibility as a disciple, and it is gut-wrenching to think of the souls at stake when I don’t get quiet and wait for Him to speak to me.

What is God saying to me about His view? 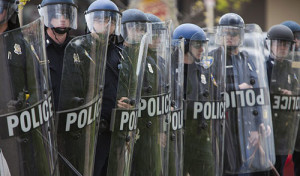 John took his concerns to God and God spoke to Him. John received a word on specific principalities at play in the nation: lawlessness and rebellion against authority. John shared not only the word God gave him, but also the new perspective he gained. He was lifted out of the blow-by-blow accounts into the bigger picture. It’s not that the details don’t matter, because they do, but God wanted John to see something else. God showed John a broader view because that’s where God wanted him, and He gave John a specific word because that’s what He wanted him to pray.

This leads me to another issue here. Our God is vast and eternal. Just as there are more than a few different ministries and callings at work in the world, so too will there be different prayers and different views. I am not required to see only what you see, nor am I required to pray only what you pray. God would be both small and short-sighted if that was the case, and we’d all be in trouble. This is not the case.

What is God saying to ME and me alone? 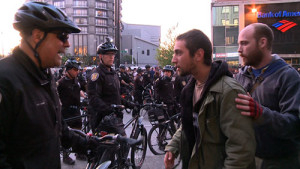 A lovely woman called into the office to place an order, and towards the end of the call she starting talking about a prayer conference that she was going to attend. They would be praying for the nations of the world. She asked me if Shulamite Ministries was involved in this particular prayer. Before I could get a word out in response, she continued, “What am I saying? Of course you are! There’s no greater priority for the church.”

Now, I do pray for the nations as the Spirit leads me, and I know that the rest of the Shulamites do, too. But this well-meaning woman had confused the Spirit’s personal calling on her life for a Church-wide mandate. Because she was passionate in this area, everyone else was required to be. Somehow the zeal of the Spirit became a litmus test for those she spoke to about it.

What is God saying to me Heart-to-heart? 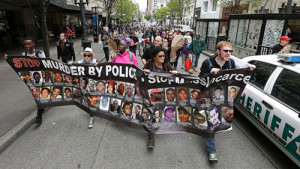 The Lord asked for John to direct his heart’s cry to our nation as a whole, and John obeyed. I’m still waiting for God’s word to me, but I know that if He asks me to turn my heart in a different direction (as He often does), that doesn’t mean that John’s word was insufficient in any way. This is a large life, filled with suffering and need. I trust that God knows best where He wants me and how He wants me to pray. All He asks of me is to turn to Him with my whole heart, listen to Him and then obey His will. God sees everything, knows every need, and He is LOVE. So I’m asking, “What is God saying to me?“

Therefore do not worry about tomorrow, for tomorrow will worry about its own things. Sufficient for the day is its own trouble.
Matthew 6:34 NKJV

Oh Jennifer, your words are so important. Yesterday’s reading in “My Utmost . . .” said, “Jesus said, Go and make disciples, not make converts to your opinions.” I think there is a tie-in here for me to your post today. If I only do what the Father tells me to do, and only say what the Father tells me to say, I won’t have time to worry about what others are or are not doing. Referring to your post of May 5th, it begins with me.

Wow!! That hit the mark with me. Nona

“I am not required to see only what you see, nor am I required to pray only what you pray.” Yes Jen! Bless you! “I will praise You, for I am fearfully and wonderfully made; Marvelous are Your works,…” (Psalm 139:14) I am afraid all too often I am oblivious to anything considered “opinion”. I may need to sit before God and seek His truth on my self absorption. When I read John’s post yesterday all I found within was celebration. Not at the events that prompted his blog, but that God had shown someone else what He’d shown me… Read more »

Oh, thank you again Jen. You are so spot on. Thank you, thank you.

The Spirit groans with unspeakable groanings, because He knows the mind of God, and He follows the needs of God. That’s Who we need to hear.

Yes, Jen, like an arrow to my heart were these words today. Praise God for hearing the groanings of the Spirit and providing His answers!