Nearly a year ago, I stepped away from posting to this blog. I’ve heard from so many of you since then, and I am so grateful for the love, concern, and prayers that you gave me. I don’t know what part they played in getting me to this place, but our Father does and His reward for you is more than I could dream. Still, I bless you and THANK YOU! Much of the past year has seen me grappling with my life in a way that seemed long overdue, and I just couldn’t write about it. In particular, I was asking myself this question: What am I doing?

When I first stopped writing on the blog, it was because of a HUGE spiritual correction. I was not in the Spirit, I was not living in my new creation, and the fruit of this was death. I knew that I couldn’t write another word until I was certain that it was Christ in me speaking. I was in great despair over what I’d done and who I was. This was familiar ground, and I found myself angry at the familiarity. “What am I DOING? What am I doing with my life? What am I doing with the Lord? Here I am AGAIN!”

What am I doing with my life? 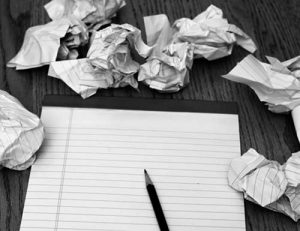 I made a choice to wait, really wait for God to move before I moved. And so I did. In doing so, I learned that waiting isn’t passive. That’s not a statement of mere revelation anymore; it’s the voice of experience. Waiting on God is a furnace that burns out effort and torches pride. As I waited, every single area of my life began to fall apart, and I do mean EVERY area – my health, my sleep, my house, my finances, my relationships, everything. I fell into a deep depression and couldn’t get out. I thought, “My life is circling the drain and I can do nothing to stop it. This isn’t what the Christian life should be according to everything I’ve read. What is wrong with me, God? WHAT am I doing?”

I must confess to you that I have long struggled to be in my life, in the moment, as it was happening. I have never been fully engaged with my own story. It’s a terribleness that I truly hope few have felt. And it created great spiritual torment for me. How can I fully surrender a life that I can’t seem to get IN? It’s been a crisis for me for a very long time and is the source of a deep despair and desperation that never left my heart. In the last year as everything spiraled down, that despair became so acute that I could actually feel it. How could I still be so disconnected to my own life? How could I sit there, paralyzed, while my world fell apart around me?

What am I doing with Jesus?

Strangely, even as things got worse instead of better, I knew that I wasn’t alone. I didn’t understand why God wasn’t intervening to stop my headlong tumble to the bottom, but I knew He was there. I flailed and railed and tried everything I knew to stop the slide, but nothing worked. I wondered if I was an apostate. Was this what it was to fall away from the Lord? And if so, why did I still have such awareness of Him? I have never felt so stupid, so helpless, so lazy, so irresponsible, so depressed… I was a failure beyond my worst nightmares. Now what?

I came to the end of me and stopped trying. I was sick for two months and then hit with a physical and mental fatigue that wouldn’t leave. I had no energy, no answers, and no healing. But as I sat in the desert of my failure, my complete nothingness, I discovered that I was actually IN my life. It was truly MY failure. I had nothing left to give or say or do or be. My life, and it was finally mine in all reality, was nothing. I was nothing! But at last, I WAS. I don’t have words to describe this, so I won’t try.

What am I doing? Who cares! What is HE doing?! 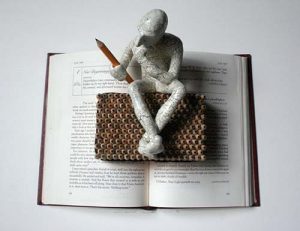 In the beginning of this post, I said that this past year found me grappling with my life, but that’s not actually true. The Holy Spirit did a hidden work in my heart to bring me to the place where I was willing to be grappled with, and then He grappled with me. He did it all, not me! He is everything, so I don’t need to be anything. But it’s one thing to say that and quite another to LIVE IT. I prayed for the scripture to explain not just the last year of my life, but the whole of it. Martha gave it to me.

Now to Him who is able to [carry out His purpose and] do superabundantly more than all that we dare ask or think [infinitely beyond our greatest prayers, hopes, or dreams], according to His power that is at work within us…
Ephesians 3:20 AMP

I kept asking, “What am I doing?!” And while it’s a question worth asking, there’s another that matters much, much more: “What is HE doing?” The Holy Spirit is at work and He is able! As Martha has told me again and again and again, a genuine “yes” to the Lord, however weak and feeble, is all He needs from us. I gave Jesus that feeble “yes” and He went to work. I can’t change yesterday and I don’t know what tomorrow will bring, but I’m in my life now. And that’s His doing. I can’t imagine what comes next and I don’t have to. Getting us to the place that is “infinitely beyond our greatest prayers, hopes, or dreams” is His to do and He is able!

Jennifer I am so glad you are back! I am always so encouraged by your story and your wrestling with your life! The Holy Spirit so often brings your words to mind when I am struggling to be in my own life! I am so thankful for your transparency! I love you dear sister!

Welcome back dear Jennifer and like Pauline, didn’t want to pry but you were missed!

Romans 14:8 NASB whether we live or die, we are the Lord’s. Spiritually and possibly almost physically, new life in Christ.

This scripture rang like a bell in my heart, Susan, so clearly it was needed! Thank you for the love and blessing and please know that I return them with joy!

Precious Jennifer, I looked back at your last post from March 10, 2017. Sometimes we miss our own foreshadowing. Maybe you saw it. I read this blog the day before yesterday and my heart was so overwhelmed with joy I couldn’t respond at the time. Missing you over this past year should have prompted me to go back and re-read your last post but I didn’t until this morning. “The Love Behind All New Things” You are also “…a living testament to the great Love that makes all things new.” “‘His purpose demands that all things be made new, whether… Read more »

I hadn’t gone back to read my last post but when I did, I laughed out loud. God is just so BIG, isn’t He? Thank you so much for pointing me there! I love you, too, and have a big hug just waiting for when we meet again!

I have always been loving you for especially this: Your blunt honesty! You are honest beyond “What does it look like?”, beyond “They may be shocked”, beyond the risk of losing it all. Being honest is being true; and Truth is the same Person who is Life. So, where Truth can enter, Life can enter! Glory to Him and thanks to you! So grateful to have you back! And very encouraged in my own process of waiting on Him for moving 🙂 Love you BIG!

Gaby, you are always SUCH an encouragement to me! I’m so grateful for your insight and timely reminder that “where Truth can enter, Life can enter”! Beautifully put. Love you right back!

Missed you a lot and often wondered if you were OK, but didn’t want to pry, so just prayed, not knowing anything, that Father would hold you. I think it was very brave of you to be willing to be grappled with. Was thinking of something I heard from Martha a long time ago (and cannot quote it exactly); the main thought was that if I see God as just sovereign – and He is – well, that can get a little scary and depressing, but if I see Him as sovereign AND good: I can deal with that! I… Read more »

How can it be indeed! And yet it is. Thank you for your prayers, Pauline, and for your loving encouragements. They’re priceless. I bless you and love you!

Welcome back, little Sister. I have missed you. I can relate to your journey into the depths, but praise our awesome God, He always comes through and leaves us in a better, if more ragged state. Praise God for our poverty so He can show us His riches. I love you. Be blessed.

A more wonderfully succinct and clear summation would be impossible – thank you, Wanda! That’s it in a nutshell. xoxoxo

They conquered him by the blood of the Lamb AND BY THE WORD OF THEIR TESTIMONY, for they did not love their lives in the face of death.
Revelation 12:11 HCSB (emphasis mine)

YES!!!
GLORY TO GLORY!!!
“For His faithful love to us is great; the Lord’s faithfulness endures forever. Hallelujah!”
‭‭Psalms‬ ‭117:2‬ ‭HCSB‬‬
Thank you Jennifer for being you!

My heart is happy just seeing your name, Jim! Thank you for getting that though I’m sharing about my life, it’s really all about the wonder of HIM. What an encouragement!

Thank you, Jennifer for sharing this. It blesses me greatly to see what God has done (and is doing) in you in His Life!

Reading this is like getting a hug – thank you, Rachel! Big blessings and much love to you!

Welcome back!
I needed to hear this today and be reminded of my feeble yes to Him. It’s a great reason to love Him that He takes it from there.
You are loved here! A

Thank you, Alex! It is priceless to get even a glimpse of how God views what I consider a big mess. He’s so much bigger than my struggles and His love works miracles always, though I may not see them. Big love to you too!