As I write this, the events of the last two days are spooling through my mind. And all I can hear is that ridiculously catchy song by Edwin Starr in 1969, “War.” The last 48 hours at Shulamite Ministries have been a picture perfect example of the war waged on a truly anointed message from Jesus Christ.

The Pettiness of Satan’s War 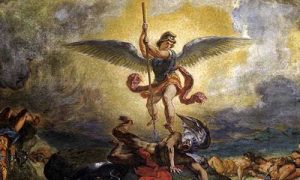 On Monday afternoon, Martha recorded the September Message of the Month, I Think Therefore I Know. It’s one of the most anointed teachings on soul versus spirit that I’ve ever heard. Carole called it incredibly powerful without being heavy, and that was the amazing thing. There was such a lightness of the Spirit in every word of this piercing and rather sobering message. I should have known that war would be the response.

It’s a terrible thing to watch the people you love come under attack. And this war was aimed squarely at John. John is attacked regularly and viciously, of course, and often by those calling themselves friends. So it’s not new for John to be attacked. But it’s always a battle for me to surrender and stand with him and for him when I’d rather collect a scalp. This time the war was waged on John’s time and temperament.

First John was unable to finish editing the message when he needed to, and then he couldn’t get the audio file burned to a CD. Then the podcast John was working on (that we recorded about I Think Therefore I Know) came under fire as well. No discernible reason for all the trouble ever really presented itself. It was just war. And a petty one at that. There is a special torment to dozens of little things going wrong and falling apart and getting stuck. Your nerves fray and your temper flares and then you’re fighting the war on two fronts: internal and external. But it’s all the same war, petty but effective. 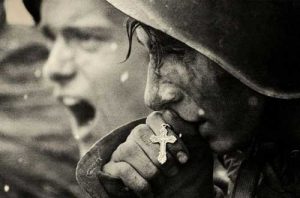 There’s no better confirmation of the importance of a message than when it gets hit with a full deluge of petty warfare. That always helps to ground me in the importance of standing in prayer for the message. But it’s hard not to feel that my prayers in support of John are largely impotent. I’m looking for a blast of miraculous SOLUTION, and if it doesn’t come (and quickly), then I am beset with doubt. I struggle to stay the course when I know that someone I love is suffering. Selfishly, I’d rather be the one in pain than to watch helplessly.

I prayed for John and the message off and on all day, and it felt utterly fruitless. But I can’t say that it was because I don’t actually know. Daniel probably squashed a few doubts during the three-week wait for an answer to his prayer. I think about the battle that Gabriel fought in the heavens to get that answer to Daniel. And I wonder what this “petty” war of malfunctioning technology looks like in the heavens. Is there an angel pinned down with a solution somewhere up there?

I don’t know what war you find yourself in the middle of this week, but you’re not alone. There is always war. It’s being waged every day, and there’s no avoiding it while we draw breath. I am encouraged to stand today, because the solution is coming, wending its way through the war we can’t see.

You are my hammer and weapon of war: with you I break nations in pieces; with you I destroy kingdoms…
Jeremiah 51:20 ESV

Oh my, all of the posts for over a week, now, have left me speechless. Sometime the beginning of week, I was hit again with the faithfulness of all of you. I just praised HIM for this. Martha’s devotion every day. You all writing posts to confront and encourage (me anyway) and then the podcast. HE IS FAITHFUL IN ALL OF YOU, however, you are humbled and willing to serve HIM and be HIS vessels to pour out HIS truths. I love Tammie’s “the Message will arrive EXACTLY when I need to hear it…..” I do stand with you in… Read more »

“There’s no better confirmation of the importance of a message than when it gets hit with a full deluge of petty warfare.” HE is sovereign and in control (Romans 8:28). Whatever His reasons may be for allowing the delay…I will,praise Him. “It’s terrible to watch the people you love come under attack…no discernible reason for all the trouble (“for we wrestle not against flesh”)…just war (“no weapon formed against you shall prosper”)…”it’s all the same war petty but effective….I PRAYED for John and the message off and on all day.” (emphasis mine 🙂 ) Perhaps we get a glimpse of… Read more »