The Sand is Shifting Everywhere

“Therefore, everyone who hears these words of Mine and acts on them will be like a sensible man who built his house on the rock. The rain fell, the rivers rose, and the winds blew and pounded that house. Yet it didn’t collapse, because its foundation was on the rock.

But everyone who hears these words of Mine and doesn’t act on them will be like a foolish man who built his house on the sand. The rain fell, the rivers rose, the winds blew and pounded that house, and it collapsed. And its collapse was great!”
Matthew 7:24-27 HCSB 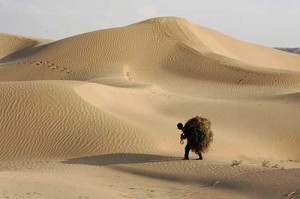 Everywhere I look these days, the sand is shifting. Politics is a race to the bottom. Culture is now a word with no meaning. Common sense is a hate crime. Laws are for the little people. Respect and deference is reserved for those who behead and defenestrate. The sand is shifting and sinking across the globe, and if I leave my rock foundation to visit the houses built on that sand, I roll and sink with them.

There is a growing hysteria in the world right now. Like animals before an earthquake, people sense the unstoppable force building up to its great shaking. And everywhere I turn, I see and hear fear and anger. From the top down, our civilization is hysterical, and that hysteria is a communicable disease. The sand is shifting.

The Sand is Shifting and the Houses are Falling 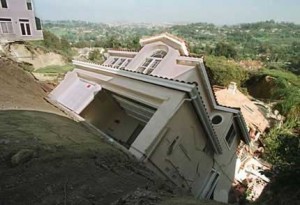 Once upon a time, the hysterical voices stood out because they were so outnumbered. Now I find myself arrested by the voices that are calm and without fear. They’ve become so rare! My own peace has been sorely tested of late, and every illegitimate faith I hold is being exposed because the sand is shifting.

My faith in human decency has taken many a blow over the years, but it recently shattered. How do I know that? Because I fell apart over the recent rise in unapologetic crudity and cruelty displayed by the powers that be. I found myself responding with anger and fear to a house built on sand collapsing. If I hadn’t had faith in that house then my peace would not have fallen down with it. The sand is shifting and everything in me that CAN be shaken is shaking.

I receive this shaking and I’m asking for more. When the sand stops shifting and starts truly quaking, I don’t want any part of me susceptible to it. The only spiritual response I want to have is the one coming from heaven. The sand is shifting and the pillars of civilization are toppling faster than I ever thought possible, but my house isn’t built on sand. Let the rain fall and the rivers rise and the wind blow, because our foundation is on the Rock. The sand is shifting but the Rock is not.

The sand is shifting but the Rock is not.
Amén.

What a HOPE!
Love

Amen Tammy and Jennifer. That Psalm 18 is truly earthquaking! The other day I was meditating on how far things can go, and how bad things can get .. and how worse they are going to get. “The sand is (finally) moving”, as Jennifer brilliantly put it (all of it, georgeous!). Then I thought in Him, in Christ… and He truly isn’t moving. He is hidden waiting for the Father to bring all things under Him… because that’s the command of the Fatherfood of God: “wait till I put all things under your feet”. It doesn’t mind the sand moving.… Read more »

As I read I was held captive by the reality and truth of your words. No additional thoughts or comments entered my mind until I read the last paragraph (“The sand is shifting and the pillars of civilization are toppling…”) and there I caught the briefest glimpse of many ostriches – heads buried in the sand. Here begins my prayer.

Then the Lord led me to Psalm 18.
Bless Him our Sovereign Savior.