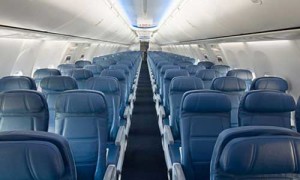 The thing about a stand-by ticket is that like a boomerang, you go out but then you must return. And the return flight tested my faith, too. But God is committed to teaching us His lessons, and He’s willing to send us on the merry-go-round again, if that’s what it takes.

Which Flight to Stand-by On 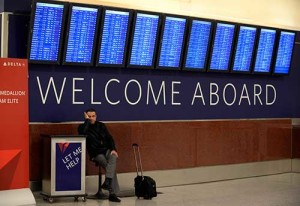 Here I sit at the airport in the second part of this story, after listing Martha and myself on our return flight. Originally I felt like the 1:05 pm flight was the one that would get us home. Now typically, if you are using a stand-by ticket, you should start your attempts the first flight out. They say, start early so you don’t have to stay late. Well, that is not how I was led. The 1:05 pm flight was the one I felt like I was to reserve, so I did.

I really am hoping that we will share with you on a podcast the backstory of our trip. But for this post, suffice it to say, Martha and I were praying that morning about a serious situation and wouldn’t be able to make the first flight. The 1:05 pm worked out perfectly with the remainder of our goings on. But I got a bit jumpy when I looked at how many people were listed on that flight. First problem? I looked at what was happening rather than what He was doing.

Martha and I made our way to the airport to catch the 11:50 am flight, which looked more promising. The taxi ride to the airport was stressful. We got caught in major traffic and I drank too much coffee and was in pain. What should have been a 30-45 minute trip ended up taking over an hour. I arrived at the airport, stressed.

We made our way to the gate, and I began to watch the board for the stand-by list. It became quickly obvious that we were not going to get on the 11:50 am flight. My good idea, which ran counter to my faith and leading, was a FAIL.

The 1:05 pm flight was next, so we walked to the gate and began the waiting game. This flight looked equally as bad. There was NO logical way we were going to make it. I began to consult with the agents at Delta and they said everything is oversold. One lady said, “You aren’t getting out of here on a stand-by ticket!” I internally gasped, “I have jury duty on Monday, and I have to get home!”

To Stand-by or Not to Stand-by 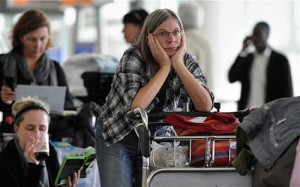 With bad weather at the airport and mechanical problems in Atlanta, the plane was delayed and delayed. I began to make plans rather than standing in faith. In my solution, we were going to fly to Minneapolis and spend the night, which would’ve gotten us home Sunday morning. By all evidence, the flights looked equally as bad through Sunday and into Monday. As far as I could see this was the ONLY way…that I could get this to work.

The Minneapolis flight was out at 3:50 pm and the 1:05 pm would finally be leaving at 3:30. There were 36 people waiting for 2 seats on this plane. On the board, I was number 26 and Martha was 22. That’s right, 2 seats and we are listed in the 20’s of people wanting seats on this plane. Impossible, right?!

Standing by usually means waiting until the very last minute. They are counting heads and putting rears in empty seats and this is one of the reasons why most flights are jam-packed.

Shockingly, Martha was called to the ticket counter to get a seat—WOW! But I was still 9 people behind her. She said to the ticket agent, “I might need to refuse this ticket; I can’t travel without my son.” The gate agent replied, “Hang on.” Type, type, type for 5 endless minutes and then she handed Martha and I both a ticket, along with a woman with a baby. We got on the 1:05pm flight (though it left at 3:30) just as God said.

OK, so what is the moral of this story? Yes, I know you know it but I am the one in the hot seat (LOL). 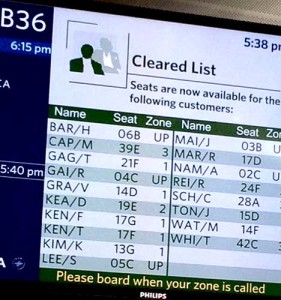 First, don’t look at what is happening; look at what He is doing. Looking for evidence rather than standing on faith only caused me stress. Next, trust His leading! I felt led to move on the 1:05 pm flight and if I had moved out in faith, I would have pleased Him rather than causing myself anxiety. Lastly, if He says so, it’s SO. In the churn of activity, His voice is the only thing that can lead us in peace. As a shepherd, I strove to make everything peaceful for my flock. And my Father, who is The Shepherd, leads His children in peace. If peace is not our state, maybe we’re listening to another’s voice?

Faith believes in what God says, as fact. Faith doesn’t believe in something untrue until it becomes real. It’s not the ability to ignore the obvious. Faith doesn’t ignore the facts; they just are irrelevant in the face of God’s word.

And it is impossible to please God without faith. Anyone who wants to come to Him must believe that God exists and that He rewards those who sincerely seek Him.
Hebrews 11:6 NLT

Great lesson!!! And use of airport frustrations taken to heart. I travelled 2 weeks ago and like you and Martha faced challenges getting back to Atlanta. I would say I did not handle the trial well and ending up taking matters into my own hands and making plans which almost didn’t come to pass and to which I am having troubles getting additional fees reimbursed. Sometimes it seems that traveling can bring some of the greatest faith challenges and flesh challenges. Should we learn a lesson about moving out of faith and into our own strength. What might have occurred… Read more »

Thank you, John for sharing your story transparently. So much of what you said these last 2 posts have spoken to me. I am in a situation that is requiring much patience, and I find myself making plans to speed up the process, and like Ford, finding a “better way”. Thank you for putting me back on level ground. Love to all of you. Wanda

Wow… thank you for sharing this adventure!

This seems so simply ( and is, in fact 🙂 and is soo deep! Thank you so for sharing these blogs! “Oh to learn to live a life of simply ‘trusting and obeying’ ” – YES! that’s all it takes; and all the power of the universe is right in there!

Wow, John..what an amazing story and oh how encouraging to our faith! NO MATTER WHAT our circumstances, God always has the last word, because He is God and IN ABSOLUTE AND TOTAL CONTROL! Bless you for sharing this amazing account of God’s faithfulness. Oh to learn to live a life of simply “trusting and obeying” and leaving the outcomes to Him!

enjoyed reading ! the stories God writes in our lives to bring us to Him.

Oh John, I so got into your story that I felt stressed!!!!! Bless you for sharing this great blog on Faith and Trust in God’s leading. As usual, you lift HIM up and give HIM credit for the peace and provision of being in HIS will. This gives me faith to do likewise.