I have heard this saying for years, occasionally saying it in fact. As an unsaved man, it was a way to shrug off things that were potentially painful. It says, “This is out of my control, it is now in the past and I will deal with it the best I can.” A surrender to the cosmos as one who is tossed by its whim and fancy; a leaf in the torrent unable to direct my path. My response: “S#!t Happens!” C’est la vie…

S#!t Happens! A Tale of Woe 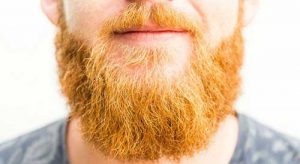 How this came up was through my interaction with a cashier at a Publix grocery store off A1A. He was a young, stocky ginger with a round pumpkin-shaped head. His skin was fair but his movements were rough. I could easily see him with a great big bushy red beard crossing the highlands in a kilt. He told me of losing his leg in a motorcycle accident. His response to this tragedy was to commemorate his loss by affixing the phrase “S#!t Happens!” to the back of his motorcycle helmet. In Florida there isn’t a helmet law, so he wore it rarely. His rationale: helmets only assist in snapping the necks of riders leaving them to be just pretty vegetables. Wow, he’s a voyager on a reckless path!

I didn’t have it in me to jam Jesus down his throat; I don’t believe that has any fruit anyway.  Bar the Spirit moving on me, I pass through this world as a simple observer.  But what I did see in this transaction was the contrast between the world’s “C’est la vie, S#!t Happens” attitude and the surrender to the One who is sovereign over life and the apparent happenstance. 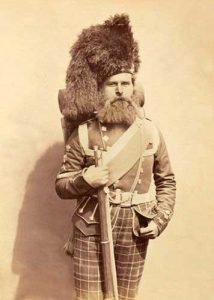 As a truly born-again believer, Another directs my path.  My steps are guided and covered under the umbrella of His sovereign choices.  Does this preclude me from pain and suffering?  Certainly not.  What it does do is assure me of His heavenly Reward and, more immediately, a purpose beyond my momentary seeing. My vision is too limited to rest my destiny on chance.  He is my path and my steps are made eternal through His choices.

Surrender is inevitable, either to the wind of the Spirit or the torrent of chaos.  “S#!t Happens” is the saying of one with no vision, no future and no purpose.  The young man was just being honest in his lost state.  He admitted to and embraced his aimless stance.

Praying for the Highlander

Yes, I do desire him to see meaning beyond his circumstances. Yes, I will pray the Lord breaks in to rescue this highlander. But for now, I saw the contrast and it expanded my vision of His Life lived through His created ones. Ultimately, Jesus came into Publix to listen to a reckless wanderer. This highlander rubbed elbows with Christ and he told Jesus about his plight.

“Hey, S#!t Happens! C’est la vie!, was his cry. Ultimately he wasn’t telling me; he was telling his Father and God heard him. If what I said in Monday’s post is true, it is impossible for things to remain the same in the presence of the living God, then we both left the exchange richer. I don’t know how it will manifest in his life, but for me, I saw more of the Kingdom. This is what it is to walk in the world as Christ’s vessel, sometimes we’re a vessel to observe and at others we’re His voice of telling. It’s His to choose. 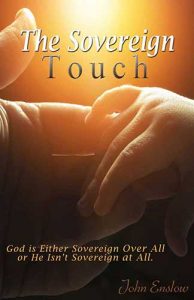 * For more on how we can experience our sovereign God, we have just released my new book The Sovereign Touch on Kindle. I hope you will go and enjoy it!