Sorry, I have to take a short detour to the story of Stephen Willeford, the Sutherland Springs massacre, and family. I will continue with the message from Art on Monday. 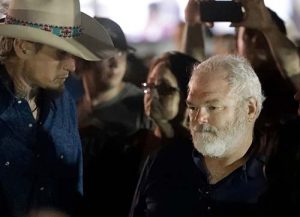 I heard an interview yesterday with Stephen Willeford, the man who stopped the evil shooter in Sutherland Springs, TX, and Steven Crowder, known for Louder with Crowder, and I couldn’t stop crying. Because of things going on in my life, I had to listen to it over a 5-hour period. While listening, I teared up several times, but by the end, I was weeping! The reason I cried was because of something some people might miss. This massacre in Sutherland Springs was perpetrated on a family, on a community, and against love.

We’re not talking about gun rights, gun control, PTSD, or a madman; we’re talking about PEOPLE who belonged to a small church, all of whom were shot and about half of whom were killed in cold blood. And we’re not talking about just churchgoers either, but a family! These are people who lived and worked together, and loved each other. They dwelt together daily with all their foibles, idiosyncrasies, failings, and life experiences. These were actual people who saw each other’s victories as well as stupidities. They weren’t just common acquaintances who happened to agree theologically. This was a family who lived with one another—DAILY!

Family in the Kingdom 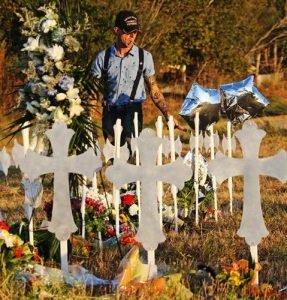 People who haven’t been a part of a small group like this might not understand. For instance, the Las Vegas massacre involved people at an event who had similar interests, but they weren’t family. This was an attack on a small community with an even smaller church of believers. These people had known each other for generations. They knew each other‘s mothers and fathers and children and cousins. It’s not about the building, it’s about the people and their lives.

I thank Steven Crowder for giving Willeford the opportunity to tell his story, but while living in the “Big City,” he can’t truly understand that in this small town, in such a small community, the life of a believer is FAMILY! If a madman came into Shulamite Ministries and killed Martha, Jennifer, and Carole, I would be annihilated. Why? Because they are my church. The attack would not be just some happening because they’re my FAMILY!

I don’t care about gun rights! I care about my brothers and sisters in Christ who have to bury their children. What I do care about is the other families who watched those children play and even misbehave. These are humans in the likeness of GOD that I have to witness being put into the ground.

You can call me emotional. The secular world says we are weak-minded! But reality will show that this is higher and beyond ideologies, theologies or beliefs, however relevant they might be.

For this reason [grasping the greatness of this plan by which Jews and Gentiles are joined together in Christ] I bow my knees [in reverence] before the Father [of our Lord Jesus Christ], from whom every family in heaven and on earth derives its name [God—the first and ultimate Father].
Ephesians 3:14-15 AMP

I bless you Stephen Willeford and I pray for the great loss inflicted on your town, your community, this church, and our family in Jesus Christ! 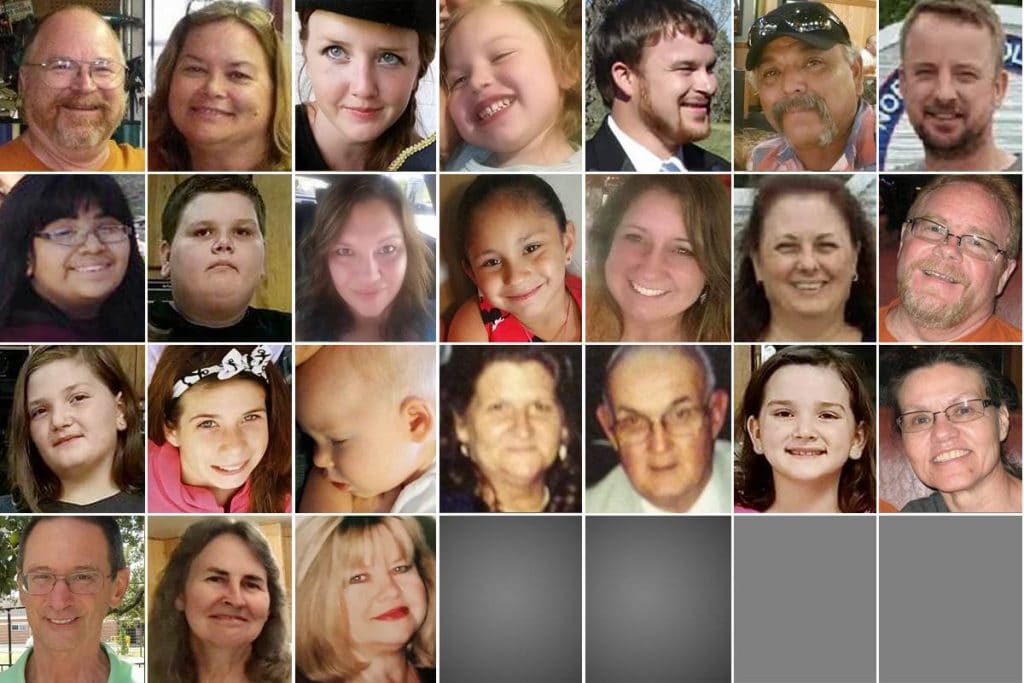 [* Shield plugin marked this comment as “trash”. Reason: Failed GASP Bot Filter Test (checkbox) *]
[…] with the Lord to experience it, to go, to start to go through it. Because I think with these, these tragedies, these murders, these assaults on human kind, when they happen, there’s a chasm. There is a […]

0
Reply
The Call to Us All: Empathy, Travail, and Revival - ShulamitePodcast.com

[…] John, when you said that about, um, we’re all one body and we affect each other, and what occurs to me with that […]

0
Reply
The Power of Empathy over Sympathy - ShulamitePodcast.com

[…] living room. We’ve just been sitting around just being together. And we’ve been talking about John’s post about the massacre in Sutherland Springs, Texas. The small town. We live in a small town, even […]

May the good Lord strengthen and comfort you all.
My prayers are with you.
When we all get to heaven.
Meet you all there. Love and greetings from austria

Weeping along with you, John. For some reason this one hit me harder emotionally than any of the other shootings. I weep whenever I even think about it.

Somehow it is different for sure. Bless you for carrying His heart too! Love you Wanda!

This all is heart rending for sure Shannon! I wrote a post after the church shooting in Charleston, I think you might appreciate. https://getalongwithgod.com/living-loved/making-of-a-martyr/ Here is a quote: “Being a martyr is a privilege! It’s a gift rewarded throughout eternity. Dylann killed 9 beautiful saints, precious to God and now in His presence. So I say all this to declare that Dylann’s motivation doesn’t determine the spiritual position of those who died in this tragic event. They may all be martyrs because the battle is not a worldly one. Racism drove Dylann, but the devil had his own agenda. Satan’s… Read more »

Google Translate: Jesus Who Is God, in His Total Sovereignty, HE Knows because he allows it. Amen.

Yes Ricardo, thank you. His allowance is certainly a factor but today is about seeing individual people who lived with other individual people as a family. The macrocosm is always there but the microcosm brings it today to the cellular level. Blessings and love you, thank you for your comments!

yes ….. there is something much deeper going on here ….there has been a giant ripping of the fabric of who were are …..

The winds have certainly changed. Martha got a word a few years back to pray for the Bride of Christ. So I am praying for her preparation. Bless you Andrea!