This morning I entered the pool area of my gym and realized it was empty but for one man. This is a joy, because when it’s full, you might have to wait for a lane or share one with another swimmer. 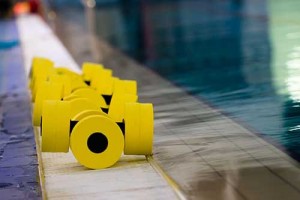 I’ve seen this man day after day rehabilitating himself in the pool. He appears to have had a stroke and does strengthening exercises but doesn’t swim. I usually say hello and he always responds with a smile and slurred speech. Today, I guess because we were alone in the pool, he boldly proclaimed, “The pool is ours, ALONE!” He was really excited about the fact, and I too was glad to be able to take my favorite lane.

Do You Know God? 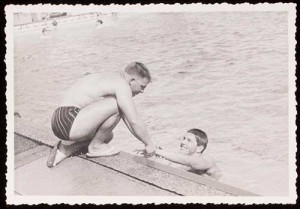 After I finished my swim, I started back to the locker room but stopped off to ask this gentleman his name. He said, “Tom! Do you know God?” I smiled and said I did. His face lit up and he thrust his hand up out of the water towards me and said in response, “Hello, brother!” Wow!

Tom then proceeded to tell me a brief history of his life. He had been in a major motorcycle accident and had a stroke. He actually was in a coma for three months. I don’t know when he came to know the Lord, before or after the incident, but he followed this up with, “I am praying for you and your mom. I have been praying for Martha all week, and I am sorry about your dad.” (We usually tell people that Martha is my mom. It just fits easier in most people’s box and the actual story is God’s to share.)

Martha met Tom a week ago and they had shared a bit. She told him she had lost Kenneth a few weeks back and that was why she hadn’t been at the pool. He shared a brief history of why he was rehabilitating and also told her that the doctors had said he would never walk again. With his good arm he pointed up to heaven with a glow on his face. Martha said, “They didn’t count on God, did they?” He just beamed!

Here is this man who is debilitated, having lost his own father to cancer in 2012, joyously praying for Martha about losing her husband. And now he meets me and asks me if I know God and then embraces me as his brother. I was having a rough morning so this really put things in perspective for me!

It kind of reminds me of the movie Regarding Henry starring Harrison Ford. It’s about an unscrupulous lawyer who treats his cases and family with the same ruthless attitude. Then he gets shot in the head during a robbery. He wakes from a coma with amnesia and is unable to perform the most common of tasks. He has to relearn how to live, and in doing so, he’s more of a child than the jerk he was. Great story! 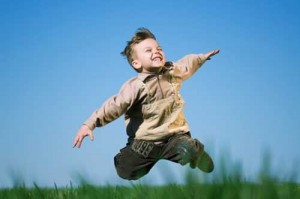 Now, I’m not saying Tom used to be a jerk. I don’t know that. What I am saying is that his debilitating accident appears to have made him a delightful child-like wonder. He’s just joy and excitement. Wouldn’t it be great to live every day more receiving than reserved? How do I know this isn’t a second chance for him? I know from Martha’s conversation with him that he had a very active life and has a son. The true, behind-the-scenes tale is probably a real God-story. Maybe someday my new found brother will share it with me.

With all the bad news out there in the world currently, I was just ready for a good old-fashioned, heart-warming tale.

I’m totally intrigued by your “The End!”

It isn’t an end of the blog as you will see tomorrow. (C; It was the end to a nice tale, it was an end to a difficult day, and the end to my willingness for that day to bother me. I preferred the God story to anything disturbing me today. So I guess the “The End” was more like “so there” devil! Thank you for asking Sandy!

It’s nice to know that, John!
And tomorrow will be a new day!

So glad you shared this and was able to share in it. So glad we have brothers and sisters in Christ when we meet them its like seeing another aspect of God that we may have never known apart from them.

Oh John, i loved the movie “Regarding Henry” and I love your story. How God blesses you and Martha, Jennifer,
and Carol with HIS delight and you pass it on to us!!!!!! Thank you for being ‘my brother’ also.
LOVE YOU