What happens when my authorities make demands against God’s Word? Who do I abide by? This is a reality believers have faced since the beginning of Christianity. The Church in America has been unaccustomed to authorities violating its Christian rights. But is overreach now becoming an issue? Have those seeking power started to eradicate their rival? Are we seeing a shift to silence the church? “Do not meet, do not sing, do not fellowship, do not lay hands in prayer, certainly no hugging…!” How do we abide by the Word of God and follow such edicts?

How do Christians handle it in countries where the state sanctioned “religion” forbid things like: owning a Bible, meeting in homes, or preaching unsanctioned doctrine. If no authority is in place but by God, then do I have to submit to these decrees? Am I to follow the atheism sanctioned by authority just because they are my authority? 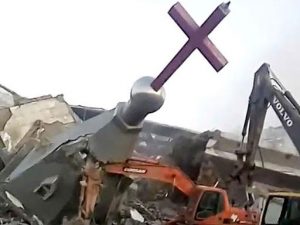 Look at the People’s Republic of China who looks to “protect” its citizens from things that do not conform to “normal religious activities,” generally understood to refer to only religions that submit to state control. Their Constitution further forbids the use of religion to “engage in activities that disrupt social order, impair the health of citizens or interfere with the educational system of the state.” WOW! As I have read the Gospel of the Kingdom, it seems to violate every one of these rules.

The Gospel preached by Christ was highly disruptive, interfered with the status quo health of the people, and was counter to the acceptable rules and orders laid out by man. The Gospel ran counter to the religious and governmental structures of the day and still does.

Christ is Lord of All! And all means ALL! (see Ephesians 1:22, Philippians 2:9-11) And while this is an immutable fact, we are also commanded by Him to be subject to governing authorities (see Romans 13 and 1 Peter 2). In 1 Peter 2:18 he says, “not only to those who are good and gentle, but also to those who are unreasonable.” How in the world do we justify this great quandary?

“All authority has been given to Me in heaven and on earth.”
Matthew 28:18

What if Authority makes demands that are against God’s? 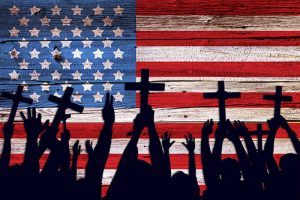 Some believe they can out lawyer the Word in this, deciding the judicial bounds of authority. “Here and NO further! That is your space and this is mine!” But this is a slippery slope, because when I position myself as judge, between two apparent contradictory sides of scripture, I am unseating The Judge by sitting in His chair. I was never intended to be the scale on which the Word rests, the Lord Almighty is the fulcrum, which is based on His Mind not mine.

Government and rulers are subject to God.  Jesus affirmed that principle when He told Pilate, “You would have no authority over Me, unless it had been given you from above” John 19:11. Now talk about threading the needle of authority.

Here is the bottom line of authority. It is impossible to maneuver without God. We cannot do it on our own. There is only One Life who could thread the authority needle and that is not mine. I am not intended to base my submission on how I feel, what my opinion is, or what I think is my rights. That is independence from God and eating of the Tree of the Knowledge of Good and Evil. This will ALWAYS be death to my life. But there is good news, actually GREAT NEWS. His Life and Will lives within me. And as I let Jesus live through me, He not only threads the authority needle, but works a living tapestry of His Life and Will through me. 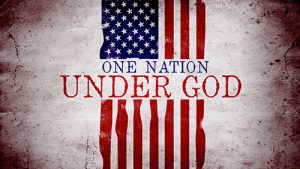 Jesus is Supreme Ruler and He looks for me to seek His Will in all my actions. No, He never violates His Word because He is the Word. But as the Word, my surrender to Him is paramount. He never asked me to independently trek out on my own to figure it out. He never said, “I gave you a brain and a Book, now go figure it out.” Quite the contrary, He gave me Himself and His Life. He calls me to live in dependence not independently of Him.

Thinking I know, will lead to an exalting of my thoughts based on my opinions above the Most High every time. (See 2 Corinthians 10:5) Again, He cannot violate His Word, because He is the Word. So don’t take this to the far extremes where you think I believe I can choose what I want and do not want in His Word or that I think I can live by the Voice and neglect the Word. I am saying clearly that He decides and lives it out because He is my Life.

I have been crucified with Christ and I no longer live, but Christ lives in me. The life I now live in the body, I live by faith in the Son of God, who loved me and gave Himself for me.
Galatians 2:20

• In my next post I will give some consequences and some examples of how this plays out.

“Christ is Lord of All! And all means ALL!” — thank you, John. He is the Head of His Church. Governmental authority may refer to the individual(s) outside of the church, zoning, codes and the like but do they really have a right to tell us how to worship if it goes against God’s commands in scripture? In our church (which is only about thirty people), we distance – families may sit together –“social distance” seems like an oxymoron since distancing appears quite contrary to being social (in person), and mask up if we’re going to be praying or speaking… Read more »

Such a good word John and so needed at this time! We’re always looking for the ‘right thing to do’ etc but this cuts through everything and gets to the heart of the matter. Truth!

Me too, while I was editing my book The Sovereign Touch, the Lord woke me up and said I had to write this chapter which includes this and the next post. It has been vital for me! Blessing you Nancy!