Wait on the Lord;
Be of good courage,
And He shall strengthen your heart;
Wait, I say, on the Lord!
Psalm 27:14 NKJV 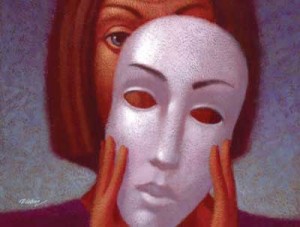 Do you think that Satan reserves some of his heaviest attacks for people who fear only the Lord? I think that a pretty big hammer falls on the men and women of courage because their very lives expose the lie of fear’s indomitableness. Fear says, “If you do/say/think/try/make this move, you’ll die.” A courageous life slaps fear across the face with a glove and laughs when it runs away from an actual duel. I don’t think that courage is infectious exactly, but when it exposes the impotence of fear, it can relay hope to the hearts of those oppressed. And hope is a beautiful, buoyant gift to humanity!

“Be of good courage, and He shall strengthen your heart.” Does this mean that if we’ll step out in defiance of fear, whatever the situation might be, then God will meet our courage with His own might and power, giving us strength for that very situation? That puts a very different spin on many unpleasant circumstances that I’ve faced down in my life.

It’s not unusual to be told to “be smart about it” or “take the high road” or “let cooler heads prevail.” I think that there can be wisdom in these approaches, but only if it’s coming from the Holy Spirit. In a world ruled by fear, courage can seem reckless. Maybe even crazy. President Andrew Jackson comes to mind in that regard. 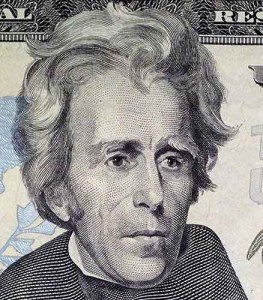 President Jackson was the first US President to undergo an assassination attempt. He was leaving a funeral when a man approached and shot at him, but his gun misfired. Jackson was with several people at the time and had many options for how best to respond: run away, duck behind something or someone, order his aides to detain his attacker, wait for cooler heads to intercede on his behalf, let those around him provide protection, etc. The 67-year-old Jackson opted instead to begin beating his would-be assassin with a cane. The assassin didn’t enjoy said beating, so he pulled out a second pistol and shot at Jackson again. I can only imagine the consternation he must have felt when his second gun misfired. Jackson’s aides jumped in right about then to separate the two men and the first presidential assassination attempt ended in abject and humiliating failure.

On the surface, President Jackson’s actions (especially in light of his rather infamous temper) could be construed as reckless or even downright crazy. But I don’t know. I think that most people looking down the barrel of a gun are hit with a big bullet of fear before the actual shot rings out. I think that President Jackson shrugged off that fear and charged courageously and wrathfully at an armed man trying to kill him. Courage and fear faced off that day and fear lost. Badly.

It was a friend of mine who told me that story many years ago, and when he told it, he marveled at Jackson. He hated pretty much everything about Jackson, especially his politics, but when it came to that story, he just marveled. There was only wonder over the fearlessness on display.

“Be of good courage, and He shall strengthen your heart.” This is a promise wrapped in the warning to “Wait on the Lord.” I wonder if the promise is as big as I think it is. I’m asking the Lord and hoping that it is.

Hmmmm… very interesting approach to fear, Jennifer. Very, very cool. The quote you brought says (1)wait on the Lord + (2)being of good courage = (3)He strenghtens.

So, there is a work on both sides. I wait on him, which put downs my fleshly strength. Then I “be of good courage”, which I think it is my will aligned (my surrender). Then His part is to strengthen what is weak per se, but now focused and aligned.

I never saw this. It is so brilliant.

Jennifer, I’m wondering could the courage in part be the waiting on the Lord? My bent is usually either to rush in and fix something or run screaming from the room. But to choose to wait for the Lord takes a death to that bent. Is that a part of courage??

Courage is defined as “mental or moral strength to venture, persevere, and withstand danger, fear, or difficulty.” I think one of the scariest things we can do sometimes is be still and wait when fear attacks, so I would say that qualifies as withstanding fear and is thus courageous. I tend to use outsized examples to illustrate my thoughts, but courage need not be easily evident to everyone in order to count as courage.

OH Jennifer, I would have missed this story about President Jackson, so thank you for sharing it and your message
about a courageous life…….a ‘COURAGEOUS LIFE SLAPS FEAR ACROSS THE FACE WITH A GLOVE’, this gives
me hope that the LORD will give the courage and strength when I need it.
BLESS YOU and I got the “warning also”