A disciple is constantly being sifted. That’s what it really means to pick up your cross and follow Jesus every day. What can be shaken in my heart and soul and spirit WILL BE shaken. And the more I surrender to this divine sifting as normal daily life with Christ, the less frightened I am by the tremors moving through the world more rapidly by the week. And make no mistake, we are in a constant countdown to madness these days.

Countdown to Madness in the World 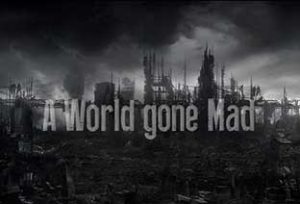 I last wrote about my faith in the world being shaken into the light. That’s how it seems to work. Wherever I have built a house upon the sand, God loves me enough to knock it down. If you are His disciple, this is a normal occurrence. Sanctification is real and practical and a daily thing. My new normal since salvation is having my comfort zones shaken into the light for elimination. This is not normal for the world.

People are very invested in their comfort zones. And as faith in God falls away, faith in other things deepens. In about 30 days, half of this country will explode in disillusion and anger as their god falls down. Politics is a religion unto itself for a great many people and elections trigger either euphoria or crushing defeat in the hearts of those who worship the donkey or the elephant. We are in a countdown to madness there, and what can be shaken will be shaken.

Countdown to Madness in Churches 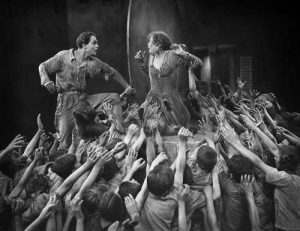 I’ve been perusing major Christian magazines and blogs and church sites in the last two weeks and I’m hard pressed to find the Gospel, let alone any mention of Jesus Christ. When the shaking really ramps up, these worldly institutions parading as the Bride of Christ will be shrieking and wailing as loudly as every self-proclaimed heathen. There will be no sanctuary in the temples built on sand, and that will be God’s grace and mercy for the lost that believe themselves found.

If I’m not willing to be sifted now, to have all that is opposed to my Lord shaken into the light, then I will not survive the coming quake. The countdown to madness is on and only God knows whether a reprieve is in the works. The temptation for every disciple is to engage with the distractions of the world. To leave the sifting and the daily cross and take the fight to the enemy’s door. That’s how you get an army fighting for what’s right (and assuming they know what that is) rather than standing for Christ.

I just read Worshipping the Ways of God by Watchman Nee for the umpteenth time, and I’m struck anew by the strangeness of our God. Of all the assumptions I make in my life, none are more worthy of outright ridicule and scorn than those I make about God. He is absolutely beyond humanity’s ability to figure out. If He doesn’t tell me what He wants or what He thinks, I cannot even guess. But in the countdown to madness, His ways are the only safe course of action. I would much rather be a lighthouse in the coming storm than the band playing on the decks of a sinking ship. As disciples of Jesus Christ, we have that choice.

…we are receiving a kingdom which cannot be shaken…
Hebrews 12:28 NKJV

Powerful and timely words. Thank you!