The ‘horrific Orlando shooting’ has had a sobering impact on me. There is no doubt that the world is growing darker. Shootings now are too common occurrences and this one the worst of all.

Revelation 1:14b
His eyes flashed like a flame of fire.

It appears that most of Christianity lives in oblivion to the reality of our day.

Signs of the Lord’s Soon Return 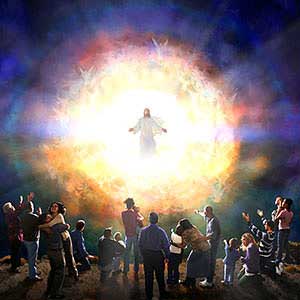 John said, “It seems that since World War II, the world has gotten constantly worse.” I told him that was because World War II was the beginning of the birth pangs that Jesus taught in Matthew 24:7-8. It is the Last Days. Perhaps the Last of the Last Days! The birth pangs have continued, the heaving of the earth’s agony – unprecedented natural disasters. Then there is the shocking rise of Christian persecution and martyrdom, the greatest in history. Senseless violence is growing.

This, for me, is the sign of the coming rapture and the imminence of the tribulation. And all of these things must happen before Christ’s soon return to earth. My husband always said to me, “You can’t change the end of the story.”

The birth pangs are coming closer and closer together. That marks the end of the travail and the nearness of the birth of the millennial reign of Jesus.

Being Made Ready for His Soon Return

This morning I soaked in this passage:

2 Timothy 4:1-5 NASB
I solemnly charge you in the presence of God and of Christ Jesus, who is to judge the living and the dead, and by His appearing and His kingdom: preach the word; be ready in season and out of season; reprove, rebuke, exhort, with great patience and instruction.

For the time will come when they will not endure sound doctrine; but wanting to have their ears tickled, they will accumulate for themselves teachers in accordance to their own desires, and will turn away their ears from the truth and will turn aside to myths.

But you, be sober in all things, endure hardship, do the work of an evangelist, fulfill your ministry. 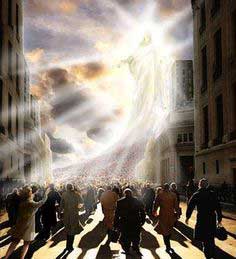 That time HAS come. Like sheep, people are following false prophets who have no message of the cross nor of Christ as central! I have experienced that most Christians, whether leader or layman, actually don’t want the truth about their real spiritual and moral state. “Show people where their lives are wrong” (2 Timothy 2). Yet speak such a word with the hope of helping Christians to a pure heart so they will SEE God, and they will accuse you of cruelty and abuse.

Since the 1980s, the Lord has called me to prepare the Church and help the Bride to be ready for His return. He ignited my heart with a fire of passion for Christ to have all He wants, all those He calls. I became like the friend of the Bridegroom, whose one joy was the readiness of His Bride for her Bridegroom.

All seven of the conferences we have held in Atlanta since 2009 have addressed the specific purpose of being ready to face Him who will ‘judge the living and the dead.’ There is a small humiliating price to pay to have the great privilege of living with Christ for eternity to rule beside Him.

Divine Light can be very hot but it has the power to kill our impurities. Then living in the Light of God’s gaze is a warm place of future safety.

To face the Lord’s judgment of our lives has to be done in this life. Judge yourselves now and you will not be judged. When we see Him face to face it will be too late to confess, resolve, receive the Blood and the Power of the Spirit to live!

Jennifer said to me this morning, “It is not just unkind to refuse to confront, it is actually cruel.” More, it is disobedient to God at the expense of His dear children.

Recently the words spoken when John the prophet came in the scene “PREPARE THE WAY OF THE LORD” are pertinent to this day. Your message reaffirmed God’s Word as you always do. Thanks Martha!!

Martha thank you for your passion and for your obedience. Reading this stirring message this morning reminded me of a prayer that Mike Bickle often prays: “Lord, shock me now with your judgment and spare me the shock when I stand before you!”

Oh “friend of the bridegroom” thank you and may the Lord continue to bless your “fire of passion” in not only your conferences but your daily life to bing us to live in the Light of God’s gaze. My spirit so identifies with your sharing this morning and I am so grateful for HIS bringing the Divine Light to kill my impurities…….keep them coming OH LORD. Just yesterday I was asking HIM about this. “IF i allow you to cleanse my heart now, if I bring all my evil thoughts and ways into your light now,?……and you have given the… Read more »

“To face the Lord’s judgment of our lives has to be done in this life.” Not too long ago a beloved friend asked me if I knew about “His judgment?”, about how “it is intended to bring reconciliation to Him?” I thought I understood about God’s judgement but something in the way the question was asked gave me pause. I couldn’t assume I knew anything about His judgment in the way that she meant. I needed to understand more. Recently I began reading a book by Watchman Nee called “The Spirit of Judgment.” I haven’t quite finished it but I… Read more »