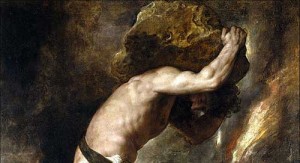 Immediately when Adam and Eve were created, God gave them a job — a big job. A huge responsibility: to name the animals, subdue the earth, and multiply! But they heard the reasoning of the serpent and left the job. I suspect that the enemy taunted them with the idea that they had a ‘job too hard’ and they needed knowledge of the Tree of Death to perform it.

Now these thoughts may seem like imagination. But this is a revelation of my life’s struggles to obey my work, of not avoiding work, as John has written so powerfully. This was my search after assuming my God-given responsibilities and finding that every one is too hard for me. And facing with Him, before Him, how much I really hate work.

My Job vs. My Laziness 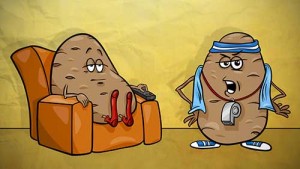 When I went beyond that to God, I found that my adventure lay buried in my very burden of responsibility.

To face the stark reality of scripture is to be bewildered. God’s brilliance is unfathomable to us. He is inscrutable in His ways, but if you ask Him with honest seeking, He will show you all His intent…sooner or later.

The ‘punishment’ for Adam was “the ground shall be cursed…” A man labors and sweats and doesn’t gain the satisfaction he wants from it.

To the woman was the assignment of childbearing in pain. That is true for every woman. The one who has no child is in unrelenting pain. The one who has children, and doesn’t want them, lives in her own prison. The mother who loves her children finds that they return an awful pain to her. Why would God give that particular curse to humanity?

I pray I can make this clear.

First of all, God’s intention is never to give us a calling, a work, a mission to just throw us out and then test our success or failure. God is Father. And Father so wants partnership with His children.

If you could see as I have been shown His huge Father Heart, you would weep for Him over His great longing for intimacy and His exceeding joy to lavish His gifts and His love on us. Work is meant for relationship, and more…for exciting partnership.

My Job and My Purpose

Responsibility was meant to create a need that only God could meet. To reject work is – as John said in his post yesterday – rebellion.

But Jesus answered them, “My Father is working until now, and I am working.”
John 5:17 ESV

Work is divine existence. Work is our human legacy, wherever our situation and whatever our calling. So to resist work is to lose your life and the purpose for your existence, which is eternal life: “to know You, the Only true God, and Jesus Christ Whom You have sent.” And that would be a regret unfixable but also unendurable.

To embrace responsibility is to suffer, but it is meant to bring us into a great adventure — the discovery of God and of you.

The Consequence of Rejecting Your Job 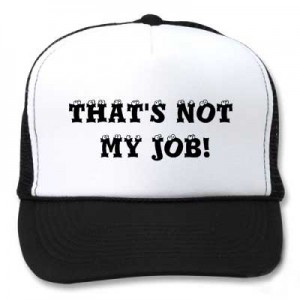 I once knew a man who was called as a teenager to serve the Lord as a preacher. He said a blatant, secret NO to God and went on to become a businessman. I wonder if he felt that calling was ‘too hard.’ Yet he increasingly hated every job he ever had because of responsibility. He refused some great possibilities offered to him simply because they meant more responsibility.

Where do you suppose he ended his life? Because of ill health, he became unable to work at anything. And that was terrible for him. He had the leisure he wanted yet he hated it more than any difficult work.

There is a joy and bliss, a stretch and a discovery in accepting your assignment to ‘subdue and multiply.’ Don’t miss it.

For we are His workmanship, created in Christ Jesus for good works, which God prepared before hand so that we would walk in them.
Ephesians 2:10 NASB

Imagine! Everything has been arranged, deposited, and assigned for the supply of your personal responsibility. And all of it comes through God and appears for you as soon as you see the need of it for your work! The result is that you adore Him as you know Him, and you please Him because His own power does the work He assigned to you. And you come upon the wonder of finding His explicit workmanship…of you!

I gave up all my work, and waited on God and received His work. But His work led me into obscurity. So I kicked and I screamed as He led me into my wilderness. It is here that I discovered His streams in the desert.

Oh, Martha, this is such an uplifting post! And the scriptures . . . Jn 5:17 — the victory is won; it is finished; Jesus is seated at His Father’s right hand, and yet – no retirement party — They’re still working! Eph 2:10: always focused on the first part of the verse — thank you for expounding on the entire verse. “His huge Father heart” for sure! To really see that He has chosen little us to not only partner with Him but also to receive His power to work the very things He’s assigned us — we truly… Read more »

Work is meant for relationship, and more…for exciting partnership. Thank you dear for sharing your revelation over this matter. These “works which God prepared before hand so that we would walk in them”, it is clear you are talking of everyday work and duties and assigments on this earth, done through His power, and this revelation goes on this line, but… do you understand these “works” could also convey something other than the tasks of our hands and duties on this earth? I mean, I am trying to see if these “good works” are only subject to our time here… Read more »

Maybe I expressed it badly. I am asking, not affirming. 🙂 It is a question.

Do you see these “good works” as something only for this earth or also for beyond?

This post has me pondering. God gave me a task that seems enormous. Beyond any hope of anything in me. I never thought of it as “for relationship- and…partnership.” Wow! It puts an entirely different light on my day!

Oh Bless you THANK you Martha, the veil is removed and I see plainly that: first, I wasn’t lowly enough to admit I had need and secondly, I wasn’t honest with God that I hated my assignments.
This post gives me hope in GOD that HE has “arranged, deposited and assigned for my supply for my personal
responsibility.” You and Jennifer, John, and Carole have returned the deposit HE made in each of you to benefit me.
LOVE

Yes, thank you all for the assignment you’ve accepted and the work that you do to impart His life.

His big Father heart seems boundless to me–and yes, He DOES give us more than we can handle at some point I think–just so He can step in and take care of it when we are finally ready to turn to Him for help 🙂
God Is Love