2016: A year of war. Babies killed by buildings tumbling down in East Aleppo, young children starving to death in Yemen. A year of terror: 10 big assaults in Europe, 4 in Turkey, 6 in the U.S. 2016 was a year of suffering.

God, where are You? God, why won’t You come in and change it all?

This year I went in intercession at the side of a deeply suffering person whom I cherish very much. And by accompanying them in this difficult walk, I learned lots and lots about Who God is and what all of that could mean to us in our suffering. I have not actually THE answer – this is not a recipe – but I’ve glimpses a truth which is bigger than I. 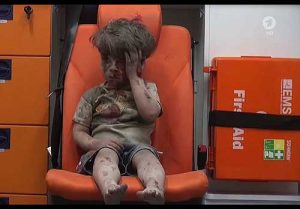 So often in our church we’d tell new believers how great their life is going to be, living with Jesus! And of course this is absolutely true. Only sometimes we have no idea what a “great life” is. Our life is not necessarily the greatest when we benefit the most. That is not God’s goal. Our benefit is a result, a side effect of what it is truly about: To reveal Him, to make Him known, not by our words only but by our life.

I am challenged by what we have to reveal, when we search to reveal Him: His Authority for sure, His Healing Power, His Prayer, His Forgiveness, His Humility, and of course, His Love—Love for us and His Father. Now, I well know the place where His Love for mankind and for the Father culminated! Do I want to follow Him THERE?

The Suffering of the Sacrificial Lamb 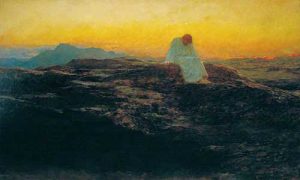 I always find it helpful to have a look what an “elder brother” has to say about it:

The Messianic scholar, Alfred Edersheim knew that the lambs on the Bethlehem pastures were lambs dedicated to be sacrificed in the Temple in Jerusalem; their shepherds were priests. And it was those priests to whom the angel came, telling them they would find “the Savior, the Christ, the Lord” in a stall near the village. Not in a manger, in a stall where the sacrificial lambs were to be born. They well understood their Messiah came as a Lamb to be sacrificed!

Scripture speaks of Him as “…the Lamb slain from the foundation of the world” (Rev. 13:8 NKJV); before mankind was even created Jesus was ready to die for them.

Another Messianic teacher, Arnold Fruchtenbaum, taught me that the Roman’s right to sentence a Jew to death was established only months before the trial of Jesus! Earlier, and according to Jewish law, a “blasphemer” was stoned. And a man to be crucified must not be flogged! Jesus was scourged because Pilate thought he could save His life that way. So we see that Jesus endured the worst torment even possible “by chance.” Why did He do that? Why on earth did He go further than death? Further than “judicially necessary?”

I think Jesus willfully died like a sacrificial lamb, losing almost all His blood, which He gave to “wash away the sin of the world.” He willfully went into the utmost depth of this broken world, broken by our sin and left to destruction every place where Jesus’ victory is not allowed in. 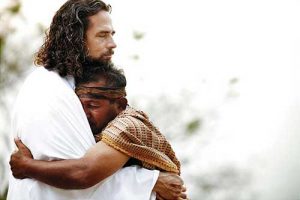 So it isn’t like we feel it is, that He would leave us alone in our suffering; it is instead that He went as far as possible in His suffering to share ours. And in fact we will never have to share His utmost agony – the separation from His Father by our sin, for three unbearably long hours.

To see that, to understand that somewhat took away my open or latent rebellion against suffering, affliction, and pain. One of my heroes of faith, a Catholic French woman who came to know Jesus after years of nihilism, Madeleine Delbrel, started one of her most impressive writings like this: “The Gospel is the book of the life of our Lord. It exists to become the book of our life!” This is no benign sentence; it means everything, literally everything!

We may like it or not, but while living here on earth we are called to share in ALL the realities of His Life as far as we are ready to say ‘yes.’ Though this ‘yes’ does not make our pain less painful or our suffering less severe, I experienced that at least it fills it all with sense, sometimes with worship even, and it takes away the fear!

There is no recipe in affliction, no cheap answer for those in agony and distress. It will remain a struggle always. But we can be sure Jesus will be in it, He will share it as He did before. So in a way, HE will come into our pain and WE will come into His suffering AND His resurrection:

(Philippians 3:10 KJV) know…the power of His resurrection, and the fellowship of His sufferings, being made conformable unto His death…

Thank you, Gaby. It’s interesting that Father gave you glimpses of Him and His truths while you were walking alongside someone dear to you who was suffering deeply. It must have been painful for you, as well. Many times during times of even light afflictions, some are prone to look inward or retreat. (From experience) Some of what you touched on reminded me of the disciples on a boat when a ‘sudden’ and violent windstorm comes up (Mark — Matthew calls it a great storm): “Teacher, do you not care that we are perishing?” It seems that storms that come… Read more »

Thank you for this great commentary – quote! Very true!

Comforting & fascinating insight about the Lamb of God. Thank you.