After this, many of His disciples drew back (returned to their old associations) and no longer accompanied Him. Jesus said to the Twelve, Will you also go away? [And do you too desire to leave Me?]
John 6:66-67 AMP

You already know that all who are in Asia turned away and forsook me, Phygelus and Hermogenes among them.
2 Timothy 1:15 AMP

For Demas has deserted me for love of this present world and has gone to Thessalonica…
2 Timothy 4:10 AMP

For many are called, but few are chosen.
Matthew 22:14 KJV

If you choose to be a disciple of Jesus, following Him wherever He goes, you will have people leave you. To believe otherwise is to fail in the most cursory reading of the Scriptures. The truth is that God is not concerned with numbers the way we are. Just look at the Judgment of Sodom and Gomorrah, Gideon’s army, Elisha and the young men who mocked him God’s ways are not our ways when it comes to numbers, or proportional response.

You Will Have People Leave You Because God Wills It 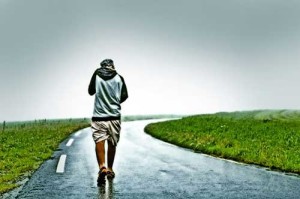 For the sake of 10 righteous men, God would have spared the whole of Sodom and Gomorrah. That’s a great mercy considering that the angels were on their way to inspect the cities to determine if the “shriek of the sins” was really as vile and wicked as had been reported. Gideon started out with over 30,000 men, yet God purposefully winnowed that to 300. He didn’t want the Israelites to be able to take credit for His victory. These are ways that we can grasp, even if they are foreign to us. Some ways are not so easy.

A mob of young men mock and jeer the prophet Elisha, so he curses them and God sends two she-bears to rend to death 42 of them. Forty-two young men DIED a horrible death for yelling “Hey baldy, fly away!” to God’s prophet. That is terrifying to contemplate! I don’t think we like to spend too much time on this particular story, because it’s difficult to grasp in every way. You will have people leave you when you belong to God. God does not prioritize accumulation the way we do. He depletes numbers, lives, popularity, and even good will. His ways are absolutely not our ways!

You Will Have People Leave You Like They Left Jesus 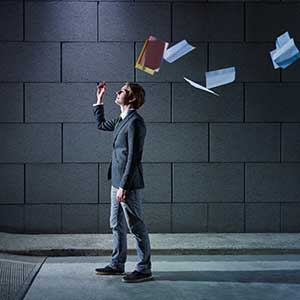 Jesus confounded again and again when it came to numbers. He didn’t do anything to attract people the way we would have ­­– and some still do. If anything, Jesus appeared to actively discourage people from following Him, from believing in Him! He roared in the Temple and spoke softly to an adulterous woman. He offended and insulted the respectable and dined with the eternally despised taxman. He healed the sick and told them not to tell anyone. I look at Jesus’ actions and think that only the Son of God could have done these things and still had 12 disciples when the dust settled!

You will have people leave you when you follow the One who did these things. The New Testament is as much a story of people leaving, betraying and falling away as it is anything else. It is foolish to think that I know what God would do or say in any given situation, because until He tells me, I absolutely do not. And if I prioritize keeping people over obeying the will of God, I become one of the people who leave.

As a disciple, you will have people leave you for all sorts of reasons. Some prefer the world. Some prefer their demons. Some would rather keep their life than lose it. Some prefer the dull and dingy theology they can master to the confounding Lord Who masters all. You will have people leave you, and that is as sure as suffering for the sake of Christ. When they turn from the Cross and say, “No, I will not,” you, too, will find a Cross before you. Will you leave the ways of the One you follow to chase, cajole, plead or pursue the person leaving? Or will you hold fast to Jesus?

Great post Jennifer… thus the narrow path, all that is necessary.

How true! I see it in the scriptures and somewhat secretly denied this truth, thinking: “He wouldn’t ask this of me” — yet He did and He continues to; why should I be less privileged to side with Him? And when that Cross does come, I’ve found that His grace does, too. Even when others leave, He does not bend the bruised reed. Thank you, Jennifer.

“It is foolish to think that I know what God would do or say in any given situation, because until He tells me, I absolutely do not.”

Thank you!
Bless you,
Love

This message has so much meat, Holy Spirit revealing hard truths about life as a disciple. Bless you for putting it out there for us to “see” what HE is calling for. Yet, you give us hope that it is our calling thus trustworthy and HE is able to accomplish it through us. Thank you and may LORD BLESS.