Last Monday I made a distinction between the royal life versus royalty. Being royal is being born into a royal family, but being royalty is living in the rank, status, power and authority of a monarchy. One of my examples was Prince Edward, who abdicated his right to be royalty (King of England), while remaining royal by birth. His royal birthright couldn’t be taken from him even after refusing the responsibility to be king. DNA is DNA!

Then Thursday I explored living in the position of royalty. That though I didn’t do anything to merit my Royal birth, I do have to take up the rank and responsibility to live as royalty. Martha has often said over the years, “If you don’t use the authority God has given you, Satan will take it from you and use it against you.” That’s just bone chilling! 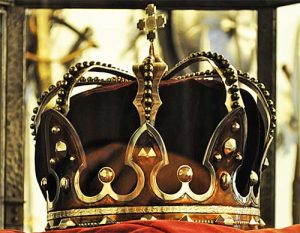 Today I want to make a firm distinction. Though I am royal by rebirth, my royalty doesn’t come from me. Sure, I have to take up the responsibility. But my being royalty is more about my YES to Christ as King rather than my performance of living out royal duties. There is but One Life in all of Creation that is Eternally Royal. There is but One King over all rulers. And it is His Life as my life that is Royalty.

The Royal Life Must Choose 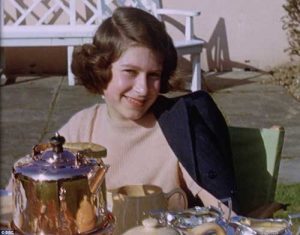 One of the best quotes of the Netflix series The Crown is when the Queen Mother (Mary) writes to her granddaughter, Queen Elizabeth II, a letter at the King’s passing. It reads: “Dearest Lilibet, I know how you loved your papa, my son. And I know you will be as devastated as I am by this loss. But you must put those sentiments to one side now, for duty calls. The grief for your father’s death will be felt far and wide. Your people will need your strength and leadership. I have seen three great monarchies brought down through their failure to separate personal indulgences from duty. You must not allow yourself to make similar mistakes. And while you mourn your father, you must also mourn someone else—Elizabeth Mountbatten. For she has now been replaced by another person—Elizabeth Regina! The two Elizabeths will frequently be in conflict with one another. The fact is the crown must win. Must always win!”

Likewise, when I was born-again, John no longer was. I died and now God’s Royal Life lives my life. He is His Royalty in me, and He rules through me. I am not indulged with independent ruling; His is the only Rule. So you see why living as Abigail did is so repugnant. I am not called to perform “Royalty,” I’m called to let His Majesty rule.

I have been crucified with Christ. It is no longer I who live, but Christ who lives in me. And the life I now live in the flesh I live by faith in the Son of God, who loved me and gave Himself for me.
Galatians 2:20 ESV

Surrendering to His Majesty is crucial and yet I easily can miss it and have to circle back and reposition my heart.

Interesting!
I only “think” I shall no longer be surprised by the many ways of the Lord in His speaking to me. He keeps me humbly in awe.
I praise His Holy Name.
Bless you John, bless you.