I had a very interesting conversation with a man I consider to be a friend the other day. He said, “I don’t know if we now possess what it takes to fight!” And this connected with thoughts I was having along the same line. I was listening to people in class who said they just want it all to stop. And who doesn’t want “normalcy?” Especially when we have faced a year of chaos and crisis. If I asked you, “Are you ready to get off this crazy merry-go-round?” My next question would be, “What price would you be willing to pay for this state of “normalcy?”

At the same time, I had the thought of all those who have gone before us to pay the price for us to live where we live. OK, at this point you may be saying, “John, are you talking about the USA or our spiritual condition?” The reason I am bringing this up on this blog is because my answer is both and all. I don’t think anything is happening in this country that is also not happening in our spiritual lives.

Having What it Takes 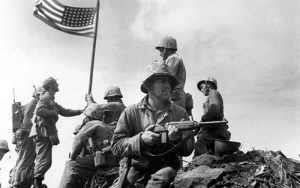 There are many who have paid the price, the ultimate price, that we would be given the privilege to choose. Soldiers, both spiritual and physical have fought to give us the ability to continue to choose for this expanse…or NOT. And I personally feel it is an insult to their legacy that we can’t even stand for a season of uncertainty to defend what they fought to establish. Many are so willing to throw in the towel for the illusion of “peace” and “safety.” I can tell you it is by no means peaceful or safe to abandon the position of righteousness, just for momentary comfort.

At the same time I have also pondered the fact that maybe we don’t deserve this treasure. If you are not willing to protect your provision, maybe that provision is undo to you. I know this seems harsh, but can you imagine if the Apostle Paul said, “This is just too costly, I want it just to be the way it was!” We would have been robbed of the most amazing revelations of our Savior Jesus. The Mystery of the Gospel, would still be a mystery unearthed.

Maybe my friend is right, maybe we don’t have the stones to fight for our freedom and liberty. Ben Franklin had it right when he said, “Those who would give up essential Liberty, to purchase a little temporary Safety, deserve neither Liberty nor Safety!”

A Test of What We are Made Of 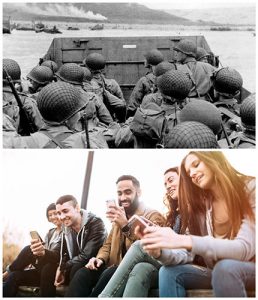 I personally believe that this whole scenario has been established by God to test and prove us. His question, “Do we really want what we have been given? Then prove it by fighting for it!”

Most of us never had to fight, rather we were given our privileges. It was handed to us on a silver platter. I know they were in my life. I have been around for over a half century and I haven’t been required to defend my freedoms. But boy, having what I have considered to be a right compromised and contested has tested my fortitude. Will I just toss in the towel because the stress is just too much? Or am I willing to defend and stand for what I believe has been given to me by God?

This season of testing will be a theater of conflict that will reveal all our hearts. Do we really believe what we say we believe, and are we willing to stand and endure with the Lord to keep it. We will see in the days, weeks, and years to come what we have chosen. But essentially we are all standing on a turning point where we each get to choose how we will live in our future.

Fight the good fight for the faith; take hold of eternal life that you were called to and have made a good confession about in the presence of many witnesses.
1 Timothy 6:12 HCSB

The legacy given us is no small thing! To see it, look at every single God-given Life, in the Word, in His-story, in our early & heavenly sphere. Paul, gave all…& said, “my flight & crown, wreath of victory, thus stand firm in the Lord, my beloved.” TPT has this, “Now arise in the fullness of your union with the Lord.” What’s been sacrificially & the advance guard, invested & given to us… Shall such grace & gift be in vain? Never! God’s purpose is relational in every direction, in Christ, & His interest. We are brought to God’s interest,… Read more »

Thank you, John, for such clarity!

I’m confused by this. Nothing He has given me is anything man can take away. The rest is not necessary for proclaiming, sharing, and teaching what I have been given. In fact, the greater the suffering, the greater the contrast between the world and what He offers each of us. Should I imply here that I am to fight for both the kingdom and my cultural heritage?

Hey buddy, I understand what you are saying. Yes, no one can take what God gives…but I can give it away. I have witnessed over and over people loosing what God has given through unbelief. If the enemy can convince his theft is accomplished. Unbelief is our temptation and the enemy dwelling within. There is a war of belief right now.