I had a conversation with Martha recently about how I pray. This has not always been the case but I have become a different person in prayer than I once was. I used to use lots of words and often loud volume to communicate my petitions to God but now I have a different mode of operation. I have found waiting in prayer is where we see answers to prayer.

I have come to this position through some heartache. I realized I used to tell God more than listen to Him. The fruit was less than extraordinary. I wish I could say that it was me alone, but I have witnessed it is more widespread than just me. I now believe that most of His answered prayer in my life was in spite of my prayer flailing and because of His total grace. God really doesn’t need me to fill Him in on situations. While He loves to hear my heart, He doesn’t need my opinions and judgments of how things are. You know the ALL-KNOWING, ALL-SEEING GOD doesn’t need mister finite understanding with limited sight to tell Him how things are to be. 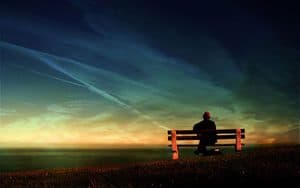 Much of my current prayer life now lends itself to hearing and holding. I go to Him and wait to hear and once He tells me, I hold in faith what He has said. For instance, we had a precious sister in the Lord call and ask for prayer. She found a lump in her breast and was going to get a biopsy. She wanted her spiritual family to stand with her during this time, just as I would. But upon hearing this news of her situation I didn’t speak, I listened. And almost immediately I was given a faith that there was no way it was cancer. It had to come back as nothing. So this is where I stood and waited. This has happened multiple times for in my life, and I am like a dog with a bone in my faith.

Later that week we got the news, NO CANCER! There just was no way. I heard what the Will of the Father was and I stood to bring heaven down to earth. I wish this could be how it was in every situation, but some situations require more waiting and listening. What they don’t require is my flapping lips and telling God what is happening.

When I listen it isn’t like I am passive. I am honed and focused. I actually am probably more actionable than if I was telling God in my prayer.  I guess this goes along with Matthew 6:7. When you pray, there is no need to repeat empty phrases, praying like those who don’t know God, for they expect God to hear them because of their many words. Prayer is more about connecting with the Father rather than telling the Lord. 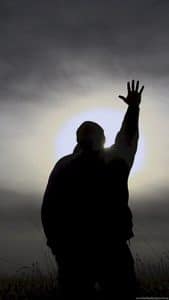 Then this morning I saw this on Facebook. It fits what I was saying perfectly. Mike Signorelli said in his sermon about prayer: If your prayer only consists of you talking you’re missing the best part of prayer. Wait and listen. Yonggi Cho has one of the largest churches in the world and a pastor came to him asking, “You have tens of thousands and I only have thousands. What’s the difference because when I pray to God, I can say everything I need to say in 30 minutes?” And Yonggi Cho said, “I also pray for 30 minutes and get everything out. But I spent the next two and a half hours listening after that.

Perfectly stated! I am so pleased the Lord has brought me to the place that I wait and listen. It has been extremely beneficial and actually a huge faith builder. My prayer life is union life with Jesus. It is a place of communion not a putting my orders in with the Divine Grocer.

I have heard it said: ‘Simplicity is the key to the Christian life’
In a world full of panicked prayers, your calm reassurance that our Father IS the Lord God—that He is indeed SOVEREIGN—is like a deep breath of fresh air, John. Health and peace!

If this is what I am communicating I am beyond thrilled. Thank you for this huge encouragement LeAnn! Love you.

It’s no secret that I LOVE His appearing thru you. Thank You Father for sharing Your heart through John….sooooograteful!❤️

You are a HUGE blessing to me. Thank you Cathy! I can’t tell you how much that means.

My prayer life has changed too especially after read Psalm 140 in the Passion Bible–“I waited, and waited, and waited some more, patiently, knowing God would come through for me. ” Knowing God’s ways in the middle of crisis, knowing His faithfullness first hand, makes one hunger and thirst for the Life offered, that He gives so freely. Thank you John and Jesus for this blog today!

Blessing you Nancy! I love that translation, it so speaks to me. It is in my rotations when I am looking for the perfect words for the blog. Thank you for sharing this one. It is truly hopeful. So grateful for your encouragement! Love you.

Thank you, John. That goes right along with what the Lord has been dealing with me on. I have received several confirmations, but this was the clearest I’ve heard. Much love to all.

So pleased to hear this was clearly stated. It is quite a lesson and I am grateful for the Lord’s light and direction. He truly will keep us. Love you Wanda!

Many are those who can’t tell the difference between His voice and their inner own dialogue because they don’t take the time to listen. For those of us who are hard-headed (raises hand), a few bumps and bruises will make you pay attention!

I certainly can show you a few of my knots…🤪😉

I will wait and listen.

Me too Anna! Much to listen and wait about huh?!