Family. Everyone has one—divided, together, living or not, born again or in the world or both. We all have one. Mine, with all the kids and grandkids, just came back from a whole family vacation. It’s a rarity to all be together for over a week. And where there is family, there are vast differences, hidden expectations, agendas, wounds and hurts, conflicting opinions, interesting and sometimes dramatic dynamics going on, to say the least…right? And often it is ­– and has been – God’s training ground, a boot camp for me to learn to rule and reign with Him.

To Love and Leave Family 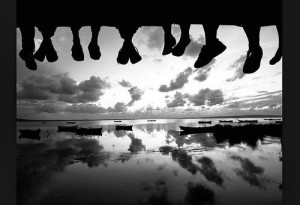 Before I left, Martha prayed for me powerfully and proclaimed the Word He gave her for me for the trip, Psalm 45:10-12.

“Listen, O daughter, Consider and incline your ear; Forget your own people also, and your father’s house; So the King will greatly desire your beauty; Because He is your Lord, worship Him.”
(NKJV)

Having come away from The Triumph of the Lamb conference a few days before, like so many, I was filled with the impartation of new seeing and purpose, focus and wonder over the Lamb and His absolute non-resistance and surrender to the Father. With His Word to me for the trip, I felt such anticipation that I would walk in new freedom. But alas, the week with my family was not an easy one for me. In fact, it was difficult because from the start I felt resistance taking root in my heart. Instead of ‘just being’ and watching Him transcend in me, I was deeply aware of my failure to surrender to His word: “forget your own people also, and your father’s house…”

Alone I would cry out to Him, “What is wrong with me? What is this resistance?” Everyone was having a wonderful time, saying that this was the best trip ever and they were looking forward to the next time, but I was privately repenting. I repented for my failure to surrender to Him and for what my resistance cost Him – and what it cost my family of His presence. It wasn’t until I returned home that His answer came. It came through John’s post, “Giving Forgiveness or Repentance?” That post was a timely answer and life changer for me as it zeroed in on the issue of my resistance: repenting rather than giving forgiveness.

To Love as God Loves – FREELY 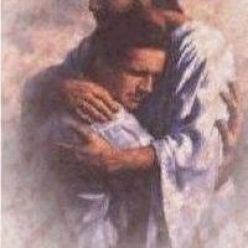 Over the years, as the Holy Spirit dealt with my own failures and sins as a wife and mom, He brought me to deep repentance. But in the process, there were wounds and hurts that my family also inflicted on me, and as John said, “I repented where I should have forgiven.” I really hadn’t fully forgiven them. Instead I had excused them because their actions ‘must have resulted because of my sins.’ I took their guilt as my own, and so guilt I carried. But no more! What freedom, for me and for them.

Isaiah 55:11 NKJV
So shall My word be that goes forth from My mouth; It shall not return to Me void, But it shall accomplish what I please, And it shall prosper in the thing for which I sent it.

He accomplished what He pleased through the Word He had given Martha for my trip, not the way I thought He would, but in His way. Another barrier, another stronghold to Him has been demolished. I am free, through complete forgiveness, ‘to forget your family and your father’s house…and to worship (ONLY) Him.” And my family, whom I so love, are free to do the same!

Thank you, Carol! You hit a real nerve here…so beautifully expressed by your transparency! Bless you!

Thank you, dear one for sharing this. I have struggled with guilt over the way my children behave toward the Lord “I must have been my fault” I have to ponder over the repentance vs. forgiveness. It spoke to my spirit, but has to be illuminated in my slow mind Love you

Thanks Carole, timely for me as well. So sad we fight for our presumed rights so that they can cripple our walk. Lets you know you have met the enemy

I am in this place right now but I don’t get it yet. I have a block, fear or something. Thank you for sharing it is knocking on this wall.

Wow. “So, the King will greatly desire your beauty…” That sounds like a promise! And it makes sense, because we are ugly when we are covered in guilt. Lord, I choose forgiveness and forgetting! Thank you for sharing, Carole.

Thank You Carole ….. This Word was for Me from Our Heavenly Father through You. Thank You for sharing. Blessings to You & Yours.

Oh, Jesus, thank you for this.

oh my Carole, quoting you”excusing them because their actions must have resulted because of my sins,” this completes John’s post for me about my family. BLESS YOU BLESS YOU…….to forget your family and your father’s house…and to worship (ONLY) Him. And my family, whom I so love, are free to do the same!’ FORGIVENESS I need so desperately, so my family needs this forgiveness from me. OH weeping because the LORD hasn’t held back HIS forgiveness of me but I have held back my forgiveness from them. Ancient doors are being torn down. Bless the Lord oh my soul and… Read more »