And they overcame him by the blood of the Lamb, and by the word of their testimony; and they loved not their lives unto the death.
Revelation 12:11 KJV 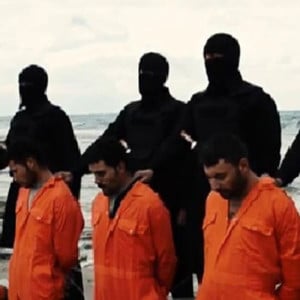 With the recent increase in the execution of Christians because they are Christians, this very in Revelation is more and more often in my thoughts. And when you meditate on scripture, things happen. It’s the adventure of the living Word; we cannot be unaffected by it. And I have had new Light on what it means to love not my life unto death. I was meditating on this verse because of the rise of martyrdom, and the Holy Spirit pierced me with my unwillingness to be a living martyr—and how that relates to my willingness to actually die for Christ, should I ever find myself in that position.

They Loved Not Their Lives…unto Pain

Because I love stories, I’ve always been interested in the news of the world. Sometimes I just play through the web, clicking and following and searching, finding all sorts of stories. I tell you this to explain how and why I’ve been aware, for quite some time now, of the increasing frequency of attacks in Western cultures on the very basic freedoms that enable Christians to thrive AND abide by the law – the First Amendment freedoms in particular. This slowly rising tide is starting to make life uncomfortable in new and surprising ways for Christians. There are tollbooths showing up on roads where no payment has really been required up to now. I’m not going to list and link these stories, because even people who aren’t really paying attention are beginning to sense something rotten in Denmark. I don’t want to get sidetracked here; I just want to paint a picture.

Nothing in this universe is perfectly still. In nature, entropy is the order of the day, and the world of humanity moves likewise steadily down into immorality and social disorder. I sometimes wonder if God’s grace, which is available to all, isn’t His power mercifully halting or reversing this steady decline for a moment (or a day or a week or so on), or in the case of salvation, eternally. But all roads in this world lead to the End Times, and everything we’ve learned about the natural order of things in the universe concurs. So it makes perfect sense that sooner or later we’re going to feel that pinch.

Do I think that Christians will be beheaded by the hundreds in America in the next few months? No, but that’s actually my point. The Holy Spirit lets me mull the vast expanse for a bit, but then He brings that glimpse into my own life and my daily reality. And this time He let me see with new and terrible clarity the ever-moving current of God’s universe in my heart, in my body, and in my relationship with Him.

I’ve considered myself “stuck” in a few areas of my life. I’ve used that very word, “stuck,” as if I’m frozen in place with no improvement. But that’s not true. I’m not frozen and I’m not stuck. I’m spiraling down. Every area of my life that I haven’t surrendered absolutely to God’s ownership is in a constant downward spiral. There’s no such thing as stagnant when you belong to Jesus. You’re either shining out in the miracle of Christ’s own Resurrection Life, or you’re in a downward spiral of death.

I went berserk when I first saw this, but the Holy Spirit didn’t let me stay there long. It’s too important for panicking. I see that this is part of what Jesus meant when He said, “Whoever wants to save his life will lose it.” Every place in my life that I haven’t surrendered to Jesus is in the inexorable flow of decay and death. It’s not just frozen there, holding steady. I found this shocking. I might be the last one to the party on this, but I really never saw it so clearly before. I’m dying in all the places where I haven’t wanted to die.

They Loved Not Their Lives…unto Death

Before the many, many martyred Christians in history were martyred, I think they were living martyrs. The Cross came for them daily, and they died. That intimate Gethsemane prepared them for the price the world exacted. Lost jobs, lost homes, lost friends, lost fortunes—to say nothing of the mental and physical pain experienced by so many. When at last death came to them, I wonder if the life of a living martyr didn’t so thoroughly prepare them that Jesus’ victory over death was as real to them as breathing.

If I’m going to die one way or another, I really would like it to mean something. I want the eternal purpose of Gethsemane and the Cross and the Resurrection. I don’t want a tombstone that says, “She died because she didn’t want to die.”

O death, where is thy sting? O grave, where is thy victory? The sting of death is sin; and the strength of sin is the law. But thanks be to God, which giveth us the victory through our Lord Jesus Christ.
1 Corinthians 15:54-57 KJV

Thank you Jennifer for this word, it’s piercing indeed!

“Before the many, many martyred Christians in history were martyred, I think they were living martyrs……”

Made me think of what Paul said ” for me to die is gain”. Ah, but he was only able to say that, because he first could say this ” for me to live is Christ”. There was only one reason for him being alive, Christ, nothing else, period.

“I beseech you therefore, brethren, by the mercies of God, that you present your bodies a living sacrifice. ….”

Well Jennifer, I had to look up “entropy” in the dictionary, and I am coming to understand”every place in my life that I haven’t surrendered absolutely to the God’s ownership is in a constant downward spiral”….oh come LORD Jesus and reveal to me the places that aren’t surrendered. There is no air to breathe in stagnation!!!!!!

“Every place in my life that I haven’t surrendered to Jesus is in the inexorable flow of decay and death…I’m dying in all the places I haven’t wanted to die.” He constantly steps up the great hope of living solely for Him. My thoughts of “I can do all things through Christ who strengthens me.” has just taken on a whole new realm. Yes, as Sam said, “Thank you for listening.” Thank you for sharing what you’ve heard. May God bless us all as we look to Him for Truth about the places in our lives which we have yet… Read more »

This word He brought today is of paramount importance. It is brutally radical, but it is true:

You’re either shining out in the miracle of Christ’s own Resurrection Life, or you’re in a downward spiral of death.

Before the many, many martyred Christians in history were martyred, I think they were living martyrs. The Cross came for them daily, and they died.