Job was a man with great wisdom.

Yet He knows the way I have taken; when He has tested me, I will emerge as pure gold. My feet have followed in His tracks; I have kept to His way and not turned aside.
Job 23:10-11 HCSB

When I ask for wisdom, and the Lord gives it to me, what do I do with it? Do I stand on it? Do I stay true to the way that God has laid out for me to follow? Or do I miss out on the full power of His wisdom by not fully committing to it?

John and I had a meeting with some local contractors and it was quite horrible. We knew going in that it could be difficult, so there was a LOT of prayer beforehand. Martha prayed over us that we would have wisdom, and lots of it. And her prayer was answered…abundantly. 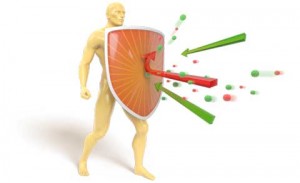 John knew exactly what he was supposed to get from the meeting and he stood on that wisdom through two hours of disrespect and outright attack. I watched as he remained calm and unperturbed while biting and uncivil comments were levied at him over and over. John could not be moved or distracted from the goal he’d been given. He committed to the wisdom God gave him and so was held and even carried through a truly terrible two hours with supernatural poise and graciousness. It was an incredible thing to see.

And how did I fare during this meeting? Well, that’s still a bit murky for me. John said I was given a different goal, and that’s true, but I did not experience – or exude, for that matter! – the same supernatural calm that John did. I told Martha afterwards that I wasn’t sure exactly how many angels were assigned to sit on my tongue but I figured at least five. There were times that I had difficulty seeing clearly because a red haze had fallen over my eyes. That meeting was a battle for me, from start to finish, and I’m asking the Lord exactly why that was so.

I think that I failed to commit as fully as John did to the wisdom I was given. I received it, but I didn’t hold to it as my new and total reality. That’s a true commitment! There’s a difference between receiving something and surrendering to it as the only reality. I brought the wisdom into reality as I saw it, a big part of the whole, but not the whole. That’s not a full surrender, so it’s not a full commitment.

That the Lord was with me and pouring grace out on me in this hellish meeting isn’t in question. He held my tongue when I needed to be silent, and He tempered my words when He asked me to speak. His mercies are ever new and His faithfulness is total. But I wonder if I limited God’s move through me by failing to commit as completely as I could and should have to the wisdom He gave me. Would I have experienced the level of immunity that John did if I had? Would it have been as much of a battle?

I am grateful for the grace I was given and for the angels who held my tongue. That was a gift of love. But next time, I’d like to experience the Lord in a deeper way. I want the full Psalm 91 provision, and the only thing standing in the way of that provision is me.

…for I will give you a mouth and wisdom, which none of your adversaries will be able to withstand or contradict.
Luke 21:15 ESV

Luke 12:11-12 And when they bring you before the synagogues and the rulers and the authorities, do not be anxious (take no thought / do not premeditate) about how you should defend yourself or what you should say, (12) for the Holy Spirit will teach you in that very hour what you ought to say.”

Our provision is in Christ, at the moment of need. Our eyes must be on Him, not ourselves, if we are to receive.

Oh dear! I almost feel the need to apologize. Is it terribly awful that when I got to your statement of; “I received it, but I didn’t hold to it as my new and total reality.” I literally laughed-out-loud!? My immediate response (after the laughing) was “forgive me Lord.” He also laughed, but let me know He and I were both laughing at me! Guess I need to visit that statement in some serious secret place time.

I love you Jen and am so grateful for the challenges you bring to me.

Amen. Grateful too for this itchy challenge and reminder: to stick to His vision.