Recently I watched an interview with Jim Caviezel on YouTube. Caviezel played the part of Jesus in the movie The Passion of the Christ, and the testimony he gave in this interview was amazing. (I encourage you to watch his testimony and his piercing challenge to the audience to embrace the Cross for Christ.)

The Battle to Surrender Your Life 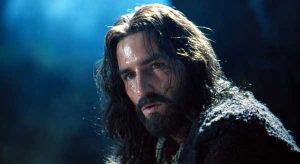 Beyond the interesting story of his part in the movie, this actor’s concept of the cross is rare and even shocking. It would be unusual in most Christian circles! Jim said at one point, “Everybody wants resurrection. Nobody wants suffering.”

For Caviezel, the film was a terrible personal suffering and he viewed it as his own experience of the Cross of Christ. “This thing (the movie) was birthed in pain. And it immediately threw me on my face.”

Twice he almost died. Once, in the crucifixion scene, his heart was so stressed that the doctor on the set said, “He could die.” And Jim replied, “I’m ready to go home.” He was IN – live or die – and he chose to continue filming even if that meant he would die! In the same scenes of the crucifixion (filmed in a real thunderstorm), his body was struck by lightning so powerful that flames appeared around his head.

Jim compared this Christian life to going into battle as a soldier. He wanted to be a Navy seal. “I want to give my life to something, and there’s nothing better for me than to give my life for Jesus Christ.”

The Battle to Love Not Your Life Unto Death 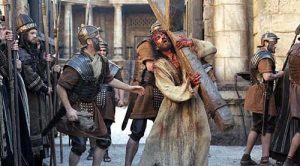 There was hideous warfare over The Passion of the Christ, before, during and after. I consider that if Jim had been unwilling to die, the movie would have passed as just another drama of Jesus, Hollywood style, and it would have lost its piercing spiritual power over people who watched. Jim Caviezel ‘loved not his life even unto death.’ And by that love for Christ, the enemy was defeated. The film became a phenomenon in the history of filmmaking and more, revealed the suffering of Christ like nothing our imagination could conceive.

And they overcame him (the accuser) because of the blood of the Lamb and because of the word of their testimony, and they did not love their life even to death.
Revelation 12:11 NASB

We plead the blood against Satan, and we quote the scriptures, but the third condition of victory we pass over—to lay down your life, willing to lose your self and all you have, to DIE for the Love of Christ. Only this is the ultimate defeat of the one who is Hate.

Jim spoke a radical word to his audience that only one who dies daily could speak: “If you do not carry your own cross, you will be crushed under the weight of it.”

The Battle for Your Commitment 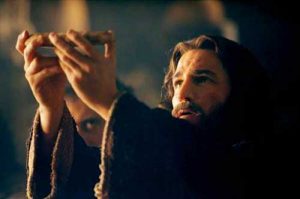 John just heard a powerful message about Gideon, and as it happens, I am also pondering Joshua. The Lord brings us over and over back to the issue that we are soldiers in a war. J. B. Stoney writes that we have the position as a Warrior but we are trained into it by boot camp.

I am startled and changed by Jim Caviezel’s commitment to die for Christ. I remember being in a third world country and there was a crisis going on. We were standing with Christ about it. One on our team was just not in the war; she was talking about herself and distracting everyone. John said later, “If we had been in battle, I would have turned around and shot her.” Not really, but the point is that in this Eternal War you have to be so committed to the Cause of Christ, you are willing to give your life.

A number of times I have weighed certain puzzling relationships on this ground: if we were in a battle would this person die, or flee to save their life? And the answer is always obvious. Those who are willing to die for Christ can form a unit of unbelievable power and favor of God. But those who want the blessing but not the cross endanger the whole and can bring entire defeat to everyone else.

To die for Him, that is the true Body of Christ.
Anything less is division and betrayal.

To Lose Your Life is to Find It 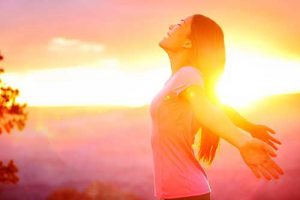 I heard a soldier say that when a man goes into the battle, he has accepted that he could die so he is already a dead man. When that is a fact for him, there is no cowardice. There might be fear, of course, but no retreat. He is committed to the point of dying.

The same is true for believers in Jesus Christ. The decision must be made before the battle, and that choice is made instinctively by a radical love for God. So when the time comes to lose your freedom, your home, your reputation, and your loves, you really don’t see but that one sacred choice of surrender: “I die.”

That must be true of us who follow Christ. Unless we follow Him to DIE to self we are NOT following Him. All for Him! Not even 90% commitment will do. That is close but falls fatally short of utter dying. There is no such thing as being 90% dead. There is only dead and alive. Dying is the only total surrender.

To lay down your life for Christ is the pivot of every destiny, the question of spiritual reality, and the hope of eternal reward – the very Presence of Jesus.

For whoever wishes to save his life will lose it; but whoever loses his life for My sake will find it.
Matthew 16:25 NASB

Thank you, Martha for this rousing call to true discipleship. If we are to follow Christ, we must take up the cross: an instrument of death!

Jim Caviezel is a real inspiration and example of what true Christian commitment is all about. He puts many evangelical Christians to shame, as many of them think that Catholics only have religion and not relationship. Clearly Jim is not one of them!

Clearly not… I didn’t know that Jim was “catholic”! Clearly I need to grow in Jim’s same kind of commitment! (Lord, have mercy…)

Thank you Martha, for your timely reminder. Very interesting the video, I didn’t know the details of Jim’s burden. I have seen once the movie in a theater and I did’t want to suffer it again. I have it in HD, but I have never seen it again. And probably I am not alone in this matter. The movie is that good. There are scenes of extreme brutality that maybe were not exactly like that… but it doesn’t matter, because what it trascends is Jim’s commitment to Christ: his embrazing of suffering and the cross. That’s the power behind, hidden… Read more »

More than interesting… Jim’s testimony is a shocker.

Yes, Sam, I too have a copy of the movie, but cannot bring myself to watch it again!! Isn’t it amazing and totally beyond our comprehension to consider that the Scripture says, that “it pleased the Lord to crush Him” Isa. 53:10…all for my sin! 🙁 What unspeakable, incomprehsensible love!

Yes… and as you know, the Scriptures say that He endured all of that mess just for the joy of having you and me with Him in His Kingdom… “the joy set in front of Him” was precisely you and me being able to come “to the Kingdom of His Father”.

There is no greater love that I know of. Well… maybe the love of the Father to send His only Son to do such a thing was no lesser love.

Bless you for sending the U-Tube interview with Jim Caviezel, I would not have heard his testimony: the very real suffering and his commitment to Christ. I was shuddering while watching, it took me back to watching the movie and experiencing the torture that Christ suffered and then to hear that Jim had literally been struck by lightening and his shoulder continually being out of joint made me love him even more for his commitment to Christ. Thank you for calling us to face the truth that we are soldiers in a war and ask “Am I willing to carry… Read more »