Bitterness is rottenness to the bone.  In anger, I tried to find an alternative to God’s love, but it just wasn’t there.  Everything that promised satisfaction left me emptier and emptier.  I was set on a path to find Him, and it was Him I had to find. 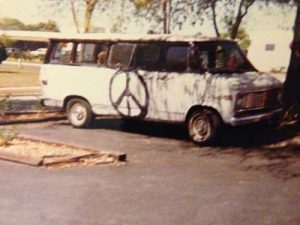 So one day, living in a van, God came a-knocking.  The details of this event are found on the CDs of the “Love Reigns” conference, but suffice it to say, God came and confronted my bitterness with an ultimatum: “You are either going to live for Me, or I am going to take you out!” Though this wasn’t my first audible hearing of Him, it was His most direct. By this point in my journey, I was no longer merely desiring, I was now LOUDLY demanding with complete entitlement. I responded to the King of Glory, my Creator, with, “Well, that’s not much of a choice.” I had felt betrayed, and now I felt put upon.  I guess if I was cognizant of my total message in those words, I would have said, “Okay, let me get this straight.  I’ve sought you for 20 years and here on this 20th day of March, You come and say, ‘My way or the highway?!’” Though I didn’t give a resounding yes-yes-yes, from that weak, affirmative statement forward, everything in my life has been different.

Testimony of Leaving My Rebellion 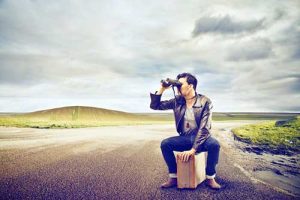 Over the next year, He slowly extracted me from my quagmire of rebellion. He cleaned up the externals and lit a new hope that my hopes would be realized.  During this year, I did actually get saved and start going to a seeker-friendly church.  The messages were fresh and alive. I was so excited.  Finally, I found a place that spoke about relationship with God.  But after a few years, the queue of entertaining messages started to wear thin, and I began to say to God, “Where are You?” Then proceeding a church split, I went with a new pastor who said we were going to experience an Acts-type Pentecost.  And after being there for a few years, I finally spoke up and said, “Um, where’s the beef? We aren’t experiencing Pentecost, this is just the same stuff in a new building.”  So off I went on the charismatic Christian conference circuit.  I went to every possible meeting that promised God’s manifest presence.  I now had a new life and heart, but I still didn’t have the intimacy I was yearning for with the Lord.

And as I stated in “Extracting Love,” I was called an “oak of righteousness” because though the masses were slain in the Spirit, I was left standing alone.  This rang the bell of my previous deferred heart-hopes, which made me sick (Prov. 13:12).

Now does this ring true for you? You’ll see that my next steps might have expanded my vision and understanding, but not without a few knocks on the chin. Come read more of the testimony.

[…] I stated in my last post, I began searching for God in the charismatic Christian conference circuit.  For any kind of glory […]

Selfish little babies are we!
It’s that terrible leap from knowing God with our souls to always seeing God clearer in spirit and truth that at first we have no idea exists. Then God shows it to us and we run from it. But there comes a God timing in our life, and if we jump, we don’t land, we fly…

Eagerly waiting for the conference messages to hear your testimony closer… So, you tasted almost the whole gamut of systematically men-controlled traditional Christianity. It seems it doesn’t matter the “building”, the outcome is the very same. When will we understand faith is a lonely walk of deep acquantance with a Close One, walked out in raw responsability? YOU have to walk it out, not “the group” first place. “Shulamite Ministries” is the result of this latter, and every move of God is walked out the same: An intimate personal death and life NARROW pathway. Not a “BROAD massage for the… Read more »

You said it so well Sam. I’ve been the gamut too, but I also know God doesn’t waste anything. Thank the Lord He turns all my mistakes into His marvelous revelation in my life.

“Alone” (it is from Martha)