Something was blocking my path to God and I knew it. I felt it. I kept asking God to show me the sin that had blocked my way to Him. When I went to Martha for help, she suggested I read Spiritual Authority by Watchman Nee. I had read that book a zillion times and did not want to read it again. But out of obedience, I picked it back up. This time a whole world of His light was opened to me.

When I read the part about the earth swallowing up Korah and company because of their rebellion, I thought, “The earth should have opened up and swallowed me because of my rebellion against authority. Oh wait, it did!” In a sense it did, because when I was rebellious and out there not under any authority, I was in death. And if I was in death, that meant I was in Satan and on his ground. 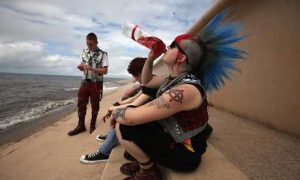 Because of some childhood experiences, I feared and was terrified of authority. So I chose to rebel against all authority. I believed the lie from hell that all authorities would hurt me and I refused to submit to any authority. I would take care of me, thank you!

I have been independent and rebellious my whole life. Even when I was first awakened to the Lord, I still never accepted or received His Word that all authority is from Him.

Everyone must submit to governing authorities. For all authority comes from God, and those in positions of authority have been placed there by God. So anyone who rebels against authority is rebelling against what God has instituted, and they will be punished. For the authorities do not strike fear in people who are doing right, but in those who are doing wrong. Would you like to live without fear of the authorities? Do what is right, and they will honor you.
Romans 13:1-3 NLT

I was proud, and in my pride I was blind and delusional. I knew better than God, I was better than God, and I deserved better from Him. I put myself above God and believed the lies of Satan. All my life was in death, and the root goes back to the beginning of my story.

Whoever curses his father or his mother,
His lamp will be put out in deep darkness.
Proverbs 20:20 NKJV

What I deserved was death. But what I got was love, mercy, and grace.

In my pride and rebellion, I was bitter with God and defiled many with that bitterness. I was hardhearted and cold. Many years ago I realized I was without empathy, unfeeling. Now I see it was because I was blind in my rebellion. I was full of self-pity. In that self-pity, I was kind and gentle with myself, and I believed I was kind and gentle generally. That was another lie from hell. I was blunt, harsh, cold and brought death to those around me. 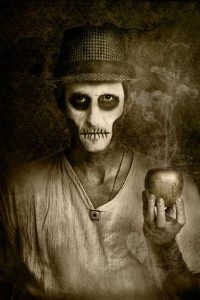 The Lord in His authority was there the whole time. He was trying to teach me to live His way, on His path. He kept putting me under authority, but my answer to Him was always a big “NO.”

When I first saw all of this, I began praying to receive and submit to God and all the authorities He’s delegated in my life. I had a moment of sheer terror at first, but then I began to say, “NO, it’s a lie. Authorities will not hurt me. Forgive me, God, for believing the lie. Forgive me for my sin of unbelief and rebellion against You.”

All of the authorities that God has placed over me, beginning with my parents, have been excellent and perfect for my life and my destiny. Oh, the wasted years! I am in deep repentance now for my rebellion. I was blind but now I see. I think at the root of all my sin is pride.

Praise God, for His mercy and lovingkindness are everlasting!

I am confused, I would like to submit to authority, but I am scared . I was raised in a cult like church where I needed to do even what I did not believe, I was resentful and depressed . My confidence was shifted from being in God to man

Yes! God bless you for sharing this! It has helped me understand more about rebellion and about God’s forgiveness. You’re impacting the lives of so many people through writing about your journey.

Bless you Jacquelyn. It takes the strength and grace of the Lord within to bow our will and allow His Truth to shine through as a witness. Such a clear example of His healing in your most hurting parts. Thank you for your obedience and vulnerability in sharing.

Jacquelyn, thank you for this inspiring and encouraging post. It truly blessed me and the Christ in you radiates so beautifully.

So blessed to meet you last year at the Shulamite conference. Wish the experience could have been repeated this year. Blessings always!

Jacquelyn, your confession and repentance blesses me! Who hasn’t been there to one extent or another?! This is just one reason Father is so precious: we rebel, go our own way, disregard the blessings He wants to give us until we’re destitute, physically or spiritually. So we finally admit that His House was a much better place to be and we start for Home. But long before our arrival, Father sees us and HE runs to us, filthy and stinking as we are; not keeping account of our sins — He embraces us, gives us His ring of authority, covers… Read more »

This is a remarkable, remarkable blog!
What a courage, what vulnerability and what insight to write this!
Thank you for this gift! Who doesn’t struggle with that issue? Your writing is both a great challenge and a great liberation by simply speaking Truth!

Thank you so much for this! I needed it badly. I set myself to follow you on this path of obedience! Love and blessings on you for sharing.