When I am not obedient to the Holy Spirit’s call for spiritual confrontation, I am not just disobedient. No, I am actively engaged in spiritual capitulation. If God calls me to confrontation and I refuse, then I have just capitulated to the enemy. It is almost horrifying to be so uncompromising in a world that shuns absolutes, but there is no way around this. After reading Carole’s post yesterday in defense of the great Love behind confrontation, I was also reminded of what’s at stake.

Giving an honest answer is like giving a kiss.
Prov. 24:26 CJB 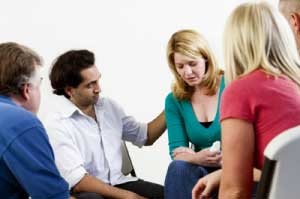 When you love someone, you tell them the truth—WHEN AND HOW God tells you to do so. (That’s the permanent caveat to the entirety of the Bible, so just imagine that I’m appending it to everything I say from here on out in this post.) Most of us aren’t terribly fond of spiritual confrontation, and I know at least one big reason why that is. We look at our loved ones ­– spouse, parent, child, sibling, dear friend – and we don’t see anything but them. We see their faces and imagine them contorted in anger or pain or hurt. We see their eyes and imagine them filling with tears or widening in shock. We get so stuck on the ones we love that we completely forget that it isn’t them we’re confronting.

For we wrestle not against flesh and blood, but against principalities, against powers, against the rulers of the darkness of this world, against spiritual wickedness in high places.
Eph. 6:12 KJV 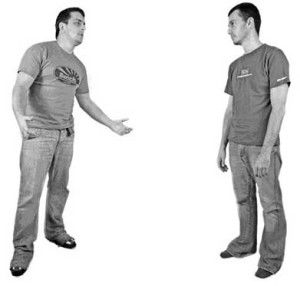 Instead of focusing on the person you love, see the darkness that binds them. Discern the torment they endure day in and day out, just as you once did. Remember that they are no less imprisoned than you were, and no more capable of freeing themselves either.

It is costly to confront someone that I love. There is an agony of surrender that is unavoidable, because there’s always the possibility that the relationship will not survive. And to surrender to that loss is no small thing. They could also respond with a campaign of rage and bitterness, smearing my name high and low. But none of that compares to living with the knowledge that I didn’t fight for their soul when God asked me to—how could I bear that?

Spiritual confrontation is no small thing precisely because we DO NOT wrestle with the ones we love. Maybe they choose to stay in darkness and we lose them, but even then we are God’s vindication that they do not go ignorantly into darkness. The only true defeat occurs when we concede the battle before it’s begun and surrender to an enemy that has already lost.

Very well said, Jennifer! I woke up and the word capitulation rather popped into my mind. I did not know what it meant and upon Googling the word, i thought it could be applied to the Lord, as to surrender our hearts and life’s to Him. But, I realized it was not the case, in that capitulation speaks of giving into unreasonable demands and this would more so reference giving in to the enemies coercion in us, of his intent to – steal, kill and destroy what God is working within our lives, by His love, mercy and grace. It… Read more »

Jennifer, I really like your “permanent caveat”! I have really made some big messes in confronting when and how I wanted to do it and not waiting to hear and obey the Lord’s when and how.

OH , may there be many like me that are confronted by your post. May I be faithful to answer HIS call. May HE continue to bless all that have confronted me!!!!

“It is costly to confront someone that I love. There is an agony of surrender that is unavoidable, because there’s always the possibility that the relationship will not survive. And to surrender to that loss is no small thing.” Anything I believe is a cost to me is a lie of the devil. ALL cost has been covered by the precious Blood of Jesus. I need only to take it (my perceived cost) to the Cross. If confrontation happens “WHEN AND HOW God” plans then all consequences are up to Him. He is good (Mark 10:18) so if my flesh… Read more »

Thank you, Jen…it’s pretty sobering to consider that failure to confront is capitulation to the enemy! Such a crucial and important insight and motivation…Thank you for your message today!

Thank you Jennifer. Poignant… as always.

Indeed in His Kingdom everything comes to the Light, so that all things are exposed as what they really are, so that Christ’s righteousness is manifested as such. These are called: “The good news of the [amazing] righteousness of Christ, shedding His Light over the whole world”.

And His children rejoice in that Light, because that Light brings ultimate joy.