(Jennifer wanted to re-post this blog entry, coupling it with yesterday’s post in case you didn’t click through the link at the end of Spirit Words or Goodness. As I re-read it, I was truly blessed. I hope you will be as well!) 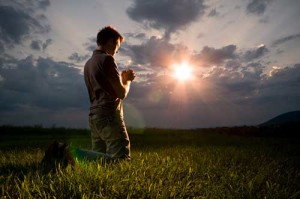 I have realized something about prayer.  When I first became a Christian I thought prayer was about talking at God.

“This isn’t right.”
“You should change this.”
“Can You make this better?”

I assessed my world and saw what I thought needed to change and then advised the Lord how it would work so much better as I saw things.

I have met many who are committed to their paradigms.  So dedicated to their own that there aren’t many others. But like a shell on the shore, life’s waves have tossed me against the sands and made me a bit smoother.

“The function of prayer is not to influence God, but rather to change the nature of the one who prays.” ― Søren Kierkegaard 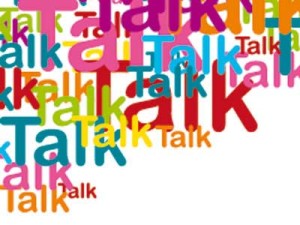 We go about prayer in much the same fashion as we go about other relationships. We want to be known rather than to know. I witnessed a woman in the feed store the other day.  She talked and talked and talked and the merchant was kind but obviously uninterested.  Details from her flowed like a river and I just sat back leaning on a pallet of feed and watched.  She so wanted to be heard that she was completely unaware of anyone but herself.  Oh I sank, “God do I desire to be known more than to know?”

Shhh . . .  What I have gleaned of prayer is that it is more about silence than speaking. With the Lord, the power of prayer is in listening more than talking.

When you pray, don’t ramble like heathens
who think they’ll be heard if they talk a lot.
Matthew 6:7 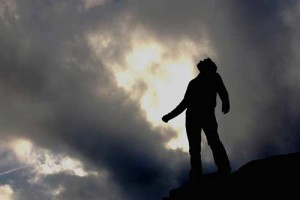 Yes, there is a dynamic of dialog with God that brings Him joy, but a prayerful heart is a listening heart.  The Master and Creator of the Universe who has expansive vision and understanding wishes to speak to you and reveal His heart and mind to you.  It would be a travesty to fail to provide Him with a listening ear and receptive heart.

But this takes time.  It could be the hardest work of life.  To still the busy mind, bombarded with a world of words, is like attempting to push back the tides of the ocean.  It is a practice, a preference and a work of God’s grace.  But the magic of this is that He will take you up when you stop and listen.

“Prayer [is] the quiet, persistent living of our life of desire and faith in the presence of our God.”
― Andrew Murray, With Christ in the School of Prayer

James 1:19. Understand [this], my beloved brethren. Let every man be quick to hear [a ready listener], slow to speak, slow to take offense and to get angry.

0
Reply
My Squeaky Wounds | Get Along With God