I would like to note something here as an addendum to my last post. First, Inquiry is always the answer to paradox. Actually, I showed in that post that it’s always the answer “period,” but especially in paradox. Today I want to proclaim, the church is not behind, she has the mandate to use His authority in our world.

“Christ is also the head of the church, which is His body. He is the beginning, supreme over all who rise from the dead. So He is first in everything.”
Colossians 1:18 TPT 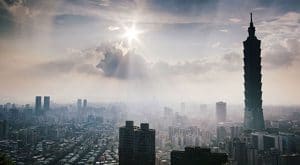 I do not believe that the Church of Jesus Christ is to play catch up. We are being trained to rule and reign under the government of King of the Universe and this is not a mop up job, but a position of ruling. The enemy would love us to believe that we are the tail and only have the right to fix messes. Our God does not lead us to this passive role in life. Our connection with Him is to bring heaven down to earth. We are not relegated to running about putting out earth’s fires. Heaven is our fire and heaven rules earth NOW, no matter how it appears.

Ask Me, and I will make the nations Your inheritance, the ends of the earth Your possession.
Psalm 2:8

As the church we HAVE authority and must use it or it will be used against us. But here is the key, our authority is under the King. We aren’t dictating our mind, but rather His. If we are not hearing His Voice, we can’t be ruling under His edicts.

As Ambassadors of His Authority 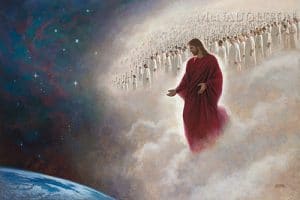 Can you imagine an ambassador going rogue in the name of a leader? That scenario would be rebellion, and when that ambassador was found out, they would be eradicated. This is not how authority is to work with our Heavenly Father either. He is The Ruler, we are just the point of contact for His ruling—ambassadors on earth.

We are called – Nevertheless, hold fast to what you have until I come. And to the one who overcomes and continues in My work until the end, I will give authority over the nations. He will rule them with an iron scepter and shatter them like pottery —just as I have received authority from My Father (Revelations 2:25-27).

What is the reward of abiding not deciding? Of bringing Heaven to earth. They are great indeed!

“Who is the one qualified to oversee the master’s house? He will be a reliable servant who is wise and faithful, one he can depend on. The master will want to give him the responsibility of overseeing others in his house, for his servant will lead them well and give them food at the right time. What joy and blessing will come to that faithful servant when the master comes home to find him serving with excellence! I can promise you, the master will raise him up and put him in charge of all that he owns.
Matthew 24:45-47 TPT

The Privilege to Rule and Reign 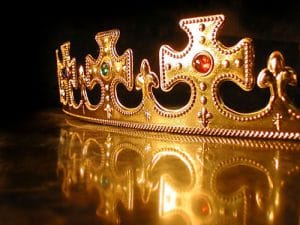 The consequences of failing to rule and reign on this earth are just too great. We would be missing the purpose we were saved for. Our Lord brought us into union as Christ’s own body. We are ONE with Him, and are to represent His Life and glory NOW. The world should see His manifest presence in our frames, whether that is gracious kindness or table turning wrath. Again, His mind, His Will, His actions. One element is ALWAYS present. Love! Our God is Love and all His deeds are love. We are ambassadors of Love, not feelings but stable unconditional Love.

Christ is The Head not the tail. And we who are in Him are as well. By listening to Him we have the heart of our sovereign and can in faith stand for His Will in Heaven be done on earth. This boot camp of sorts is a training for the coming Kingdom and the Ruling Lord. Imagine, we are invited to be eternally with Him seated on His Throne of Grace. Such a holy privilege, and all the incentive needed to exercise that responsibility now.

John!! I heard your proclamation! Yes! Christ’s ruling church is seen through faith! And manifests love! Two things that are invisible and meaningless to natural vision.

John, thank you for this word and encouragement which was greatly needed today. Even in our local body it is so easy to look at the overwhelming natural, and miss the supernatural work the Lord is trying to do. And it is so easy to try and depend on our logic rather than listening to the Lord. I thank the Lord for His power, His wisdom, His will, and His Kingdom of Heaven which is so much bigger than what I can see. I stand and declare Christ is the Head and not the tail and Heaven rules earth, now.

Yes, Celia! We have the ability to see the reality that has always been there. This overwhelming is only a stage to witness the King of Glory!

God has given us ‘His Say’ to say, in heart & word & presence & living. He is not constricted or reticent…& we’re given His fullness to freely live it, & love in it & reign in life in Christ Jesus! Why look on as if powerless….All power & authority & Love, are in Christ, & we are His body expressing His Glory! Oh how we want Him to be known! This is His Moment!

For sure Helen, this is the moment for Him to shine in us! Fire always tests the substance of which we are made. Dross will burn up, and His purity will be revealed. Love ya Helen!

May we truly rise up and become His “Warrior Bride”, releasing His government in the earth. Thanks for this word John.

Yes Judie, If this has ever been needed in our generation, it is now. We are not only seeing our responsibility, but the dire need. I guess we have been brought to the place that we would require Him as our vital necessity. Circumstantially it is perfectly laid up for us to BE rather than become who we are in Him.