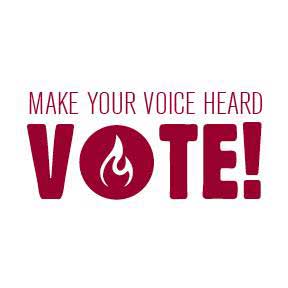 For years I have believed that my vote was a right, but also my responsibility. I assumed that my vote could affect change and shape my world with my values. Essentially, I voted for whom I wanted in office because of their views, and then they would govern with those views to create laws that follow those values. Sounds simple, huh? What has quickly become apparent though, is that my train of thought is erroneous. And now that I think about it, it’s probably even counter to my faith.

I say all this not to tell you that I’m no longer going to vote. Again, I believe that in the political governing system that we live in, it’s our responsibility to vote. We live in a representative democracy and that’s where God has placed us. We shouldn’t rebel against His choice just because it’s not going the way we think it should.

Does My Vote Count? 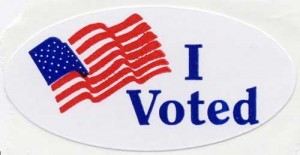 Here’s my frustration. I vote with my values to elect officials to communicate those values and set them into law. What actually has happened is nothing like this. My officials don’t represent my values at all, even though they campaigned proclaiming my values as their own—taxation without representation much?!

OK, so on to the actual purpose of this post. This is not a political rant; it is a reality check for me. I have trusted in my vote to mold my world, and that is not Biblical. “If My people, who are called by My name, shall humble themselves, pray, seek, crave, and require of necessity My face and turn from their wicked ways, then will I hear from heaven, forgive their sin, and heal their land” (2 Chronicles 7:14 AMPC). Prayer is my vote!

Prayer is My Vote! 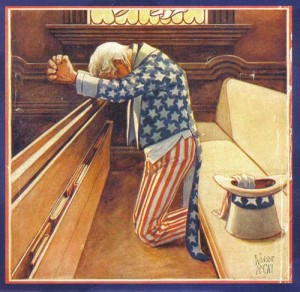 I can effect change in the world for God with any leader in office by prayer. I can seek His face, and not the face of man, to make my world peaceful. I have heard Martha’s husband quote Lord Acton many times, “Power tends to corrupt, and absolute power corrupts absolutely. Great men are almost always bad men.” To put faith in man is to put my faith in foolishness. Man is but dust and can only act as such. But God, who is over all, is faithful and true, trustworthy and reliable.

I’m not going to entrust myself to man’s goodness and honorability to rule my world. Why? Because we have neither the means nor willingness to do rightly. But the Kingdom of God, of which I am a part, moves and motivates man’s heart under the Will of the Father. No man is in office outside of God’s authority. He Himself appoints our rulers, says the Word in Romans 13:1. And He turns the hearts of kings to perform His Will. It’s not my vote that leads a king; it is the King who directs our kings. And as I seek my King and pray, He will affect my world for Himself with the values that He has given me.

The king’s heart is in the hand of the Lord, Like the rivers of water; He turns it wherever He wishes.
Proverbs 21:1 NKJV

Born blind, aren’t we!? But for Him!
Dirt and spit have use! In His hands!
We are healed! He is glorified!

Now we see! Unknowingly, Him!
HE reveals who He is!
Then those that see are blinded…

Love this!!! Being blinded by His amazing Light makes us blind to the distractions of Satan to see Jesus and His Way. Being blind with Satan only distracts us from actual seeing, all-the-while thinking we can.

You have a surprise on the way to Brazil……🥳

Thank you for sharing your walk with God. This post really hit home for me. It’s so easy to lose focus on what is most important (God’s will),and allow ourselves to be consumed by what we have decided is important.

It so is! Deciding what is important is a perfect way to say it. Thanks for commenting Ed, love you too.

Did God appoint Hitler into power?

Thank you for your question Richard. For many, this question has become more of a statement than a question. One I am super familiar with! Long story short, yes, every ruler from Nebuchadnezzar to Hitler, ones that are cruel to the ones that are godly. I extensively go into every arena of God’s Sovereignty in my book The Sovereign Touch, which arrives today. In it I even discuss corrupt and evil political leaders. While it is starkly presented, the Lord worked His amazing words that they are super invitational to come and know Him. No small feat indeed, and one… Read more »

Both Joseph and Daniel were men in deep relationship with God. They functioned under unGodly leaders and yet are not recorded as being bitter or even frustrated with those leaders. They knew that God, not a ruler, is Sovereign. They were able to SERVE in the administration of unGodly pharaohs and kings; these men of God were IN the world, not OF the world. Because Daniel submitted to God’s authority on earth, one king even acknowledged the God of Daniel as THE one true God.
Thank you for the insight, John. Praise and blessings to the One Who Is.

OH JOHN, may I stand with you on the LORD’s side and pray to our KING after confessing and turning from my sins.
You have definitely touched and reported our KING’s heart.