We don’t GET our reality by telling others and ourselves what we believe reality is, that is just propaganda. We get our reality from the Truth (Who is Jesus) and He tells us our reality.

Our reality comes from TRUTH not conjecture! Basing our reality on what we think it is or should be, is a backwards way of doing things and sets us up for deep delusion. 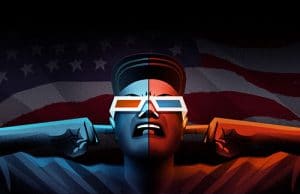 I know people who try very hard to convince others of their reality in order to influence Truth. They become evangelist of their adhered to “reality,” which simply makes them a false prophet. They propagate lies to influence truth. These individuals believe that if they tell someone something long enough, eventually it will get into the psyche of the hearers. It is a haranguing until the hearer believes it as fact. Does any of this sound familiar to our current events?

This is what many influential voices are doing right now. They are repeating their chosen reality over and over and over…until we either buy what they are selling or give up defending actual Truth. They are simply propagating their “reality,” which is a lie, by calling it truth. This has nothing to do with the truth because Truth is a person and our reality comes from Him.  Everything else is just a tactic.

“You are the offspring of your father, the devil, and you serve your father very well, passionately carrying out his desires. He’s been a murderer right from the start! He never stood with the One who is the true Prince, for he’s full of nothing but lies—lying is his native tongue. He is a master of deception and the father of lies!
John 8:44 TPT 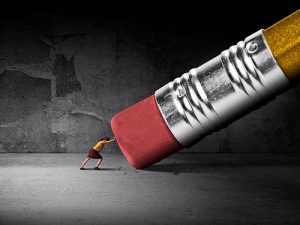 There is a plot afoot and I wish it was isolated to just one arena, but it isn’t. This scheme is on a mass scale. This is why it is imperative we remain affixed to our Shepherd and listen to only His voice. The onslaught of dissenting voices is geared to take us under. This is all that Satan has, who is behind all these lies. He is playing his hand to the hilt, and so would you in his position. If you had only one broken paddle in a canoe going over the falls, you wouldn’t refuse to paddle because you weren’t fully equipped. No, you would give it your all because that is your only option and you have nothing to lose.

We are witnessing the rats running to the front of a sinking ship. The way we remain afloat in this season is to remain connected to our Lord and listening to His voice. It is a Life or death proposition.

The thief comes only in order to steal and kill and destroy. I came that they may have and enjoy life, and have it in abundance (to the full, till it overflows).
John 10:10 AMPC

I agree. I have been staring into this dark tunnel for a while and it is very clear to me that a life based on what’s happening has no light in it… Facts don’t prove anything, not even that we are right or that somebody else is wrong… Facts can be twisted, blown up or shattered by anyone clever or loud enough… The work it takes to live there is never ending and life sucking. Because Truth is Him, reality becomes a place of relationship… Life transcends reality and we walk through it without that heavy feeling of being stuck… Read more »

To start with The Truth, Jesus, will pierce through the layers of lie. We don’t dig through the lie to get truth, out-in; we’re in-out, kingdom children. Chaos raises insinuating question, as if based on ‘something’. All God’s promises are yes & amen…based on HIM. Lie takes. Answer, Jesus, Gives, Lives! There’s a bombardment of ‘information’, that usurps. We are in-formed by God. I must stay within the range of my Shepherd’s voice, where I have all I need. What a place Truth, Christ, is, to Live! “Truth is a Person, & our reality comes from Him.” What messages these… Read more »