What is the power of living under a leader you neither like nor agree with? Many of us curse and rail about the leadership that God Himself has placed us under. I hate to say it but this is just rebellion, a rebellion I myself have to keep in check! My disagreement with my leaders doesn’t justify my reviling of their authority.

Now that was a downer…boo, John! Okay, how about some good news? In Christ, I am rich regardless of what my authority does or does not do. First, I’m called to pray for the leaders that God has placed over me. This is my responsibility as one who is under God’s authority, and with it comes the promise that we can live peaceful and quiet lives marked by godliness and dignity (1 Timothy 2:2b). 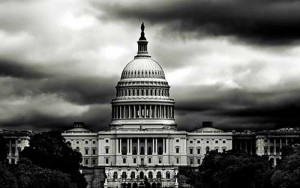 Once a leader is in their place over me, I’ve been properly introduced to God’s own choice. “Let everyone be subject to the governing authorities, for there is no authority except that which God has established. The authorities that exist have been established by God” (Romans 13:1 NIV). And when I submit and surrender to God’s choice, a brilliant world opens up to me. I can come into a “Daniel” reality. A reality where every knee will bow before the Lord, regardless of political policy or human agenda, regardless of how it looks in the moment. 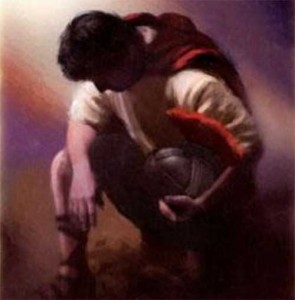 True men of God like Daniel and David lived in difficult situations, not beneath their circumstances but rather over it all in Him. I can often mentally clean up the stories of these Bible character’s lives. I can forget that these humans had real prolonged struggles and yet by faith were victorious.

Daniel lived under a cruel and tyrannical king. What I see is that the crisis Daniel lived through made Daniel. Daniel was given the riches of the Kingdom, IN his fire. Yes, the scenario of Nebuchadnezzar served to bless Daniel and train him to rule and reign from the heavens. He was being given an eternal reward and gift within the trouble. If he had stood up for his RIGHTS or rebelled against his wicked leader, he would have robbed himself of the treasure God was wishing to bestow on him.

What if I Don’t Agree with My Authority 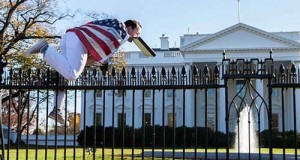 While we may or may not agree with our authorities and leaders, could it be that God is wishing to give us a gift IN the adversity? Could the political stage that causes us such angst be the very vehicle of delivery to give us an eternal reward and blessing? Are we being called to a vision beyond mere despots and potentates? Are we being trained for an eternal position in a temporal situation? And if the climate wasn’t so polarized, chaotic and unpredictable, would we be given the training we need to rule and reign with Christ forever?

I can get just as crazy as anyone watching the three ring circus of US politics. I’d fume and rail when things go in a direction I think is incorrect. I can sit dumbfounded with my mouth hanging wide open when I hear the rhetoric and spin that seems more destructive than constructive. And all the while God has set up a training ground of my testing and proving.

Daniel was made IN Babylon. David was forged IN the wilderness. And each of us too will be formed IN our own fire of forming. I don’t want to miss the opportunity by fighting the very appointed provision of God. The trouble can be the making of us, rather than the prevention of it. To curse the adversity is to curse the very place and stage that is set in place to make me who I will be with Christ throughout eternity.

I highly recommend the CD series Daniel, God’s Man by Martha Kilpatrick. It’s so powerful in how to live under any authority and in every situation, reigning and ruling rather than reeling and resisting.

This is so powerful, I pray it will be sent far and wide!

I agree with you Martha, this revelation is impacting me greatly and I want it for as many as would have it. I believe it is life.

Bless you, John, for this encouragement !

So pleased it spoke to you! Love you Jean!

It sounds like an invitation from Holy Spirit!
Love!

Thank you, John. God is speaking loudly — Yesterday, the message from the Word that the Lord spoke through our pastor was regarding “opinions” and “opportunities.”
OK, OK . . . I finally receive it! This also reminds me of another post you wrote way,way back and it was during another time you were ‘fuming’ about this same thing (first election, re-election: not sure), but then God gave you a word: “I need Obama.” And that was the end of the story.
No matter who this time — still God’s choice and our opportunity.
Love

I clicked on LIKE because you have given me God’s word but I confess that I am “guilty” of criticizing God’s appointed authority. There is no wiggle room in this writing for allowing me a personal opinion.
“I don’t want to miss the opportunity by fighting the very appointed provision of God” Bless you JOHN, now I gotta run to check my inventory for DANIEL, God’s Man